After decades of false starts, flying cars are finally becoming a reality. A revolutionary flying taxi has been unveiled by German start-up Lilium. And the company claims the vertical take-off flying car could become a regular sight in our skies within six years.

The electric jet-powered five-seater aircraft is designed to fly up to 186mph (300kmh).

While a smaller version of its novel plane flew in 2017, Lilium described that the maiden flight of its full-scale prototype as a “huge step”.

The german firm has already attracted more than £87million (€100million) in investment since its founding in 2015.

And Lilium has set ambitious targets of offering Uber-style, app-based air taxis by 2025.

The latest model, boasting room for a pilot and four passengers, is the template for Lilium’s mass production model. 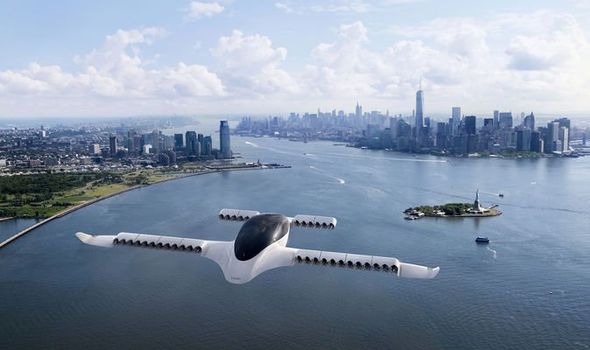 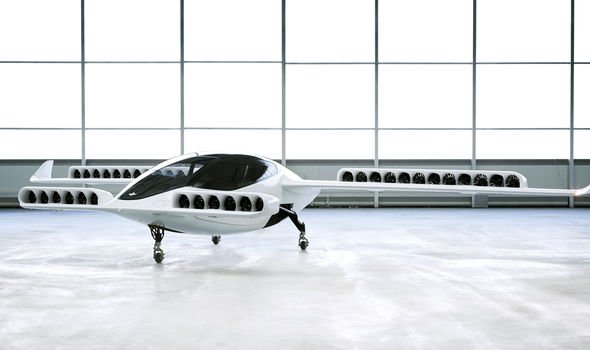 With sufficient economy of scale, Lilium estimates fares will be approximately £55 ($70) per head for a cross-city trip.

Daniel Wiegand, co-founder and chief executive, said: “We are taking another huge step towards making urban air mobility a reality.

“The Lilium Jet itself is beautiful and we were thrilled to see it take to the skies for the first time.”

The flying car’s relatively simple design, beyond the 36 electric jet engines required for vertical take-off and landing, is thought to make it safer and cheaper than its competitors.

And once airborne, the power needed to cruise is little more than that of an electric car.

Its fixed-wing design gives the Lilium Jet a longer range than competitors with drone-based aircraft, which consume much more energy keeping airborne.

Lilium will now seek certification for its new plane through rigorous flight testing, the next landmark being to move the jet seamlessly from vertical to horizontal flight.

Although many people might have reservations about Lilium’s stated ambition – “a world where anyone can fly wherever they want, whenever they want” – Mr Wiegand said that the firm was trying to meet society’s demands for quiet, green urban air travel.

Remo Gerber, chief commercial officer, said the jet made around 20 percent of the noise of a helicopter. 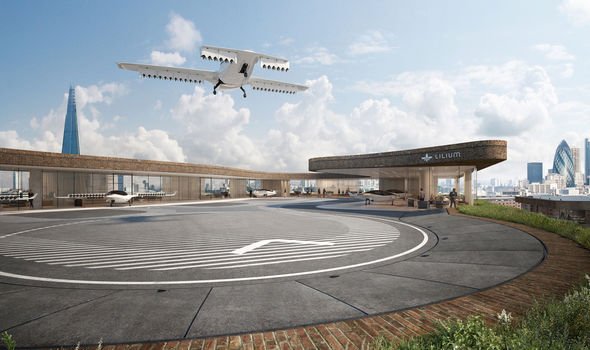 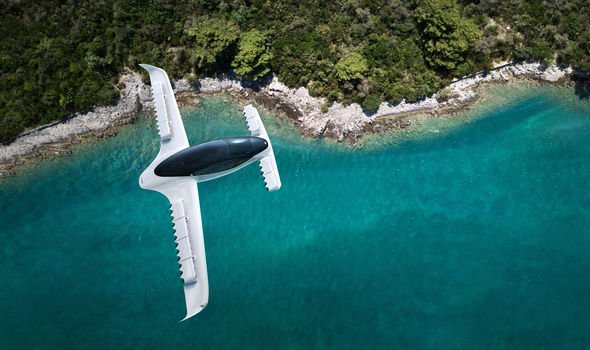 He said: “You could utilise this in cities where people live, it’s totally electric powered. This is very different.”

He continued: “You would be working with regulation around the world, integrating with public transport systems where they have them.

“We are coming at a respectful way of thinking how people live, how we create corridors and not just fill the skies with these things.”

For people in rural Britain, for example, Mr Gerber said, any disruption would compare favourably to building HS2: “You don’t have to cut through their lovely countryside. You need a little take-off pad and you’re connected to the whole country.

“Compare that to building roads or building train lines, it is a fraction of the cost.”

The market for flying taxis could be worth $1.5 trillion by 2040, according to a Morgan Stanley analysis, and a host of other eVTOLS – or electric vertical take-off and landing craft – are in development around the world.

Peer-to-peer ride-sharing company Uber itself unveiled its own concept model earlier this year, while Airbus is developing its autonomous Vahana craft.

Chinese drone manufacturer Ehang was confident enough to carry VIPs on a helicopter-shaped eVTOL in 2018.