The sheer number of flying ants travelling across the UK meant they were picked up on the radar, the Met Office had revealed. Meteorologists were baffled when sensors in the South East spotted what at first glance seemed to be rain.

However, locals in London, Kent and Sussex were actually enjoying a sunny, cloudless day.

Examining the shape of the ‘droplets’, detected by the radar, they discovered they appeared to be insect-shaped.

They then investigated on social media, to see if anyone in the local area was posting about an insect swarm.

The Met found hundreds of people were complaining about the hordes of flying ants. 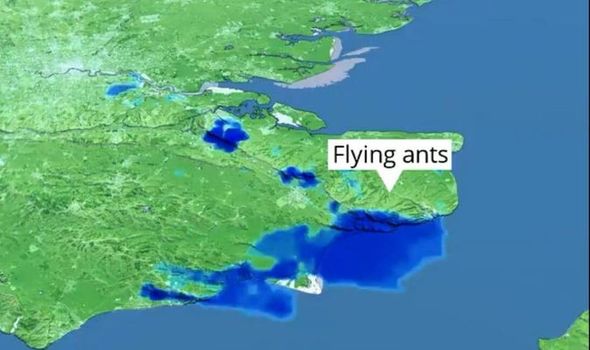 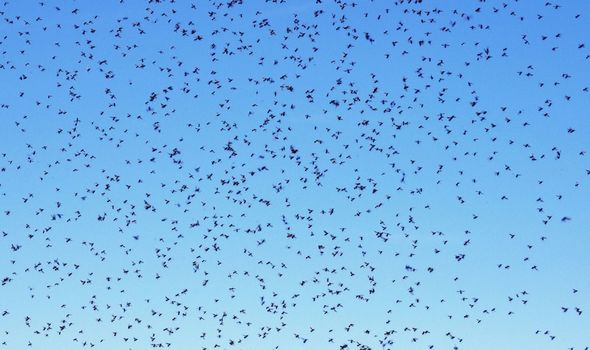 Ants around this time annually sprout wings and fly high in the air, swarming together in the sky for sex.

This causes a nuisance for those trying to enjoy a fine day outside.

The insects are prone to gathering in the sky, meaning drinks, books and other surfaces are not safe from the pests.

They are often spotted by sunbathers as they prefer to mute in hot, dry and humid weather. 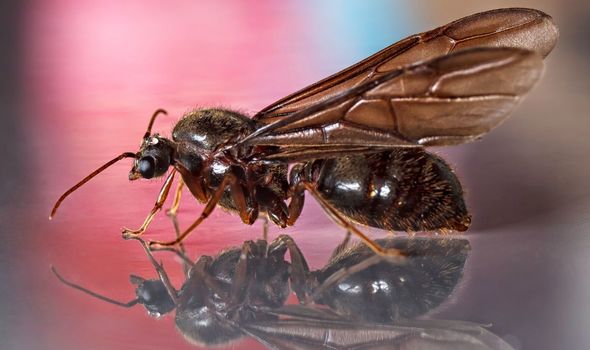 This annual annoyance is known to as ‘Flying Ant Day’.

While many complained this year, BBC presenter Chris Packham rebuked those who besmirched the insects.

The wildlife expert reminded his followers they are ‘harmless’ and ‘ecologically important’.

The ants provide an important food source for birds in the summer.

And sometimes colonies of as many as 15,000 can be in the air at any one time.

This year’s swarms of ants appear to have come thick and fast.

The Met Office has had small ‘rain’ alerts in dry parts of the country all week and then a major alert in the South East on Friday.

The Met Office told The Telegraph: “It’s an annual event where they come out of the ground and fly into the air at the middle of July, it’s when they do their mating.

“When our radar is detecting rain we send a beam down, it hits the droplet and sends the beam back.

“When it was sending the signal this morning our rain gauges were dry, there were no clouds in the sky, it was sunny. 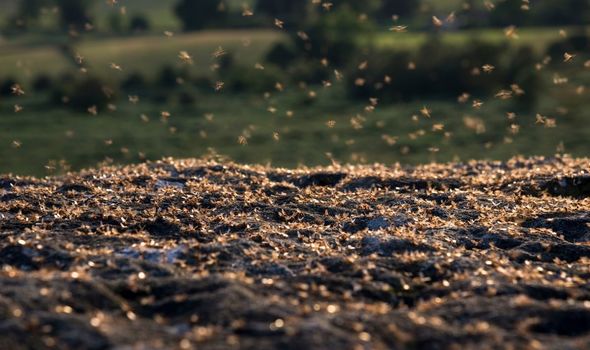 “So it was hitting something else in the sky and sending a signal back.”

He explained they had to trawl Twitter to find an answer, adding: “We looked into what it was, looked into reports on social media where people were reporting flying ants and sending pictures and videos.

“We can also look at the shape of the object in the sky and they were coming back as not raindrop shapes, they were longer and more insect shaped.

“We could say that they were insects but couldn’t say they were flying ants until we saw the information on social media.”