Reducing the carbon ‘hoofprint’: Methane released by cows burping and passing gas is reduced by 20% when the livestock are fed seaweed instead of a grain diet

Seaweed could be a new weapon against climate change – scientists are feeding it to cows, which produce 25 percent of all methane in the atmosphere.

Researcher at the University of New Hampshire have swapped corn, oats and barley for the macroalgae and found a 20 percent reduction in the toxic gas, which is passed by cows when they pass gas or burp.

Other studies into how seaweed can cut emissions have found certain types can cut methane by up to 80 percent.

The seaweed is being harvested from the Gulf of Maine by Bigelow Laboratory for Ocean Sciences, which was recently awarded a $10 million grant from the U.S. Department of Agriculture, CNBC reports.

Along with cutting emissions, the team is very cautious not to change the taste of the cow’s milk or meat – the team told the news outlet that seaweed enhances flavoring for both goods.

The scientists are also looking into other species that can be farmed in the same area as the livestock, allowing for farmers to easily access it. 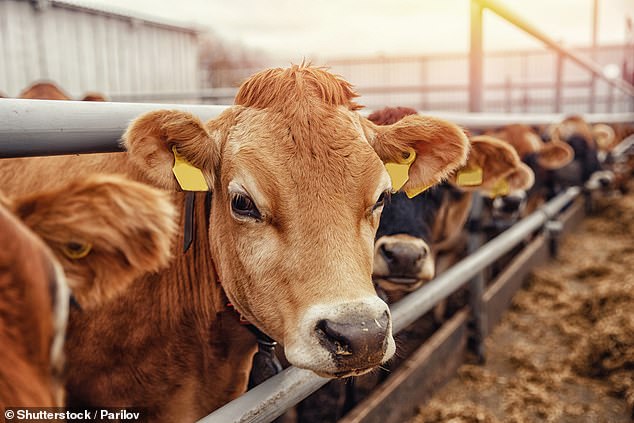 Nichole Price, senior research scientist at Bigelow, told CNBC: ‘We’re also very interested in species that can be cultivated or farmed, not wild harvested, because we see this as the sustainable move forward to guaranteeing quality production.

‘When we start talking about the Midwest or the center of the country, that’s where we think that the micro algae solution would be most relevant because you can scale up production of micro algae right where the farm action is happening as well.’

Methane is one of the most potent greenhouse gases, trapping 25 times more heat than carbon dioxide.

Every time a cow burps or passes wind, a small amount of the gas is released into the atmosphere – globally this is a serious problem. 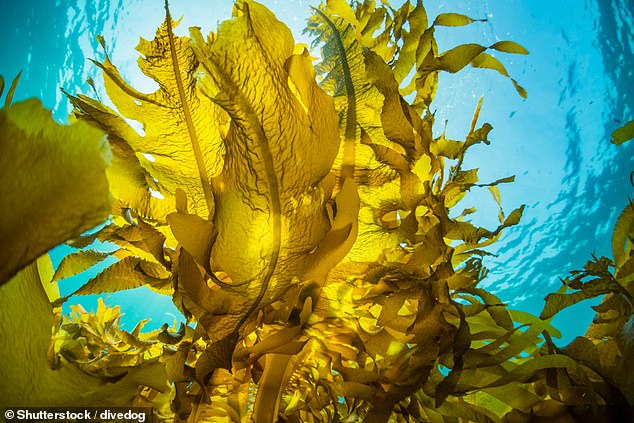 Researcher at the University of New Hampshire have swapped corn, oats and barley for the macroalgae and found a 20 percent reduction in the toxic gas

The University of California is also studying the effects of seaweed when fed to cows.

However, this group is using a type of algae, known as Asparagopsis taxiformis, which showed more promising results than what the University of New Hampshire reported.

The California team added ‘scant amounts’ of seaweed to the diet of 21 beef cows over the course of five months.

The Angus-Hereford beef bullocks were fed their usual diet of hay, grains, and corn, supplemented with either zero, low, or high concentrations of red seaweed.

The study authors measured the quantity of methane, hydrogen, and carbon dioxide released by individual bullocks periodically for 21 weeks and found that seaweed supplements reduced methane emissions by between 45 and 68 percent.

The proportion of forage in the base diet also influenced emissions, they found.

The greatest reductions were found with a high seaweed-supplemented, low-forage diet, which reduced methane production by as much as 80 percent.

THE ENVIRONMENTAL IMPACT OF FARMING COWS

The livestock animals are notorious for creating large amounts of methane, which is a major contributor to global warming.