Astronomers may have spotted the second object ever to visit our solar system from another star system. The object may even fly near Mars later this year, though it’s still far away.

The scientists’ hunch is strong but not yet certain: Right now, the chances are much higher that the object, known as comet “C/2019 Q4 (Borisov)” (formerly “gb00234”), is interstellar, rather than a rock from within the solar system.

The first such interstellar object ever detected — themysterious andcontroversial cigar-shaped space rock ‘ Oumuamua— zoomed through our solar system in 2017.

Amateur Ukrainian astronomerGennady Borisov may have been the first to spot C/2019 Q4 in the sky on August 30. It hasn’t yet entered our solar system, but astronomers have been collecting data in hopes of plotting the object’s path through space and figuring out where it came from.

“It’s so exciting, we’re basically looking away from all of our other projects right now,”Olivier Hainaut, an astronomer with the European Southern Observatory, told Business Insider on Wednesday. Hainaut was part of a global team of astronomers thatstudied ‘Oumuamua as it passed through the solar system two years ago.

“The main difference from ‘Oumuamua and this one is that we got it a long, long time in advance, ” he added. “Now astronomers are much more prepared.”

Early images suggest C/2019 Q4 is followed by a small tail or halo of dust. That’s a distinct trait of comets — they hold ice that gets heated up by nearby stars, which leads them to shoot out gas and grit into space. The dust could make C/2019 Q4 simpler to track than ‘Oumuamua, since dust brightly reflects sunlight.

This could also allow scientists to more easily study the object’s composition, since telescope instruments can “taste” light to look for chemical signatures.

“Here we have something that was born around another star and traveling toward us. It’s the next-best thing to sending a probe to a different solar system,” Hainaut said. 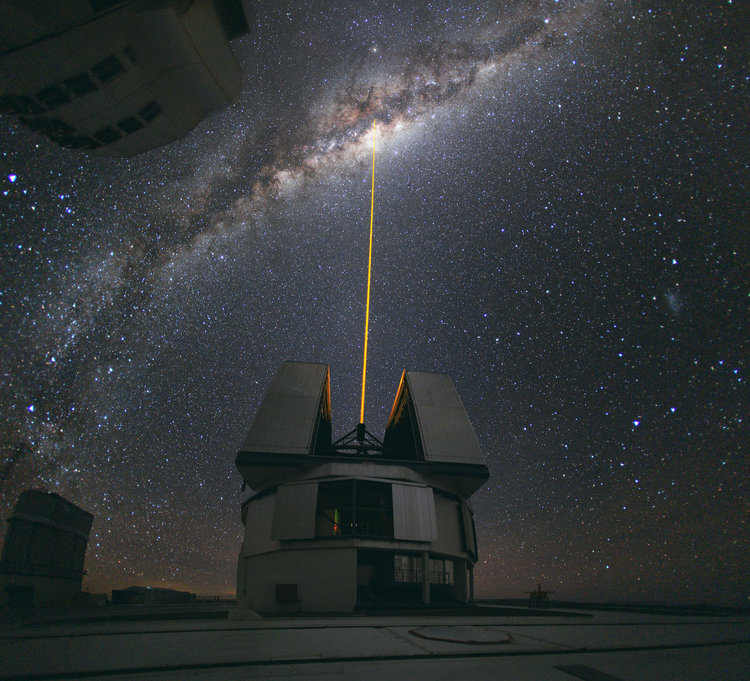 The Very Large Telescope (VLT) is located in the Atacama Desert of northern Chile.ESO

Astronomers around the globe are grabbing every telescope available to plot C/2019 Q4’s path through space. The goal: See if the object has an orbit that’s elliptical (oval-shaped and around the sun) or hyperbolic (checkmark-shaped, and on an open-ended trajectory).

As of now, it seems much more likely that its path is hyperbolic, though astronomers say more observations are required to know for sure. In particular, they’re trying to ascertain C/2019 Q4’s eccentricity, or how extreme its orbit is.

“The error indicates it’s still possible that’s within the solar system,” Hainaut said. “But that error is decreasing as we get more and more data, and the eccentricity is looking interstellar.”

The object’s seemingly high velocity and its comet-like shroud of dust also tilt the scales toward interstellar, Hainaut added. 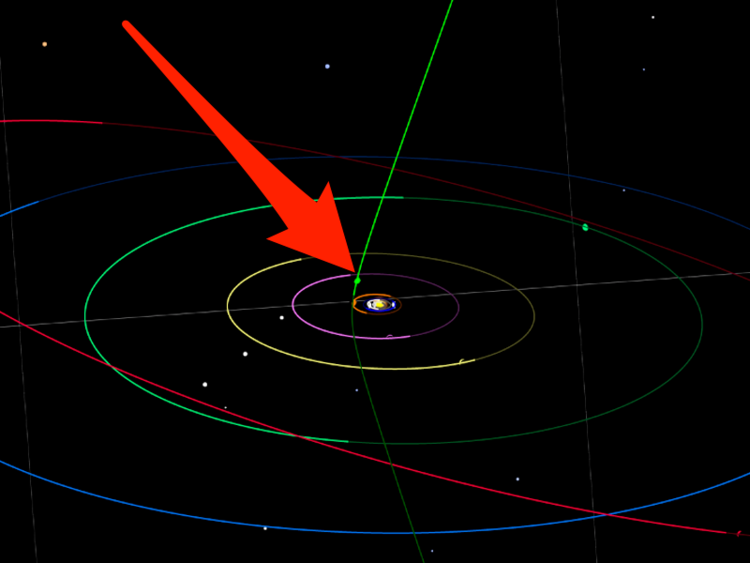 This rough simulation shows C/2019 Q4’s possible orbital path (green) through the solar system. It may pass between the orbits of Jupiter (purple) and Mars (orange) in late October.OrbitalSimulator.com

“It could be a few days or a few weeks before we have enough data to definitively say. But even with the very best data, we may need more,” he said. “It’s frustrating.”

When ‘Oumuamua sped past Earth at a distance of just 15 million miles in October 2017, astronomers had no idea it was coming.

“We had to scramble for telescope time,” Hainaut said. “This time, we’re ready.”

If it’s interstellar, C/2019 Q4 would reach its closest point to the sun at the end of December, and scientists should be able to observe it through about January 2021.

Hainaut and his colleagues have some smaller telescopes queued up for observations, but he said he’d like to use “everything” to observe C/2019 Q4. His team is trying to get time on the “big guys”: the Very Large Telescope in Chile, the Keck Observatory, the Gemini telescope in Hawaii, and more.

He said one colleague is also “polishing a proposal” to have the Hubble Space Telescope take a look, while other teammates are seeking the use of NASA’s two infrared space telescopes: Spitzer and the Wide-field Infrared Survey Explore (WISE). 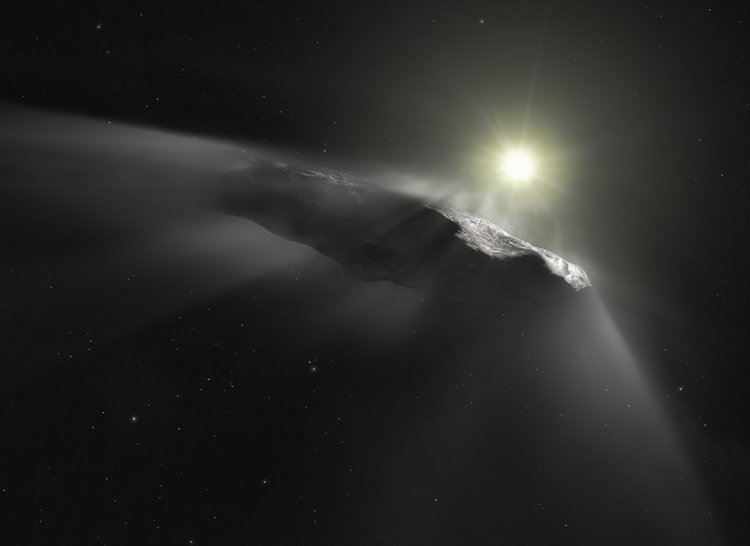 Although many astronomers are excited about C/2019 Q4, more work has to be done to confirm it as interstellar.

“This is not the first object since 2017/1I, better known as ʻOumuamua, to show a hyperbolic orbit,”Michele Bannister, a planetary astronomer at Queen’s University Belfast,tweeted on Wednesday.

Bannister noted that, with such limited observations, an object can appear to have a rare interstellar orbit but later turn out to have an orbit within our solar system.

“Sometimes, we just have to wait for the motion of the heavens. And make more observations,” sheadded.

Currently, those observations aren’t easy to get, Hainaut said. C/2019 Q4 is currently positioned close to the sun — which places it close to Earth’s horizon and gives astronomers a very limited window of time before dawn to study it.

“It’s hard to see, but we have the best guys doing astrometry, trying to measure its position in the sky,” he said. “It could be a few days or a few weeks before we have enough data to definitively say.”

Read more:Mysterious space objects like ‘Oumuamua will visit our solar system again. Scientists may intercept the next one with a robotic probe.

If C/2019 Q4 does turn out to be a second interstellar object, that would bode well for a proposed mission Hainaut is working on to send robotic probes into space to intercept future objects like this.

“One of the main issues is: How many of these are they? If we detect one every century, it’s hard to plan a mission to intercept one,” he said.

If these objects come every couple of years, on the other hand, astronomers might even be able to get choosy about which object to intercept.

“This suggests we can afford to wait one or two or three years to get the right one, and maybe not the first one we spot after organizing a mission,” Hainaut said.