A string of man-made islands stacked with floating hotel pods and thousands of homes could become the UK’s first ‘Garden City’.

The city-sized park, which resembles Dubai’s famous artificial Palm Islands, could be completed as early as 2035 at a redevelopment site in northern Kent.

It would be centred around a huge lake just south of the Ebbsfleet river, and feature 15,000 homes, garden space for people to grow their own fruit and vegetables, and even a man-made sand beach.

Plans for the Garden City –  a type of town designed in its entirety with as much open space and greenery as possible – have been released after they won an international contest to design the site. 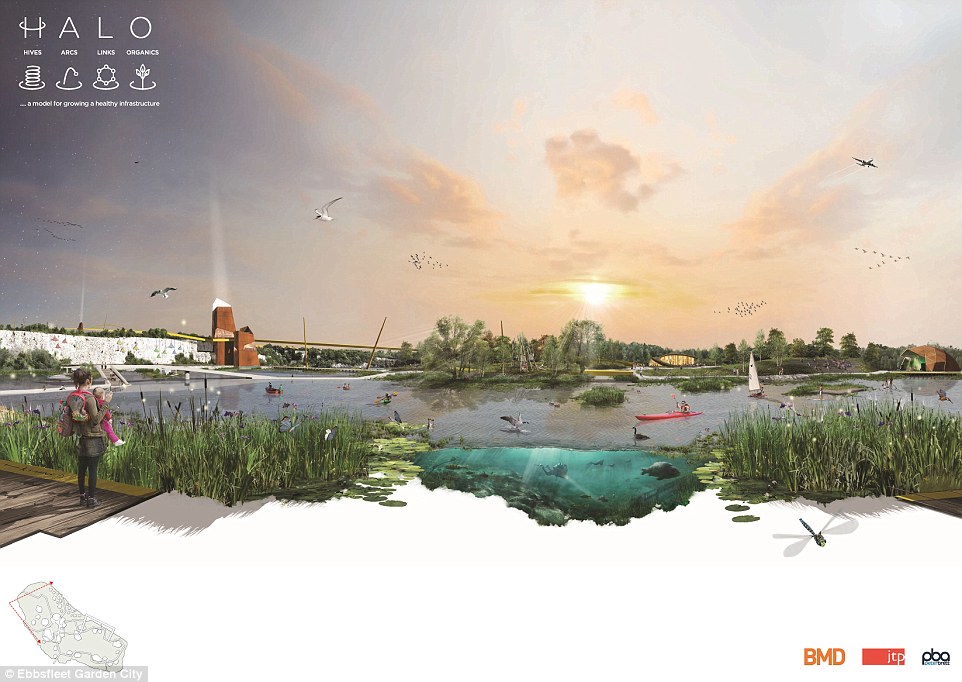 A string of man-made islands stacked with floating hotel pods and thousands of homes could become the UK’s first ‘Garden City’. Pictured is an artist’s impression of the Ebbsfleet Garden City

The chain of man-made islands would all be linked via walkways for pedestrians.

One of the islands will become an arts and culture hub, where open-air theatre and gigs are set to take place.

Floating hotel pods and an innovation area for start-up businesses would also be included as well as the Ebbsfleet Garden City’s very own beach.

A number of so-called ‘eco islands’ will be used to encourage wildlife back to live at the site.

Designers have planned to include a series of insect hotels, bee hives and bat boxes to help local wildlife populations to nest on the islands.

The existing lake, which measures some 12 hectares, is currently inaccessible to the local community.

However, the Garden City plans aim to open up the area and transform the landscape.

Judges at the Annual Landscape Institute conference – an international event organised to tackle big questions about valuing our landscape for future generations – awarded their highest accolade to the HALO design for the Ebbsfleet Valley Garden City.

HALO, which stands for Hives, Arcs, Links, Organics, is set to become one of the Garden City’s most prominent features.

Judges said HALO demonstrated exactly what they had hoped for – a design that was radical, but realisable. 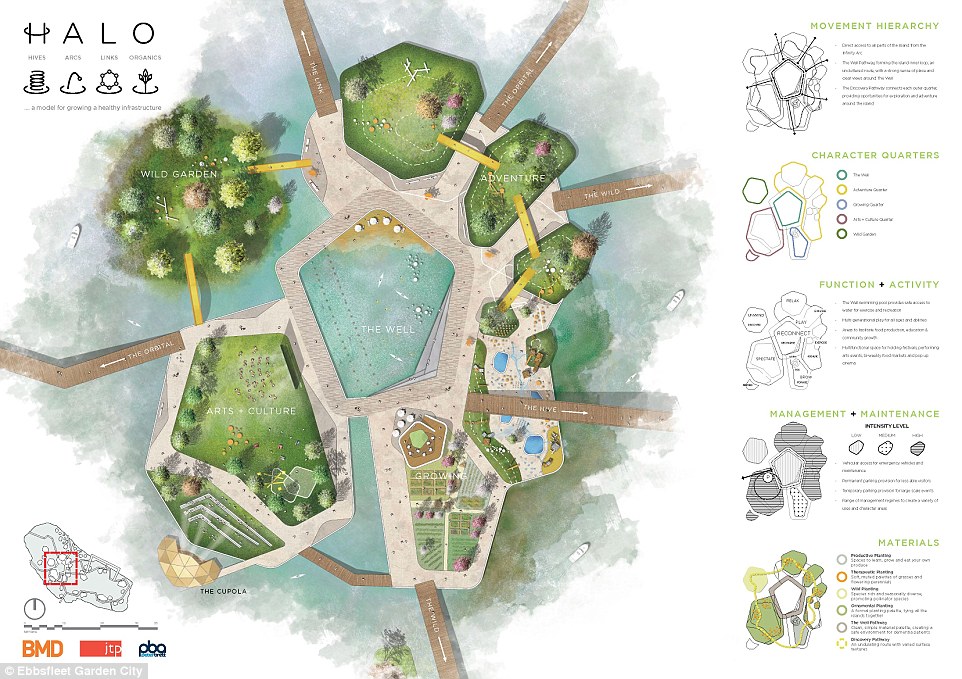 Plans for the Garden City have been released following an international contest to design the site. The winner features several islands centred around a lake, each of which has its own theme, such as arts and culture, or adventure The series of islands would all be linked by walkways, and one of them would be become an arts and culture island where open air productions and gigs could take place The city-sized park could be completed as early as 2035 at a redevelopment site in Ebbsfleet, Kent

The panel was also excited by its possibilities, particularly because the design reflected the founder of the garden city movement, Ebenezer Howard’s concept of the best of town and country life.

The second phase of the Ebbsfleet Design Challenge focused on the Blue Lake site within the Garden City.

Now bosses at the Ebbsfleet Development Corporation, which is overseeing the plans for up to 15,000 homes and a vibrant new city centre, will look at how the scheme can be incorporated alongside six other new city parks across the site.

‘We have been encouraged by the innovation and the wide variety of approaches in this scheme.

‘The winning design could become one of the country’s most talked about and visited attractions.’

As well as new homes, the Garden City’s first primary school, Cherry Orchard, has already opened and the area has its first pub and hotel.

Work has also started on a new bridge which will connect residents to Ebbsfleet International railway station, as well as series of new walk and cycle ways which will link all parts of the Garden City. 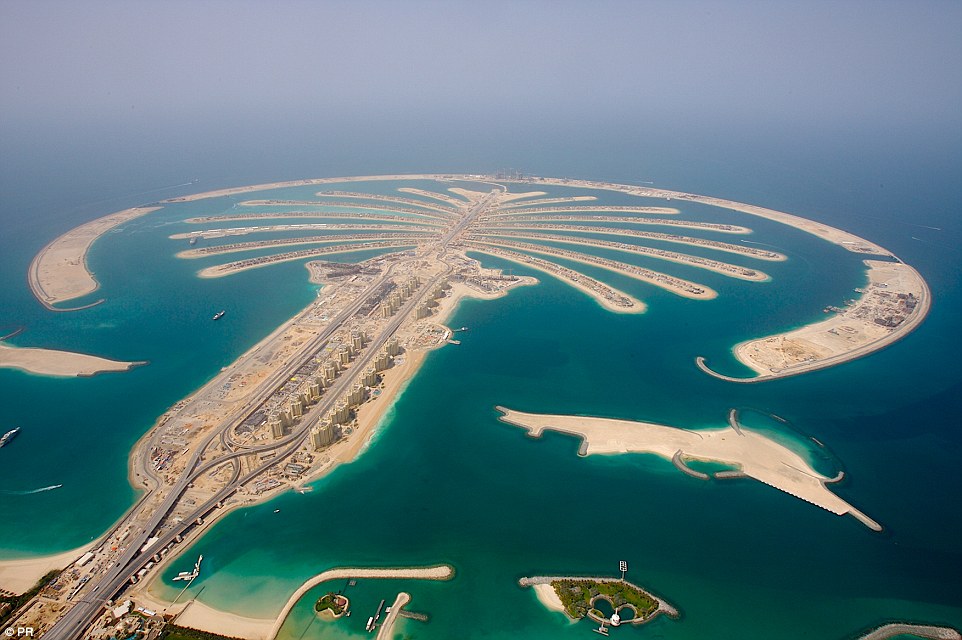 The series of islands resembles Dubai’s famous artificial Palm Islands. Construction of the trio of islands, which are designed to resemble palm trees, first started in 2001