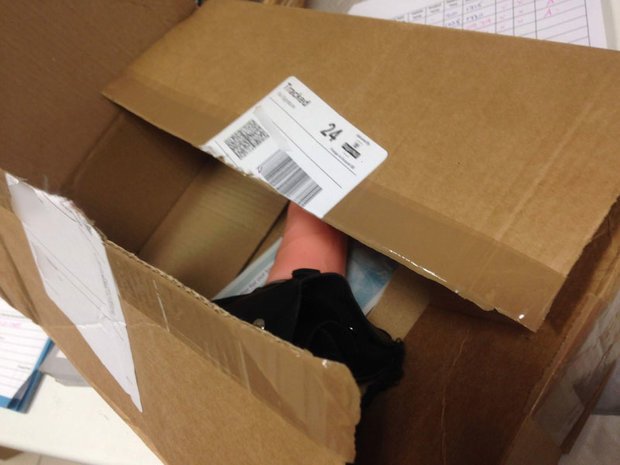 Duncan, from Stockport, Greater Manchester, said: “It was like a real-life Toy Story, albeit with a different kind of Woody.

“It was a whopper and obviously a much-loved member of someone’s family.

“It was pretty well battered and the elastic was frayed, it looked like it had been stretched no end and there were marks on the actual equipment, it wasn’t nice.

“Part of my thinking was if I send it back like that they might think twice about discarding used equipment – there could have been children about.” 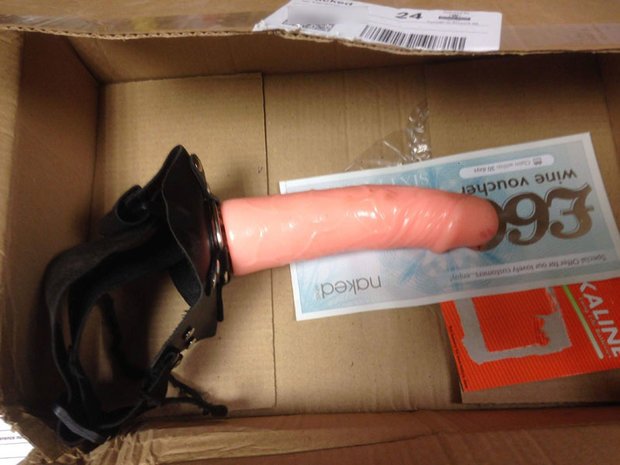 The 47-year-old said the cleaner was initially shocked when he discovered what was in the box, but then had a good giggle about it.

Mindful of the possible contamination hazard, Duncan popped on a pair of gloves before taking the prosthetic penis from its box and wrapping it up for postage.

Duncan said: “It was found near the vacuums at 9am on Saturday morning so possibly left overnight.

“We don’t know if they’ve been cleaning their car out and left it out or attempted to dispose of it.” 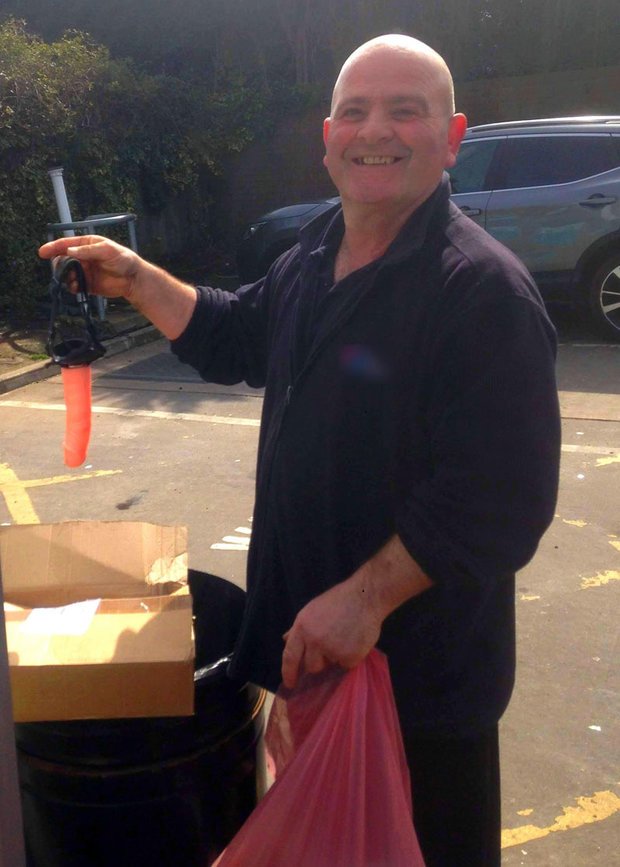 “The cleaner picked it up and he gave the box a shake once he saw what was in it he said to me ‘you’ve got to come and see this’.

“Obviously no-one is going to own up to it but I just couldn’t believe that whoever had disposed of it had left their name and address on the box.

“We were absolutely howling and the rest of the staff were too when they found out.

“We’ve had some bizarre things handed in before such as crutches but never any strap-ons, it was a first for me.” 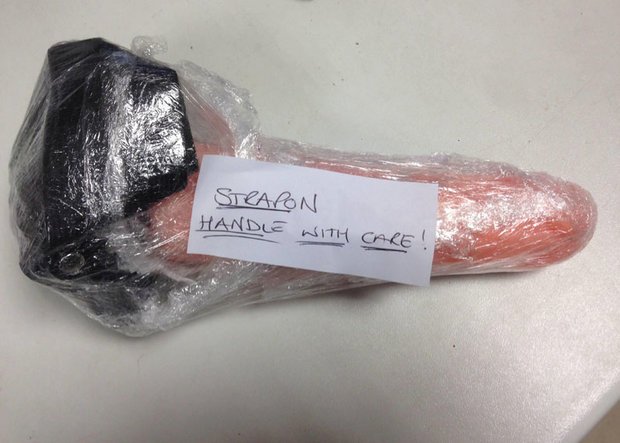 “When he took it through to the office we could see the address on it and decided to have a bit of light-hearted fun.

“We have some shrink wrap for stock so decided to use that and post it back to them – it was fair game and they can have it back as far as I’m concerned.”

The petrol station manager forced the substantial sex aid through the slot of a letterbox near his home as quickly as he could, worried that neighbours might think it was his. 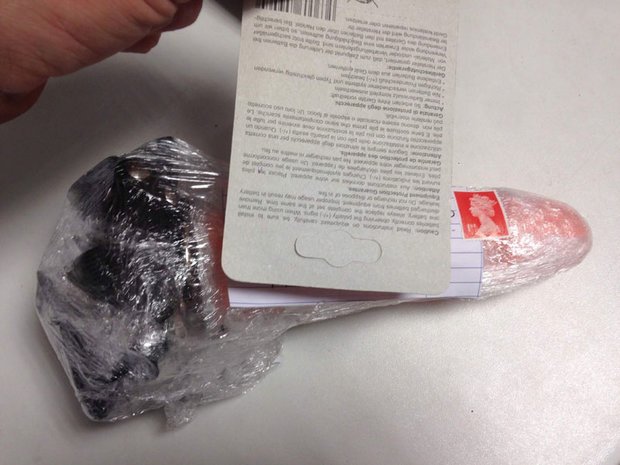 He added: “I had a struggle getting it in the post box and it got jammed at one stage as I was trying to force it in and I thought ‘oh lord it’s neither in nor out’.

“I had to use some force to get it through the opening – I just hope the postman would see the funny side.”

Duncan said: “From a customer service perspective we make sure where we can we return goods to the owner.

“If anyone loses property there is an onus on us to ensure they get it back.

“Whether they want it back or not.”