In January 2020, the first coronavirus lockdown came into place in Wuhan, China, after scientists detected the rapid spread of a then unheard of disease. In the months that followed, virtually all nations implemented some form of lockdown in a bid to stop the spread of the virus.

As more countries went into lockdown, fewer cars were on the road, factories were not as productive, and aeroplanes became a rare spectacle in the sky.

This ultimately led to a drop in air pollution levels, which turned out to be a small blessing in disguise for people and the planet.

However, as the pandemic appears to be slowly drawing to a close, many have returned to the roads and to work, which is contributing once again to a rise in air pollution.

The ESA’s Copernicus Sentinel-5P satellite has been focusing on pollution levels in China in particular and has seen a steep increase in nitrogen dioxide – the air pollutant which is caused by the likes of traffic and the combustion of fossil fuels. 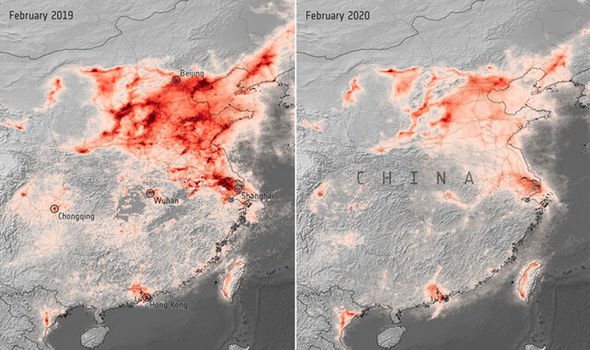 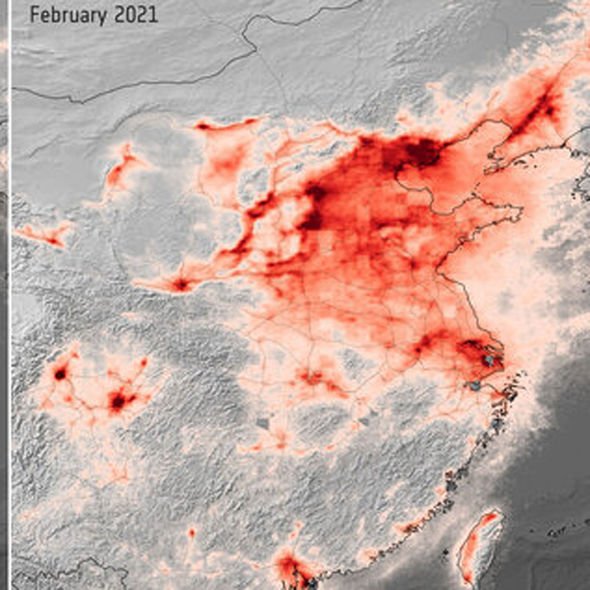 Analysis revealed there was a 35 percent drop in nitrogen dioxide levels when comparing data from February 2019 to the same month in 2020 in Beijing.

However, in February 2021, the levels of nitrogen dioxide have returned to 2019 levels.

“Nitrogen dioxide concentrations in our atmosphere do not depend on human activity alone. 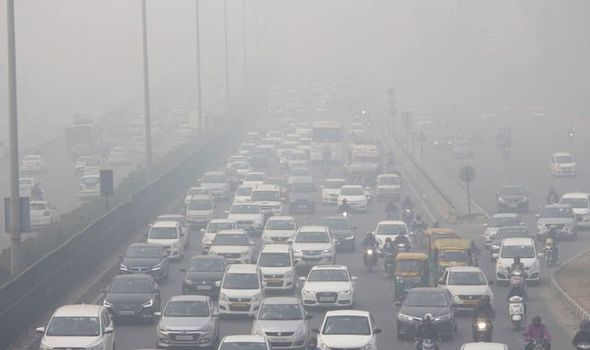 “Weather conditions such as wind speed and cloud cover also affect those levels, however a large quantity of these reductions are due to restrictions being eased.”

Countries in Europe are now also beginning to ease lockdown measures, and ESA scientists are expecting nitrogen levels to return with normal life.

Mr Zehner said: “In the coming weeks and months, we expect increases of nitrogen dioxide concentrations also over Europe.”

Air pollution in Europe is a major problem, with a report last year from the European Environment Agency (EEA) linking it to more than 400,000 deaths in the EU and the UK.

DON’T MISS
Air pollution map UK: Find out how bad pollution is near YOU
Green Britain: Pollution and fossil fuels linked to 17% of UK deaths
Air pollution can lead to irreversible blindness – study 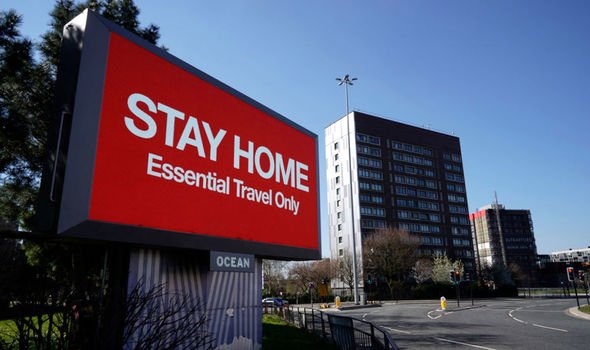 AMD is the leading cause of sight-loss among people over 50 years old in wealthy countries.

The number of sufferers across the globe is expected to reach 300 million by 2040.

Air pollution has also been linked to an increased risk of Alzheimer’s disease, Parkinson’s disease, stroke, and glaucoma.