Today, Amazon announced Alexa users will now be able to use their virtual assistant to order prescription refills and set reminders for each type of medication they’re on.

The new feature will initially be limited to customers who have accounts at Giant Eagle, a grocery and drug store chain that includes more than 200 locations across the east coast and Midwest.

After activating the ‘Manage my Medication’ skill from the Alexa skill page, users will be asked to link an active account with Giant Eagle’s pharmacy. 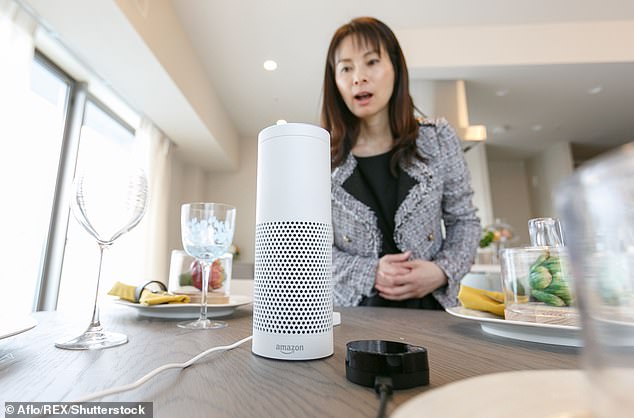 Alexa will then walk new users through a setup process, according to a TechCrunch report, which will include reviewing each medication a person is taking and the timeframe they will be taking the medication in.

To ensure privacy, Alexa’s reminders will not disclose the specific name of the medication a user is taking, but simply say, ‘This is a reminder, take your medication.’

Users can have Alexa submit an order to refill a prescription, but Amazon doesn’t support the ability to track the status of the request.

According to Rachel Jiang, who leads Amazon’s Health & Wellness department, the idea for the new Alexa skill came from customers themselves. 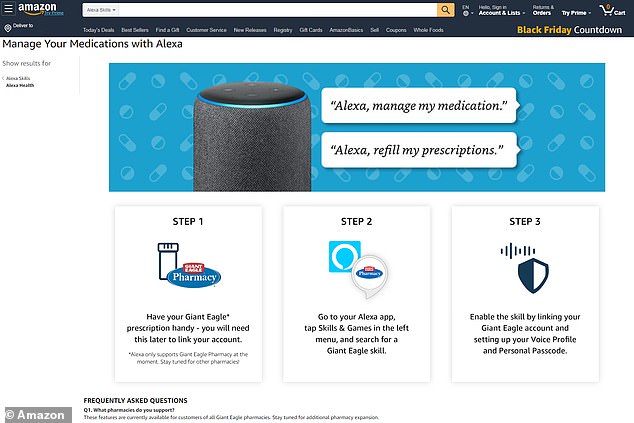 Amazon noticed that customers were using Alexa’s general reminder function to stay on track with their current prescriptions, so the Health and Wellness team decided to create a feature specifically for medications.

Amazon has been steadily expanding its presence in the healthcare industry .

In 2018, Amazon spent a little less than $1 billion to acquire PillPack, an online pharmacy company that’s licensed to fill prescriptions in 50 states.

Earlier this month, Amazon announced it had rebranded PillPack as Amazon Pharmacy.

Earlier this year, Amazon announced Alexa would be able to find nearby healthcare providers and schedule appointments at select facilities.

In September, the company announced Amazon Care, a pilot program for Amazon employees in Seattle. 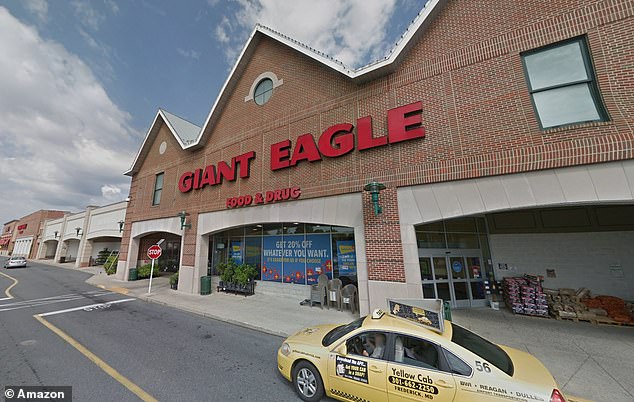 In October, Amazon rolled out another health-related service Preventative Health, a smartphone app that makes recommendations on when to get particular health tests based on one’s age and sex.