The object was apparently at least half a kilometre in length and was sighted over Sussex. As the supposed UFO lowers from the sky, it creates a huge circular shape within the clouds. A woman named Melissa French was the first to make the sighting, saying: “I was looking out of the window at the moon with my grandson, that’s when I noticed it.

“I wasn’t sure what to make of it to be honest as it looked peculiar; the shape of it made me think of a UFO, so I took a photo of it and posted it on Facebook.”

Conspiracy theorists quickly picked up on the sighting, claiming it is genuine evidence of aliens.

Prominent UFO hunter Scott C Waring wrote on his blog UFO Sightings Daily: “This UFO in the clouds was formed when a cloaked UFO came down and settled among the cloud ceiling.

“The UFOs great bulk pushes the clouds aside leaving a huge disk hole. This UFO looks to be 1/2km across.” 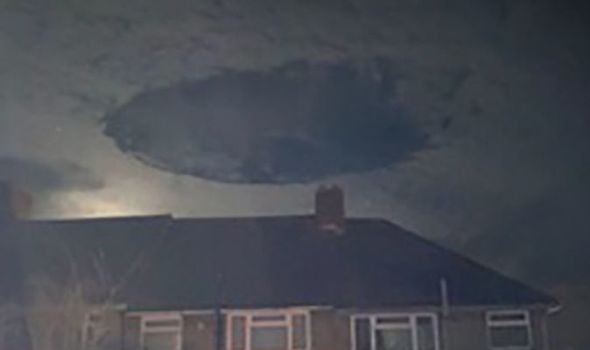 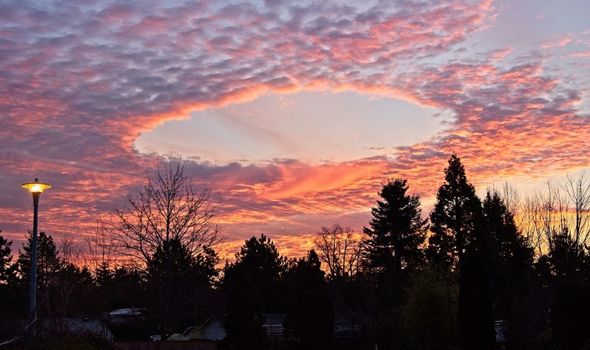 However, the phenomenon could easily be explained by a weather phenomenon known as a fallstreak hole.

This is when a particular part of the cloud freezes into ice crystal and the crystals are heavy enough to drop out of the clouds, creating a shape.

While the existence of aliens has never been confirmed, the US’ Department of Defense (DoD) has recently acknowledged a video from a US Navy pilot’s radar footage of a mystery UFO with “glowing aura” and flying erratically. 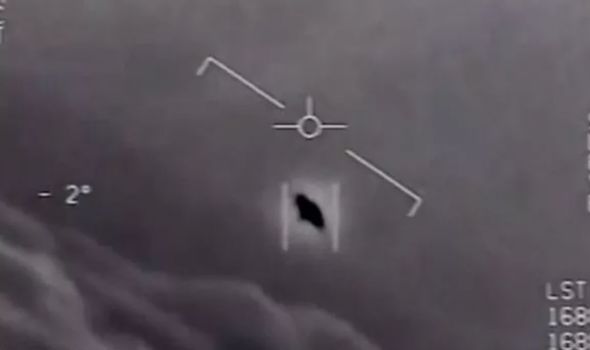