Amateur treasure hunter, 45, unearths a 1,800-year-old Roman signet ring engraved with the goddess of Victory in a field in Somerset

Pest control officer Jason Massey, 45, discovered the rare piece of jewellery, which features an engraving of the Roman goddess of Victory, in a field near Crewkerne.

It is believed to have belonged to a ‘high status’ figure, potentially making it one of the most significant archaeological finds in Somerset’s history.

The current value of the ancient piece of jewellery is still being determined. 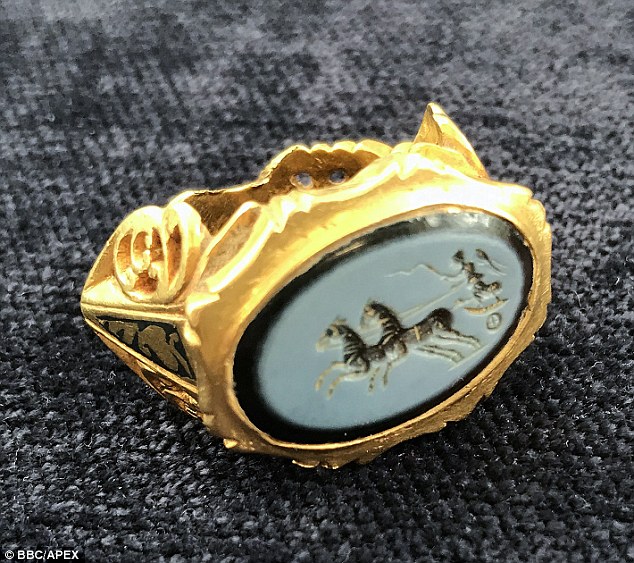 The ring is now in the hands of experts at the British Museum in London.

Mr Massey, who served in the British armed forces from 1989 to 1992, made the find at a site believed to have once been a high-status Roman villa as part of a charitable dig with the ‘Detecting for Veterans’ group.

‘The Somerset Archaeological team think we have found a very high status villa complex, but more investigative work is needed,’ he told MailOnline.

Mr Massey and the landowner will share 50 per cent of any profits made from the ring once British Museum researchers had determined its value.

‘We have no idea how much [the ring] is worth – there is nothing like it in the UK,’ he said. 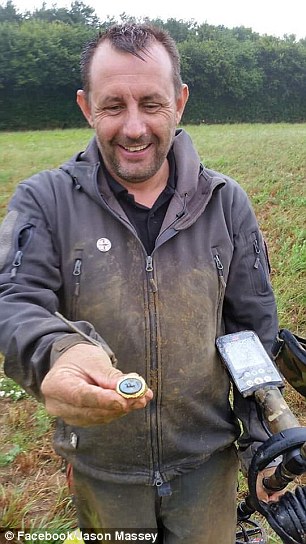 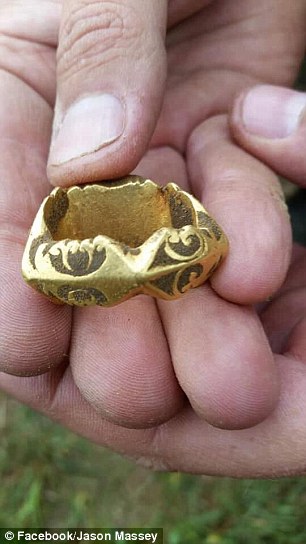 Detecting for Veterans unearthed 60 other Roman coins on Sunday as part of ongoing excavations at the Crewkerne site, which is south west of Yeovil.

Bronze and silver coins are more common than their gold counterparts, which were typically owned by Romans of rich and powerful stature.

Ciorstaidh Hayward-Trevarthen, finds liaison officer for South West Heritage Trust, told BBC News: ‘There are a couple of gold rings of that sort of date from Somerset but they’re not common. 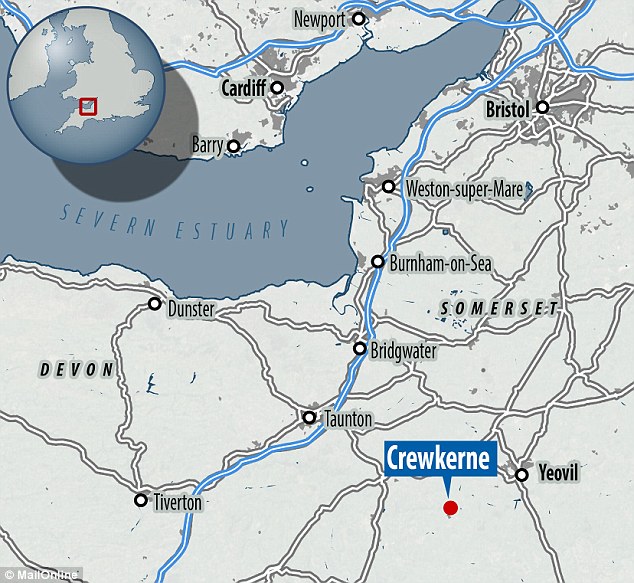 Mr Massey made the find at a site in Crewkerne, Somerset, that is believed to have been a high-status Roman villa

‘Gold is … an indication that the owner is fairly wealthy.’

The newly-discovered ring features an engraving of Victoria, the Roman god of Victory, riding a chariot pulled by two horses.

Victoria appears widely on Roman coins, jewellery, architecture, and other arts, and is often depicted with or in a chariot.

55BC – Julius Caesar crossed the channel with around 10,000 soldiers. They landed at a beach in Deal and were met by a force of Britons. Caesar was forced to withdraw.

54BC – Caesar crossed the channel with 27,000 infantry and cavalry. Again they landed at deal but were unopposed. They marched inland and after hard battles they defeated the Britons and key tribal leaders surrendered.