Reindeer herders in Russia have found an immaculately preserved carcass of an Ice Age cave bear.

The find, revealed by the melting permafrost, was discovered on the Bolshoy Lyakhovsky Island in northwestern Russia with its teeth and even its nose intact.

A preliminary analysis of the terrifying-looking remains indicated that the adult bear lived 22,000 to 39,500 years ago.

Harsh Russian temperatures in the northern region an account for the incredibly well preserved specimen.

Scientists have also found at least one preserved carcass of a cave bear cub on the mainland of Yakutia and are obtaining DNA samples to learn more about its origin. 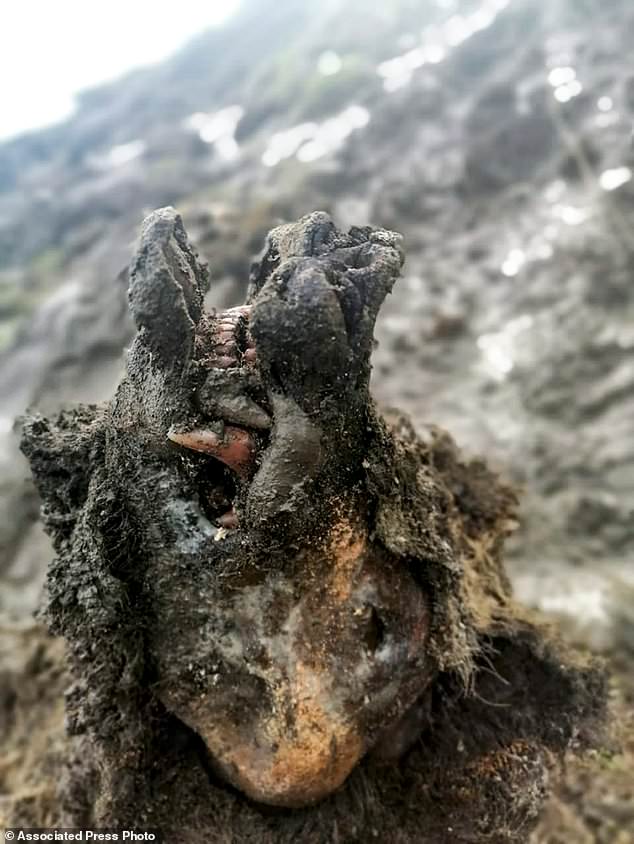 The cave bear (Ursus spelaeus) is a prehistoric species or subspecies that lived in Eurasia in the Middle and Late Pleistocene period and became extinct about 15,000 years ago.

Scientists of the North-Eastern Federal University in Yakutsk, the premier center for research into woolly mammoths and other prehistoric species, hailed the find as groundbreaking.

In a statement issued by the university, researcher Lena Grigorieva emphasized that ‘this is the first and only find of its kind – a whole bear carcass with soft tissues.’

‘It is completely preserved, with all internal organs in place, including even its nose,’ Grigorieva said. 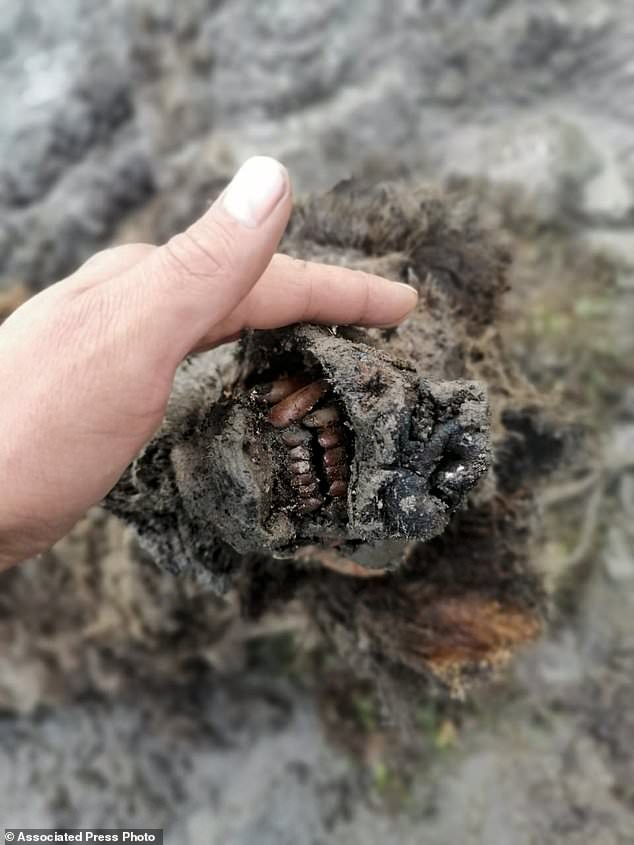 Reindeer herders in a Russian Arctic archipelago found the immaculately preserved carcass, which has all its internal organs, teeth and even its nose intact

‘This find is of great importance for the whole world.’

It is now necessary to carry out radiocarbon analysis to determine the precise age of the bear and more details of the finding will be announced ‘soon’.

It is the largest of the Lyakhovsky Islands, which are part of the New Siberian Islands archipelago that lies between the Laptev Sea and the East Siberian Sea.

Also found is a well-preserved carcass of a cave bear cub in another area in the mainland region of Yakutia’s mainland. 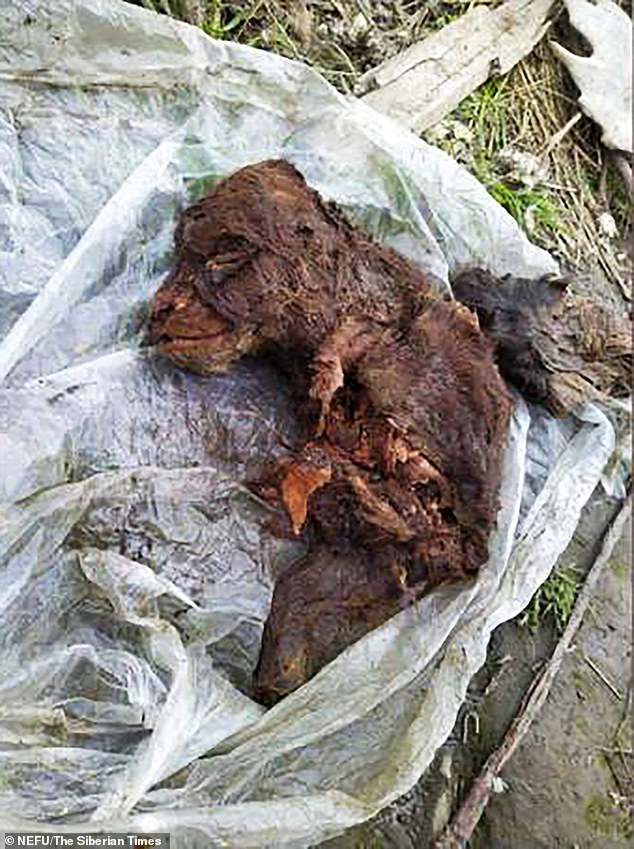 The first ever full carcass of a cave bear cub unearthed in the extreme north of Yakutia, Russia 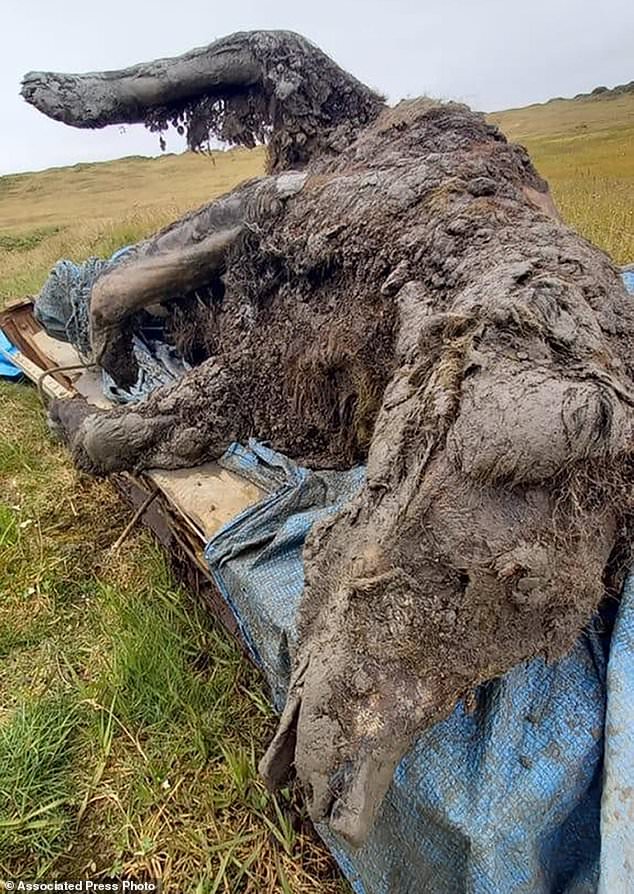 It is necessary to carry out radiocarbon analysis to determine the precise age of the bear, revealed by melting permafrost

It didn’t describe its condition in detail but noted that scientists are hopeful of obtaining its DNA.

North-Eastern Federal University said a scientific programme for a comprehensive study will be prepared.

‘We will have to study the carcass of a bear using all modern scientific research methods – molecular genetic, cellular, microbiological and others,’ it said in a statement.

HISTORY OF THE ANCIENT CAVE BEAR

The cave bear (scientific name Ursus spelaeus) was one of the charismatic inhabitants of Ice Age Europe alongside animals like the cave lion, woolly rhino, woolly mammoth and steppe bison.

It was as big as a polar bear but strictly herbivorous. Firmly in the consciousness of humans in Europe, the bear was depicted in prehistoric cave paintings.

The cave bear had a heavily built body with a large head, domed skull, steep forehead, and small eyes.

Male cave bears weighed on average from 900 to 1100 pounds with females about half that weight. However, over time, cave bears varied much in size.

They grew much larger during glaciations (ice ages) and then smaller during interglacials (between ice ages) to adjust to the climate. The build of its body was similar to that of a grizzly bear.