Home » Science » Antarctica: A London-sized iceberg just broke off and it ‘poses a threat for ships’

The colossal iceberg is the biggest mass of ice to calve from Antarctica in 50 years. Satellites are now keeping a watchful eye on the iceberg’s movement due to the threat it poses. The iceberg, dubbed D28, is estimated to measures roughly 617 square miles (1,600 square km) – an area similar in size to Greater London.

The iceberg was caught drifting away from Antarctica by the European Space Agency’s (ESA) Sentinel satellite.

As a result, scientists believe the iceberg broke off sometime between September 22 and September 25.

ESA said: “A huge iceberg has broken off the Amery Ice Shelf in Antarctica. 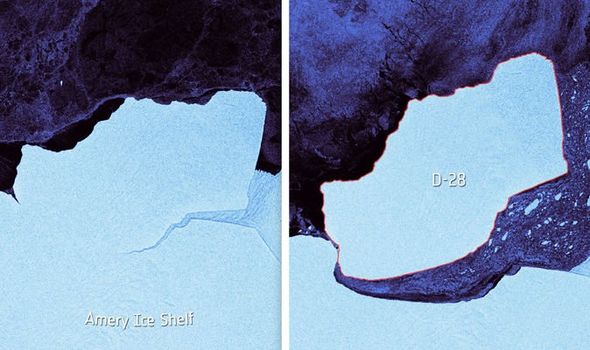 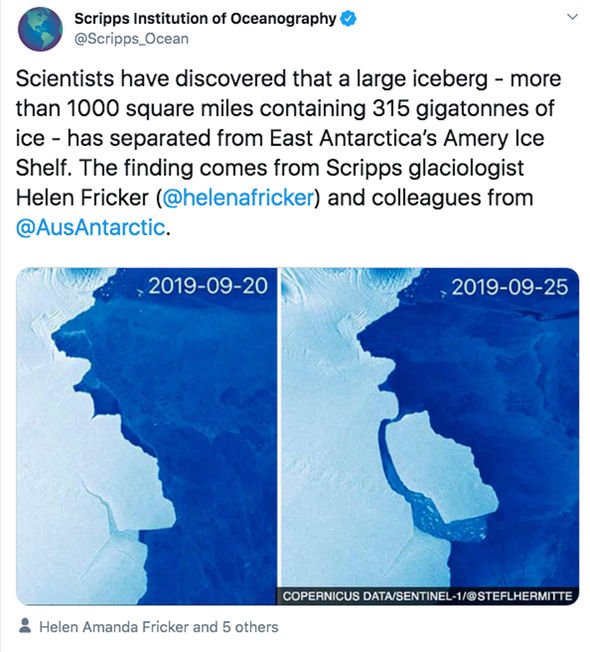 “Approximately 30 km wide and 60 km long, it is estimated to weigh over 300 billion tonnes.”

The iceberg is slowly being carried away on ocean currents in a westward direction.

ESA said: “Scientists say that this is the biggest calving of the Amery Ice Shelf in 50 years.

“Satellites will continue to monitor and track the iceberg, as it poses a threat to ships in the vicinity.”

Where is the Amery Ice Shelf?

The Amery Ice Shelf is the third largest of Antarctica’s calving ice shelves after the Ross Ice Shelf and the Filchner-Ronne Ice Shelf.

The iceberg is around 1,600 square km – about the size of Greater London

Located at the head of Prydz Bay, the ice shelf was officially named in 1947 by the Advisory Committee on Antarctic Names.

The ice shelf forms a part of a region known as East Antarctica. 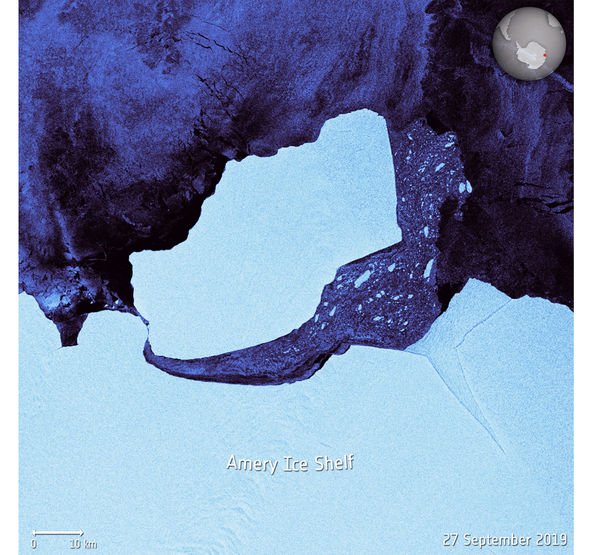 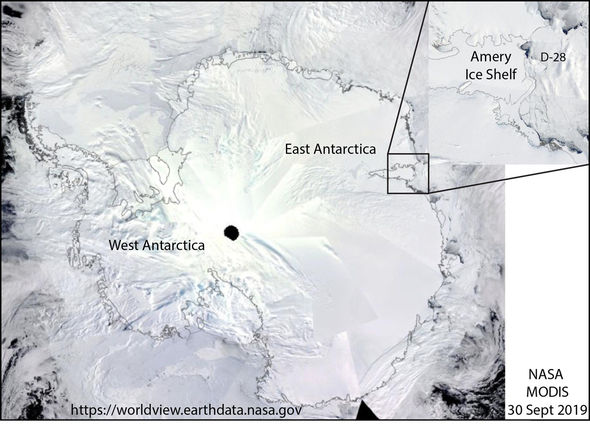 Why did the iceberg break off or calve from Antarctica?

Iceberg calving is a natural part of the icy continent’s lifecycle and in this particular example, is not linked to climate change.

According to glaciologist Helen Amanda Fricker from the University of California, ice shelves break off when they gain too much mass.

She said: “Ice shelves have to lose mass because they gain mass. They want to stay the same size.”

The expert added: “It’s really important that the public doesn’t get confused and think that this is climate change.”