The frozen desert serves as a scientific haven for more than 1,000 researchers around the year, who monitor climate change and study Earth’s history. Its barren landscape gives them access to an unspoilt world, where they can complete their research, despite temperatures dropping to as low as -90C. They also rely on data from NASA and the European Space Agency (ESA) in order to gain an understanding on the impacts of melting ice glaciers and rising sea levels.

But, the Science Channel revealed during its “What on Earth” series how the discovery of a giant hole opening up near the Ross Ice Shelf left them stumped.

“It discovers something no one was expecting to see – a giant hole in the ice.

“The hole appears east of the Ross Ice Shelf and captures the attention of glaciologist Kelly Brunt, who attempt to find a natural explanation for the disturbing phenomenon.” 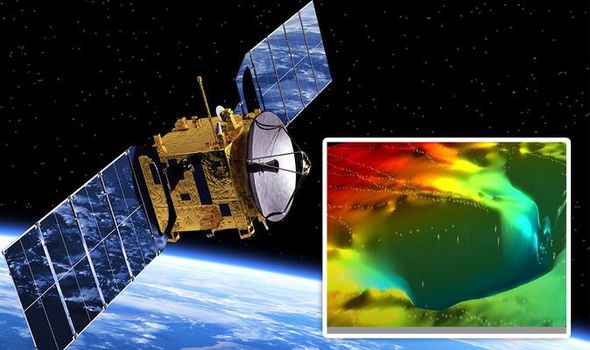 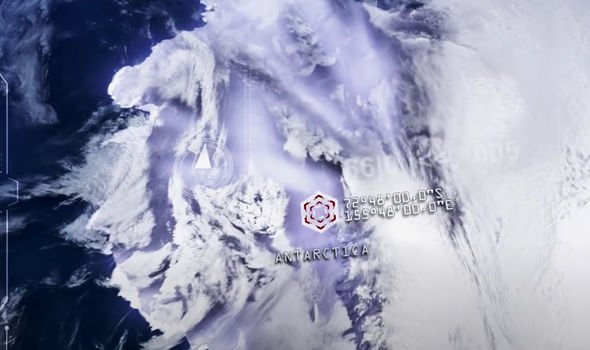 However, the documentary went on to reveal how the team struggled to explain the anomaly.

It added: “They first consider that warm ocean currents could have caused it by melting the ice from below.

“But there’s a problem with this theory – the giant hole is miles from the ocean.

“Scientists now believe there is something ancient lurking beneath the ice that created the hole.”

Dr Brunt revealed the depression in the ice sheet was “about three times the size of Manhattan,” and roughly 150 to 200 feet deep. 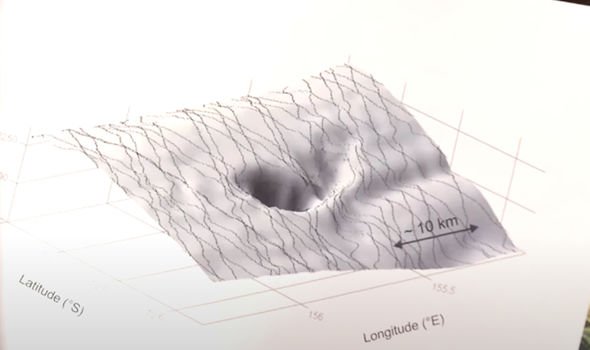 But, they soon came up with a theory for what caused it.

In its geological past, Antarctica had a different climate and around 15 million years ago there was the opportunity for running water to have existed on the surface.

The team believe that water got trapped as lakes a couple of miles below the ice sheet in what they dubbed “ghost lakes”.

University of South Florida’s Professor Frank Muller-Karger explained: “We call them ghost lakes because they are invisible to us until something happens and they reveal themselves.”

The team hypothesised that the hole was created as a result of these lakes, which are believed to be spread under vast areas of Antarctica and can interact. 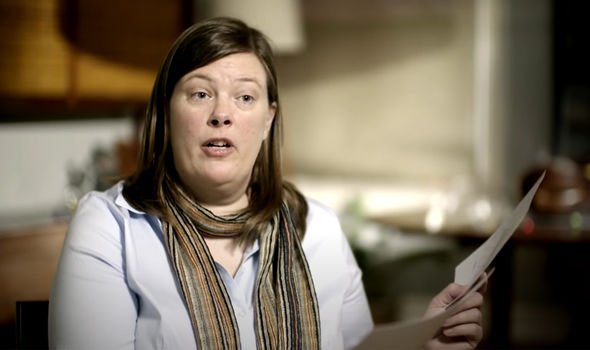 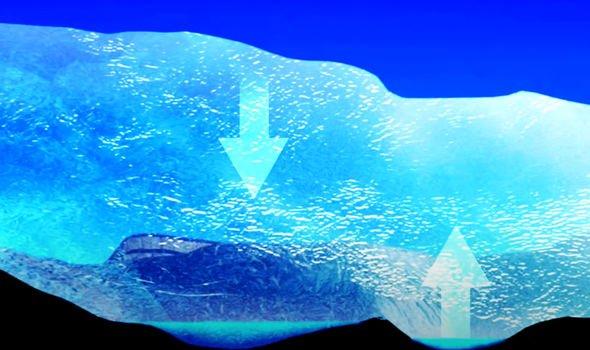 “Despite being thousands of feet beneath the ice, the water remains liquid and it can move from one of the lake to another.

“It appears that the movement of the underground water caused a slump in the water ice, creating the giant hole.”