More than 1,000 scientists are positioned on the icy continent, where temperatures drop below -90C, to study climate change and the history of Earth. The barren landscape gives them access to an unspoilt world, where they can complete their research without intrusion from any third parties. But, researchers also like to head below the ice to take a peek into an ecosystem untouched in millennia, and Advexon’s “Under the Ice” documentary revealed what happened when a team attached a camera to a seal.

The 2014 series explained: “There are all sorts of mysteries under the ice, one of them is how the Weddell seals live.

“In this camp near McMurdo, biologists are studying the seals, they have drilled a hole in the ice so far from the other holes that a seal released here has to come back.

“It’s held captive by its need to breathe.”

The documentary went on to detail the work the scientists carried out. 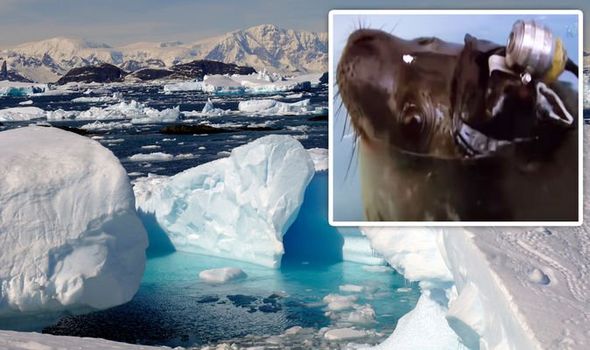 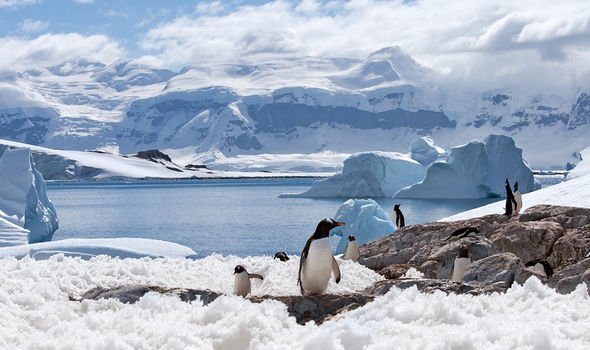 There are all sorts of mysteries under the ice

It added: “Under a special research permit, this male was captured and he’ll work with the scientists for a couple of weeks, then be returned to the place he was caught.

“They have glued instruments on his back and a camera on his head to explore a world of life and hunting under the ice that would otherwise be hidden forever.

The series then showed some of the incredible footage captured by the seal. 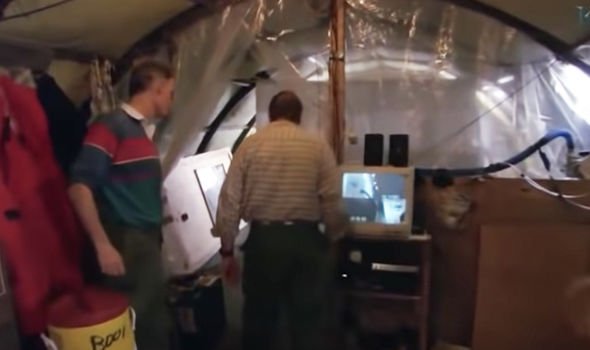 The narrator explained: “This seal and others that have worn the equipment have led to breakthroughs in the study of Weddell’s.

“The video the seal takes is a first.

“Here, with the camera pointed forward is something divers and scientists had never seen before.

“The seal blows bubbles at the sea ice ceiling and flushes out its prey.” 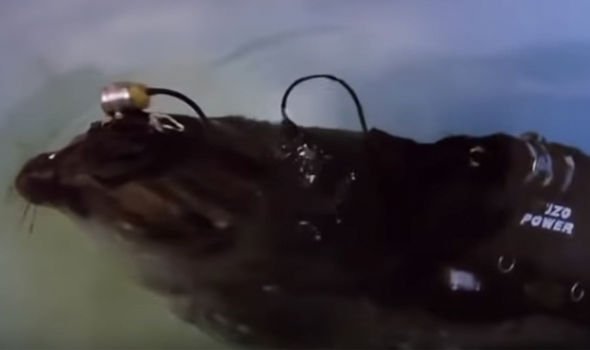 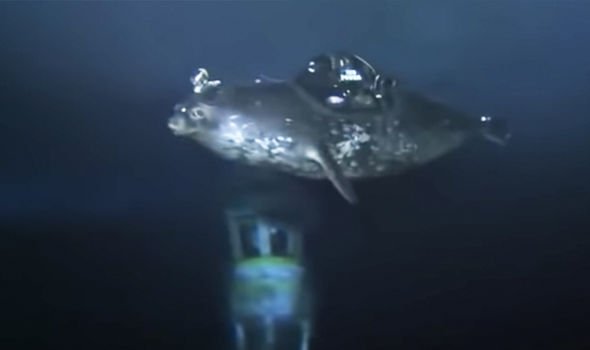 However, the team did have a warning over Antarctica.

They noted: “On a slope below Mount Erebus, a glacier flows to the sea from the thick ice in the interior.

“In some ages of the Earth’s history, Antarctica’s ice has flowed completely away.

“Today, scientists are studying this ice, trying to learn whether it is growing or shrinking and why.

“This simple and precarious balance between what is frozen and what is not affecting everyone on Earth.”