The Weddell Polynya, or Weddell Sea Polynya, is an irregular area of open water surrounded by sea ice in the Weddell Sea of the Southern Ocean that surrounds Antarctica. This anomaly appeared every winter between 1974 and 1976, before disappearing into solid ice, seemingly forever. But, scientists at NASA were stunned when the Earth Observatory picked it up once again four decades later.

Tech Insider explained on their YouTube channel in 2017: “There’s a giant mysterious hole in Antarctica, scientists aren’t sure how it got there, but this isn’t the first time it’s appeared.

“The hole is a type of polynya, a region of open water surrounded by sea ice.

“But the Weddell Polynya is unlike any other, while most polynyas form near the shore, this one is located hundreds of kilometres from the coast.

“Scientists first saw it in 1974, back then, the opening was as large as Oregon, but in 1976, the opening closed-up, seemingly for good.” 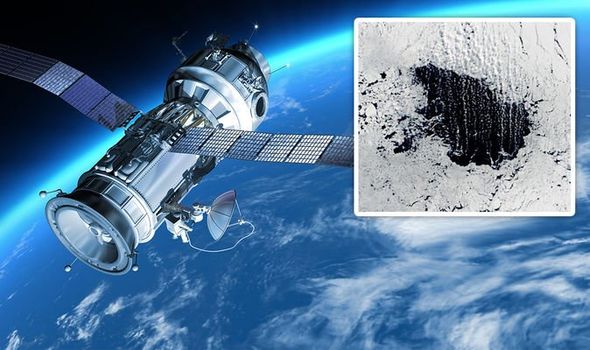 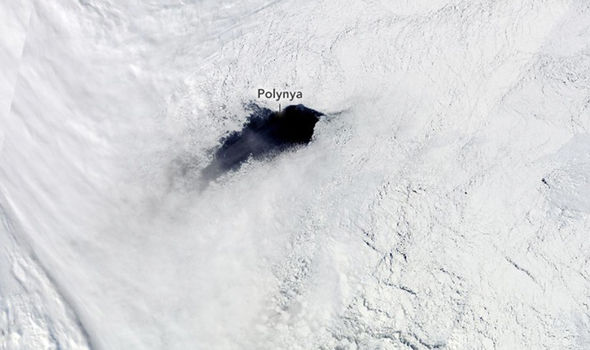 The video continued, explaining how the hole was spotted again.

It added: “But, in 2016, NASA satellites spotted a small opening in the first sighting in over 40 years.

“Since then, the opening has grown considerably larger, now being large enough to fit Maryland (20,000 square miles).

“It’s still five times smaller than it was in the Seventies, but this polynya’s reappearance is a mystery to scientists. 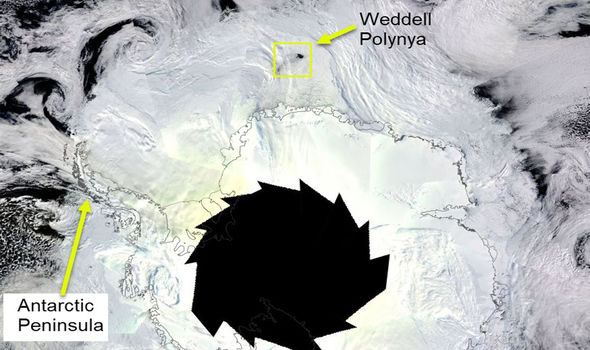 “One expert said it was like someone had punched a hole in the ice, but many questions remain.”

But, scientists now think it is no enigma.

Since the Seventies, the polar Southern Ocean south of the Antarctic Circumpolar Current has freshened and stratified, likely a result of anthropogenic climate change.

Such stratification may be responsible for suppressing the return of the Weddell Sea polynya. 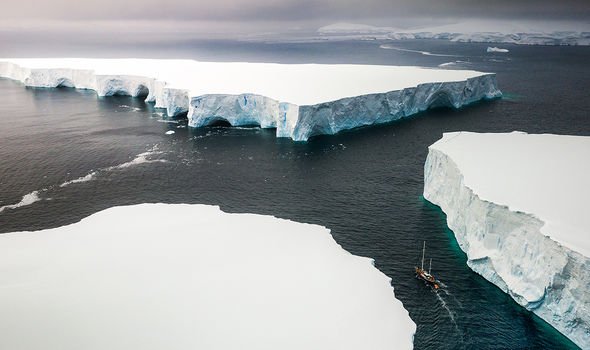 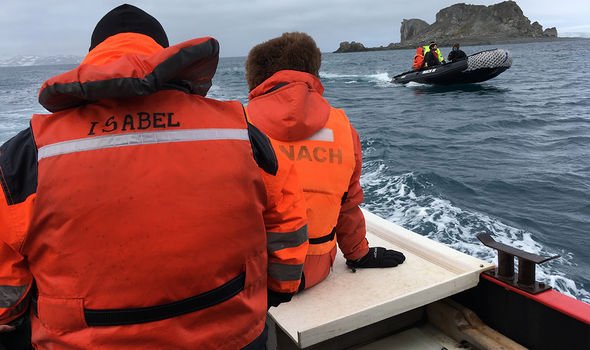 More recently, it was found that intense cyclones occurring over the ice pack, far south from the ice edge, were at the origin of the reoccurrence of the Weddell or Maud Rise Polynya in austral winter 2017.

It was previously revealed how scientists made a remarkable discovery in Antarctica to prove that living organisms can not only live, but thrive on Mars, Amazon Prime’s “Tomorrow’s World” showed.

The narrator revealed: “In 2012, Dr Paul De Vera showed that cyanobacteria present on Earth for 3.5 billion years could survive several weeks in the Martian chamber without a problem.

“But could more complex organisms survive? 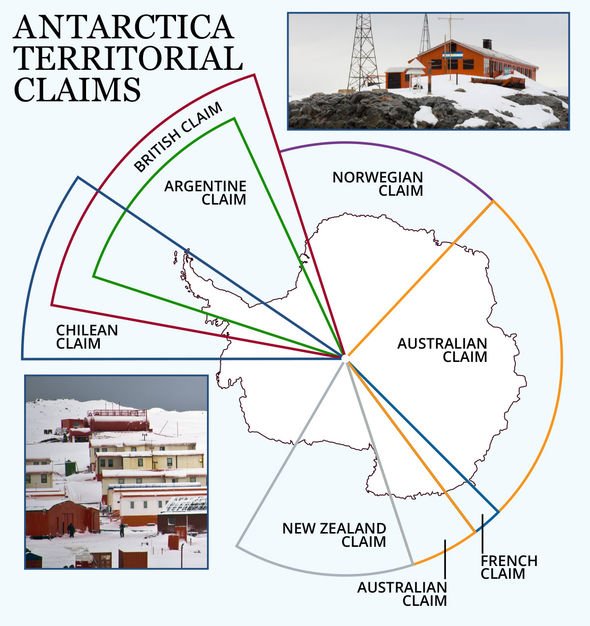 “Dr Paul De Vera repeated his experiment with likening from one of Earth’s most hostile environments, the Antarctic.

“Nine days after exposure, the liken showed astonishing results, it didn’t just survive, it was thriving.

“Far from being a desert with no potential, the Red Planet could be a fertile ground for certain organisms.”

Spoilers: Suicide horror for Mick as he almost takes his own life in EastEnders