The icy continent is home to some 5,000 scientists around the world who study the unspoilt region to learn more about the Earth’s history and the effects of climate change. But researchers got a shock when they discovered more than 100 dormant volcanoes below the continent’s ice sheet, making it the largest volcanic region on Earth. The find was particularly important because the activity of these volcanoes could have crucial implications for the rest of the planet.

If one erupts, it could further destabilise some of the region’s ice sheets, which have already been affected by global warming.

And YouTube channel ‘What If’ put forward an even more concerning case during their documentary on the region.

The narrator said: “This enormous icy wasteland is sitting on top of a volcanic ridge.

“Could their scorching lava reach the surface of the Earth, or would the thick Antarctic ice stop the lava before it makes the planet uninhabitable? 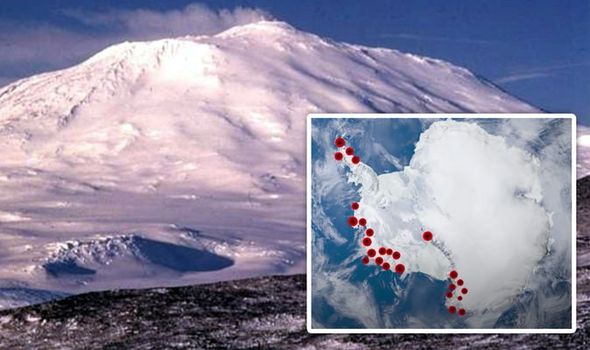 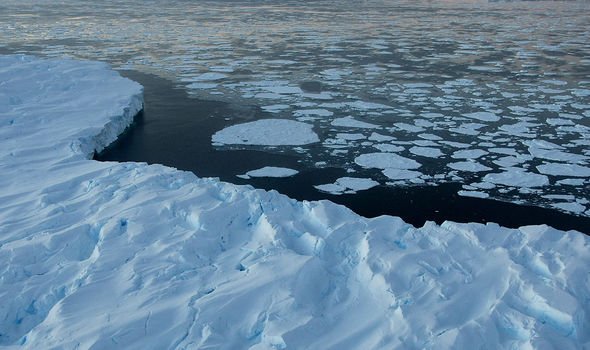 “Antarctica is the coldest continent on Earth and it’s quite mysterious, we didn’t know it had active volcanoes buried underneath it until 2013, when scientists accidentally detected two clusters of small earthquakes.

“Now we have scanned Antarctica with ice-penetrating radar, we know there are many volcanoes hiding below the ice – 138 to be precise.

“That’s only the ones we know of. How much trouble would we be in if all those volcanoes suddenly erupted?”

The series went on to explain how normal conditions for volcanic eruptions do not apply to the frozen desert.

It added: “There are usually warning signs before a volcano erupts, such as waves of earthquakes, indicating molten rock is moving below the surface. 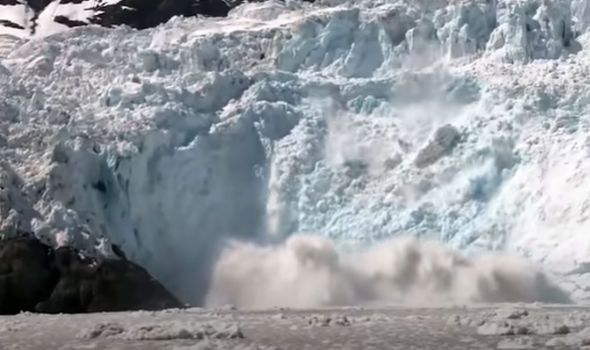 “Then lava and ash join the party, accompanied by heated gases – on average lava moves at about 6mph.

“When a major eruption occurs a volcano can release superheated gases and ash, creating a pyroclastic cloud, reaching up to 700C and moving at 50mph.

“Antarctica’s volcanoes are a different story. They are buried under layers of ice more than four kilometres (2.5 miles) thick.

“We wouldn’t be dealing with volcanic gases making their way to the surface, at least as far as the first eruption.”

But such an event could have devastating consequences for the rest of the world. 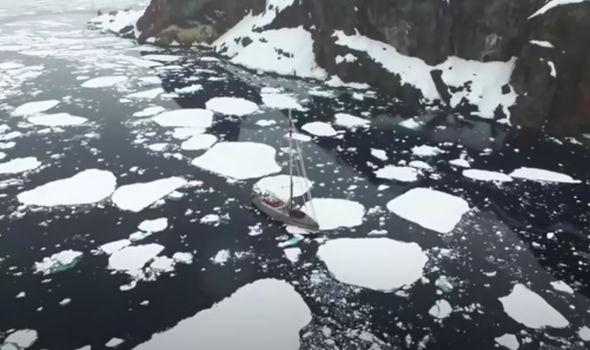 The series added: “The heat would melt caverns in the ice, creating substantial amounts of meltwater and that’s when things get ugly.

“That meltwater would cause the ice above it to move more rapidly, and begin heading into the ocean.

“From there, the domino effect would kick in, and magma finds a way out through an eruption.

“In Antarctica, multiple volcanic eruptions could wake up over 100 other volcanoes, and destabilise the entire region.

“As they go off, more meltwater would be created, causing more of the Antarctic ice to slide into the ocean.”

And the documentary revealed how humans would feel the full force around the globe. 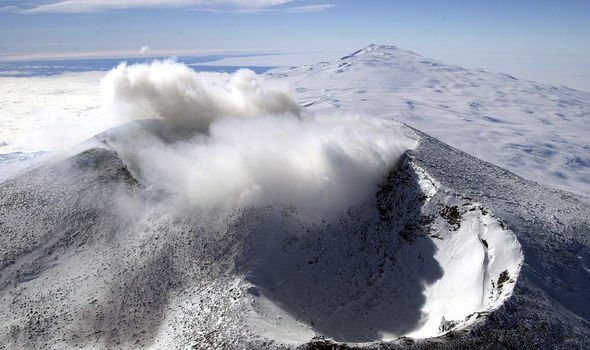 It continued in May: “Antarctic ice would be enclosed by warmer ocean currents – on one hand, we’d get a new look at Antarctic bedrock, but on the other hand, the ice wouldn’t disappear, it would melt.

“If the ice melts, it would raise the global sea level by about 60 metres, contributing to major storms moving slower and dropping more rain.

“Hurricanes and typhoons would wreak havoc on the Earth’s surface.

“Wildlife would lose their habitats and agricultural sill would become contaminated.

“Extensive flooding would push millions of people from the coastline – we could be looking at thousands of deaths and storms wiping out cities and floating oceans inland.”

Experts are also worried about that possibility. 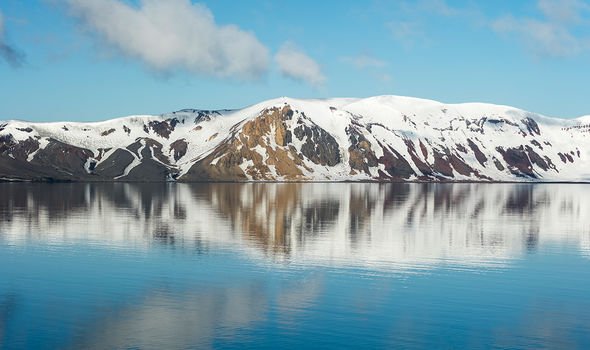 Dr Robert Bingham from Edinburgh University said in February: “It is fascinating to uncover an extensive range of volcanoes in this relatively unexplored continent.

“Better understanding of volcanic activity could shed light on their impact on Antarctica’s ice in the past, present and future, and on other rift systems around the world.

“If they [the ice sheets] are reduced significantly, this could release pressure on the volcanoes that lie below and lead to eruptions that could further destabilise the ice sheets and enhance sea level rises that are already affecting our oceans.”

But for now, these volcanoes are dormant, meaning they have not erupted in the past 10,000 years, but could do so in the future.

At the moment, there are only two active volcanoes in Antarctica – Mount Erebus and Deception Island.

Scientists continue to study the region to find out more.