Physicists have exploited a curious quirk of science to float tiny toy boats the wrong way round, with sails bizarrely submerged beneath the levitating liquid. The experiment’s awe-inspiring effect finds the vessels apparently ignoring the effect of gravity.

The scientific team are convinced their cutting-edge work has practical applications.

We were playing around. We had no idea it would work

These range from processing minerals to segregation and transport of waste and pollutants from liquids on an industrial scale.

Emmanuel Fort, a researcher on the team at the Higher School of Industrial Physics and Chemistry, said: “We were playing around. We had no idea it would work.”

The team were studying the consequences impact vibrations have on various liquids with certain frequencies. 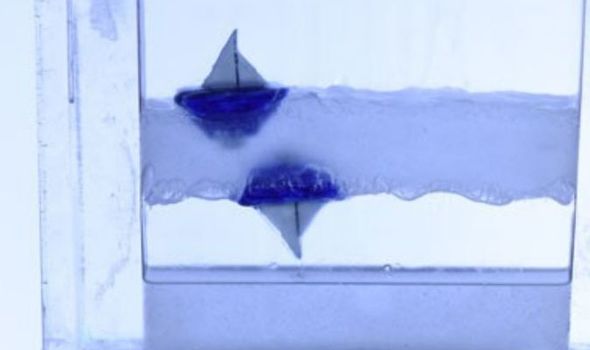 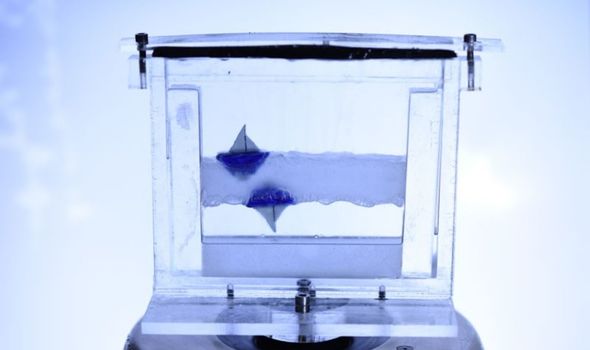 Scientists were already aware bubbles can flow down in liquids, while heavy particles can conversely rise to the surface.

And certain vibrations have been recorded as allowing a layer of liquid to float in air.

This is due to vibrations’ ability to stabilise otherwise-unstable systems.

Liquid in containers will plunge to the bottom when flipped over, but this does not happen instantaneously. 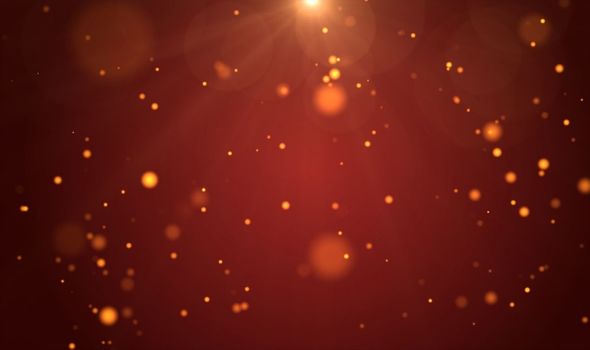 Droplets instead initially form on the underside, leading the rest of the liquid to follow suit.

However, vertical shaking at a specific frequency can stop such droplets from forming.

Without them, the liquid remains aloft: instead of falling, it rests on the cushion of air.

But this latest study has is objects could experience an “antigravity” effect and float in the underside of the levitated liquid.

This was with the toy boat experiment, showing them seemingly levitate in layers of glycerol and silicon oil.

This is due to two forces keeping the vessels in place.

One force responsible is air pressure, which is raised by the weight of the liquid above, keeping the boat into the water.

The liquid pushes back on the boat itself, a force that decreases higher up the layer. 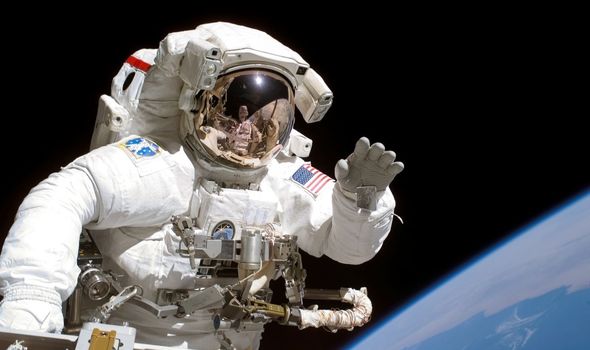 And gravity also plays a key role by pulling the boat down.

This balancing act could fall apart at any moment, were it not for the vibrations.

Dr Fort said: “If you move the boat down in the air it will fall, and if you move it up, it will go up to the interface.

“The whole trick is not only to make the situation possible in the first place, but to stabilise the equilibrium.

“The fun thing is that it triggers reactions from people who aren’t scientific.

“People say it’s like the scene in Pirates of the Caribbean when the boat floats upside down.

“It’s counterintuitive. It gets people talking about science fiction and fantasy and that is very nice.”