Home » Science » Anyone with at least 30,000 followers is officially a ‘celebrity’

Anyone with at least 30,000 followers on social media is officially a ‘celebrity’, UK advertising regulator reveals

Anyone who has 30,000 social media followers now has the dubious and questionable honour of being considered a ‘celebrity’.

It comes after UK Advertising Standards Agency made a landmark ruling in the case of an Instagram influencer, deeming a sponsored post unacceptable as the poster has ‘celebrity status’.

The decision has ramifications beyond just mummy blogger, Sarah Willox Knott, 27, who was the subject of a case from the ASA, and means many people can now consider themselves famous.

The ASA does say it will continue to review cases on an individual basis, and that smaller followings will be considered depending on the situation. 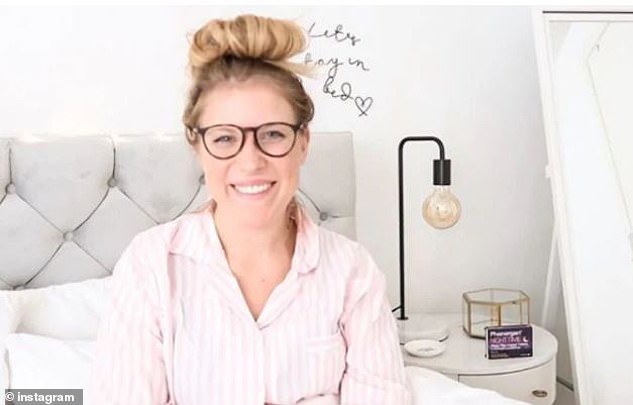 Anyone who has 30,000 social media followers now has the dubious and questionable honour of being considered a ‘celebrity’. Comes case of blogger Sarah Willox Knott who is prominent on Instagram (pictured)

Tap on the button that says ‘Ads.’

From there, the app should show a list of ‘Ads Interests’ used to formulate targeted advertisements.

Her photo, of her wearing a pair of pink and white stripped pyjamas, was picked up by the ASA for potentially breaching guidelines.

The post was clearly marked as an advert and had been cleared by the healthcare trade body, the Proprietary Association of Great Britain.

Sanofi, the firm behind the ad, argued the post was legal but the ASA ruled it did not account for the ‘celebrity’ status of the poster.

Sanofi countered by saying the platform is noticeably smaller than that of other ‘recognised celebrities’, such as David Beckham who has 55 million followers.

It also pointed to the vast amount of sponsored posts from Ms Willox Knott, with more than 1,000 such posts on her account.