Buzz Aldrin’s face has been uncovered in an iconic photo from his Apollo 11 mission.

The pictures, remastered by “Apollo Remastered” author Andy Saunders, show the Lunar Roving Vehicle (LRV) as it was driven by astronauts Commander David Scott and Lunar Module Pilot Jim Irwin on the planet’s surface for the first time.

Scott and Irwin landed the lunar module Falcon on July 30, 1971, according to an account of the events from NASA. 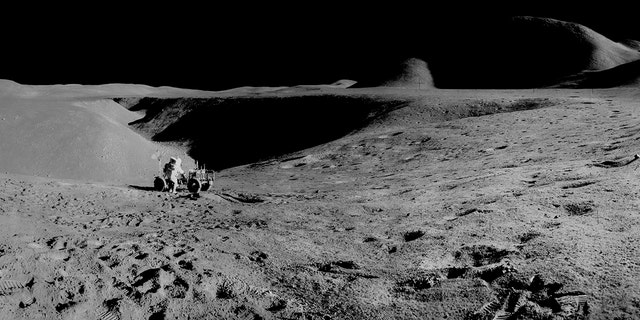 A panorama view of the first use of the Lunar Roving Vehicle (LRV) on the moon and the 14,000-foot Mount Hadley
(NASA / JSC / ASU / Andy Saunders)

The mission had launched from Cape Canaveral, Florida four days prior and entered orbit on July 29.

Irwin and Scott then separated the Falcon from fellow astronaut Alfred Worden, who remained in orbit aboard the Endeavour. 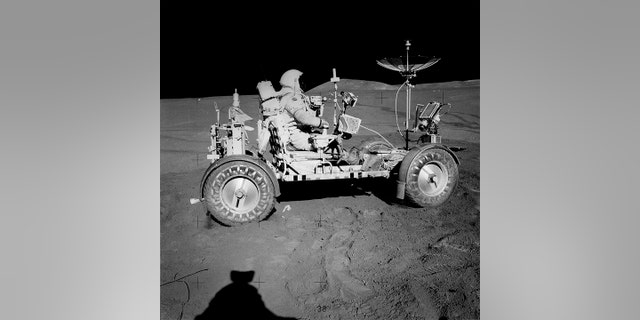 Scott and Irwin touched down at the Hadley-Apennine site and conducted four spacewalks and three excursions using the LRV, for a combined total of 19 hours and 17.5 miles.

The pair collected 170 pounds of lunar material, including rock and soil samples, while Worden also took photos and conducted an expanded set of observations from above. 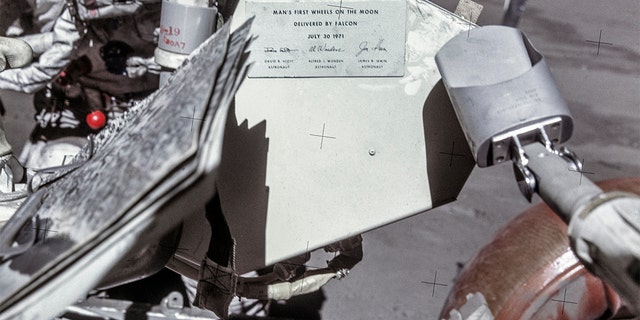 Some 57 hours later – after sleeping on the moon relatively undisturbed, save for a potential oxygen leak – Scott and Irwin prepared to rejoin Worden.

On Aug. 2, the Falcon lifted off from the moon – seen on Earth the first time via an LRV television camera – and the spacecraft docked with Endeavour as the module began its 50th lunar orbit. 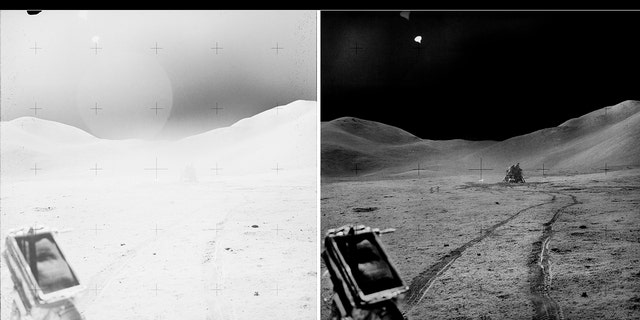 On Aug. 5, Worden became the first human to carry out a deep space EVA (extravehicular activity), exiting the spacecraft, climbing toward the rear of the service module and retrieving film cassettes from its cameras, and returning in less than 20 minutes.

The crew was retrieved from the waters north of Honolulu by the USS Okinawa.

While many Americans remember Apollo 11 – the first spaceflight that landed humans on the moon – and the almost fatal Apollo 13 mission, Apollo 15 and the LRV remain historic symbols of the U.S. space program’s lunar program.

In addition to moonscape shots, Saunders has remastered pictures of the first tracks made by the LRV, the setup of the Apollo Lunar Surface Experiments Package (ALSEP) and a photo of Irwin saluting the American flag.