Is Apple set to kill off the iPad’s home button and headphone jack? iOS 12 beta code reveals tablet to get FaceID and thinner bezels

It may not be long before you’ll be able to unlock an iPad with your face.

Apple’s next tablet is expected to feature ultra-thin bezels and no home button, to make way for its facial recognition technology, called Face ID, according to 9to5Mac.

Apple’s next tablet is expected to feature ultra-thin bezels and no home button, to make way for its facial recognition technology, called Face ID, code in the iOS 12 beta 5 reveals

It indicates that the iPad may be in for a significant overhaul.

That differs from the current icon, which shows a front-facing camera at the top, in addition to a home button at the bottom.

What’s more, the new iPad icon appears to show the absence of a notch design.

Apple introduced the notch on the iPhone X at its September event last year.

The notch houses vital sensors and cameras that power Face ID, but it received from criticism from users who felt it obstructed the iPhone X’s edge-to-edge screen. 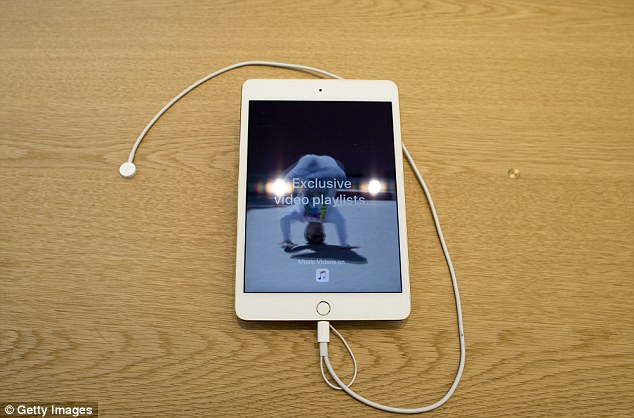 Analysts have been predicting that Apple will introduce facial recognition technology on the next iPad. Among the rumors, it’s also expected to launch new 13-inch and 11-inch models

It’s possible that Apple will make the bezels wide enough so that they can fit the TrueDepth camera that enables facial recognition.

In the past, iOS leaks have served as an accurate predictor of Apple releases.

A HomePod firmware update in 2017 revealed the front-facing design of the iPhone X, so it’s plausible that the iPad icon could serve as a solid indicator of what’s to come.

What’s more, analysts have been predicting for the past several months that Apple will introduce a bezel-less screen and Face ID in the next iPad.

They’ve also predicted that Apple may choose to ditch the headphone jack in the upcoming iPad Pro.

A recent report from Japanese tech site Macotakara suggested that Apple will make its new lineup of iPads thinner, which would require it to eliminate the headphone jack. The new iPad icon appears to show the absence of a notch design. The notch houses vital sensors and cameras that power Face ID, but it received from criticism from users who felt it obstructed the iPhone X’s edge-to-edge screen

This means that users wouldn’t be able to plug their headphones into the standard 3.5 millimeter jack. Instead, they’d have to purchase an adapter that can fit into a lightning cable port.

The home button would be removed to make way for a truly bezel-less screen, just like the iPhone X.

Kuo believes that Apple will release two new iPads – a 11-inch model and a 12.9-inch model.

Face ID uses a 7MP front-facing camera on the iPhone X which has multiple components.

One of these components is a Dot Projector that projects more than 30,000 invisible dots onto your face to map its structure.

The dot map is then read by an infrared camera and the structure of your face is relayed to the A11 Bionic chip in the iPhone X, where it is turned into a mathematical model.

The A11 chip then compares your facial structure to the facial scan stored in the iPhone X during the setup process. 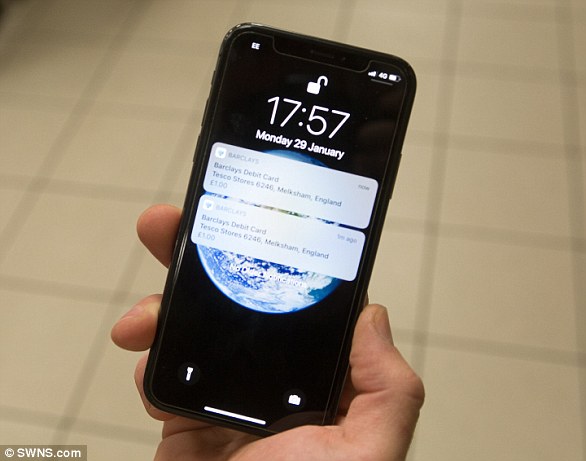 Face ID uses infrared to scan your face, so it works in low lighting conditions and in the dark.

It will only unlock your device when you look in the direction of the iPhone X with your eyes open.

In October 2017, Apple’s vice president of public policy for the Americas, Cyntheia Hogan explained how they make the product accessible to people of different ethnicities.

‘We worked with participants from around the world to include a representative group of people accounting for gender, age, ethnicity, and other factors’, she said.

‘We augmented the studies as needed to provide a high degree of accuracy for a diverse range of users’, she said.

Developers also trained the neural network to spot and resist people trying to unlock the phone with photos or masks.