A US startup has revealed an augmented reality smart lens for everyday use with an embedded display that can be activated with the eye.

Described as the world’s ‘first true smart contact lens’, the Mojo Lens has a built-in display on the corner of the lens that the user has to look towards to activate.

The smart lens has been developed by California-based Mojo Vision, which wants to reduce our reliance on phone and tablet screens – by putting one on our eye.

It means users who get a message won’t have to pull their phone out of their pocket or bag to read it – but merely look in the corner of their vision to make the message appear. 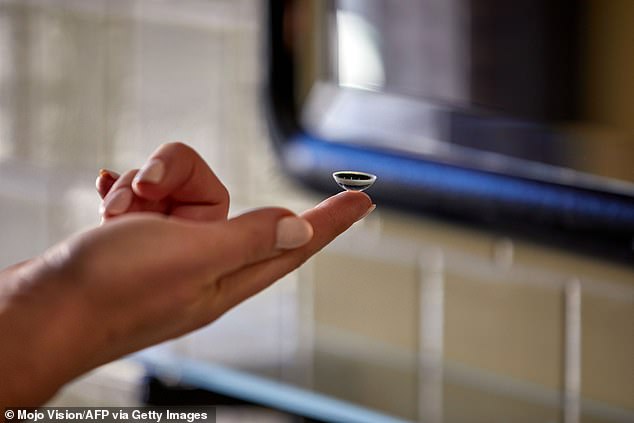 The lens is also connected to the internet, meaning users can get almost instant access to information based on their surroundings – such as the way to the nearest sushi restaurant.

‘We want to create a technology that lets you be you, lets you look like you; it doesn’t change your appearance; it doesn’t make you act weird walking down the street,” Mike Wiemer, cofounder and chief technology officer at Mojo Vision, told Wired.

‘It’s very discreet and frankly, substantially, most of the time it doesn’t show you anything.’

By putting an AR display in a lens, the company is dramatically scaling down modern immersive hardware, which too often means strapping on neck-straining headsets.

‘Today’s AR headsets are too awkward to be worn in social and professional situations, and many AR solutions try to create immersive experiences that can clutter reality,’ the company says on its website.

‘That’s why Mojo has pioneered the concept of Invisible Computing – a display that never gets in the way.’

Mojo Lens uses unique, purpose-built microelectronics and the world’s densest microdisplay, which reportedly has a resolution of 14,000-pixels-per-inch. 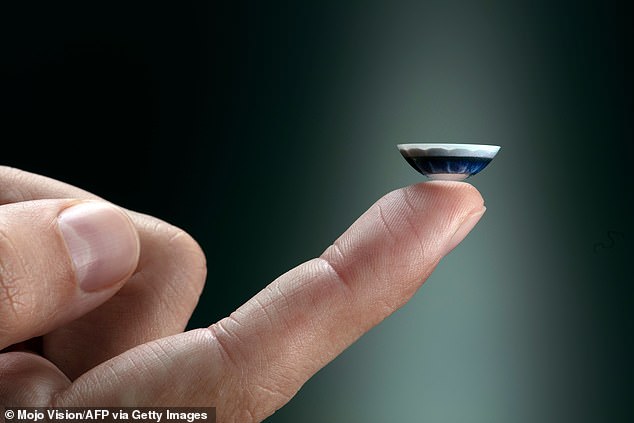 The rigid contact lens, which the company has been developing for several years, may also be used to help people with visual impairments by using enhanced image overlays

The prototype lens has an embedded display about the size of a dot from an ink pen, according to Wired, which tested the device.

If the user is looking straight ahead while they’re wearing the lens, they won’t see anything unusual.

But users just need to move their eye to any corner of their range of vision to activate a pop-up screen with icons for notifications, weather calendar and music.

Users can expand these icons further to see more details by staring at an arrow next to them.

One particular use case involves reading a pre-written speech at normal speed as it scrolled down – much like a teleprompter.

It means users presenting a conference or delivering a lecture can keep their line of vision directed at their audience without having to constantly move their head down to check their notes. 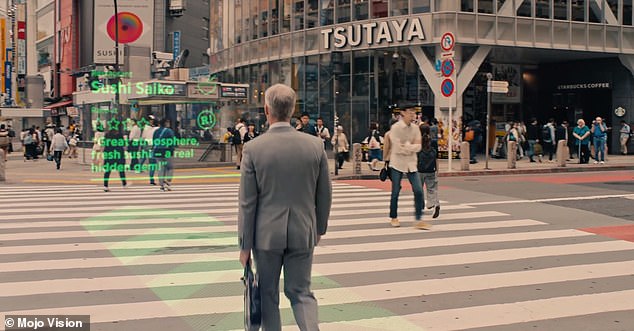 ‘OK Google, which way to… oh you’ve beaten me to it’. The prototype device gives you constant guidance to your desired location 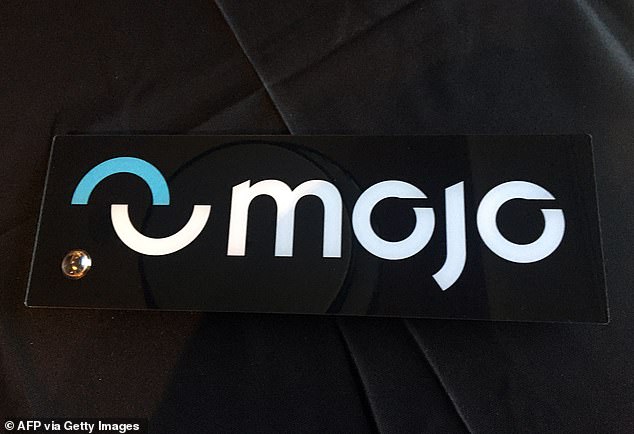 The user receives power via a wearable on their wrist, but the commercialised version might be compatible with a smartphone instead.

The Black Mirror-esque lens will be just like wearing any other contact lens and will sit right on the cornea.

The company will work with the US Food and Drug Administration to make sure it passes safety regulations. 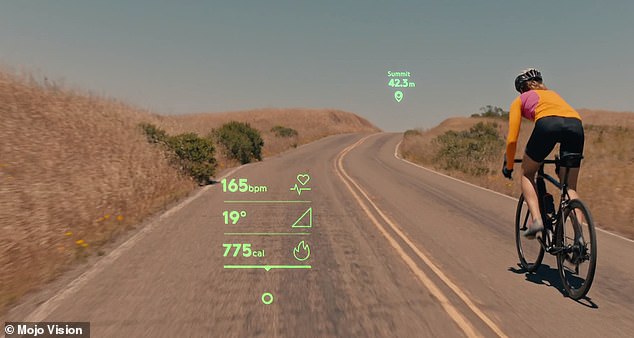 ‘The safety implications of this are something that we obviously paid a lot of attention to, but it’s a very safe product.’

The product will be marketed towards not only modern CEOs who are too busy to lift up their phones, but more importantly people who are visually impaired or have vision too poor for glasses to correct.

The company also announced a new partnership with Vista Center for the Blind and Visually Impaired, a non-profit that offers rehabilitation to more than 3,000 children and adults with blindness or impaired vision each year.

The company’s CEO, Drew Perkins, founded the company with the aim to give such people ‘superpowers’. 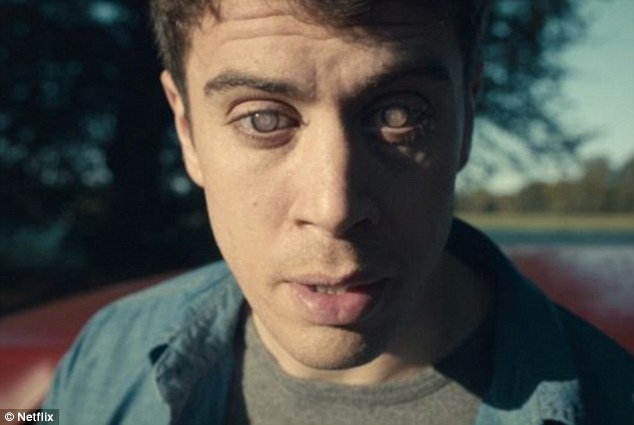 The lens has been unveiled by the company but it’s still in the R&D phase meaning it’ll be a while before you can find it in the shops.

As for any security concerns, the company maintains that it’s building its ‘Invisible Computing’ platform ‘in such a way that your data stays secure and private’ without giving further details.