Evidence of the catastrophic event has already been found in onshore sediments in Western Scandinavia, the Faroe Isles, northeast Britain, Denmark and Greenland but now for the first time confirmation of the apocalyptic event has been found on the UK’s southern coasts. The giant tsunami, known as the Storegga Slide, was caused when an area of seabed the size of Scotland – some 80,000sq km (3,200 cubic km) –suddenly shift off the Norweigan coast.

This triggered terrifyingly huge waves that would have brought devastation to an inhabited ancient land bridge.

Exploring Doggerland, the lost landscape underneath the North Sea, is one of the last great archaeological challenges in Europe

This once existed between ancient Britain and mainland Europe – an area known as Doggerland – now submerged beneath the North Sea.

Professor Vince Gaffney from the School of Archaeological and Forensic Sciences at the University of Bradford said: “Exploring Doggerland, the lost landscape underneath the North Sea, is one of the last great archaeological challenges in Europe.

“This work demonstrates that an interdisciplinary team of archaeologists and scientists can bring this landscape back to life and even throw new light on one of prehistory’s great natural disasters, the Storegga Tsunami. 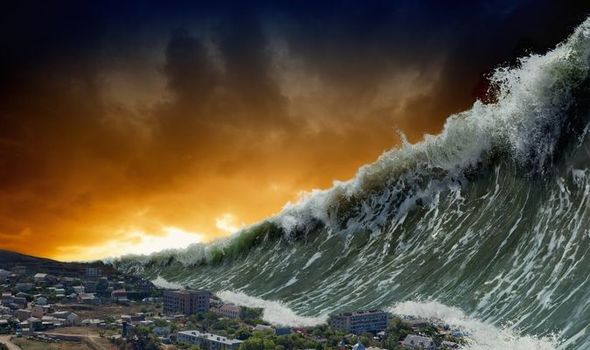 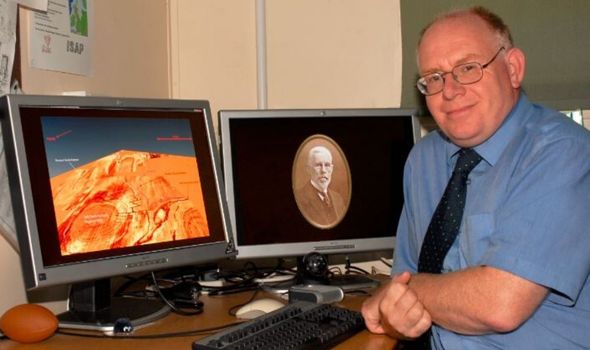 “The events leading up to the Storegga tsunami have many similarities to those of today.

“Climate is changing and this impacts on many aspects of society, especially in coastal locations.”

Details of the discoveries, carried out by Europe’s Lost Frontiers European Research Council-funded research consortium, have been published in the journal Geosciences.

The tsunami, the largest to hit Northern Europe since the end of the last ice age, happened following a period of global climate change. 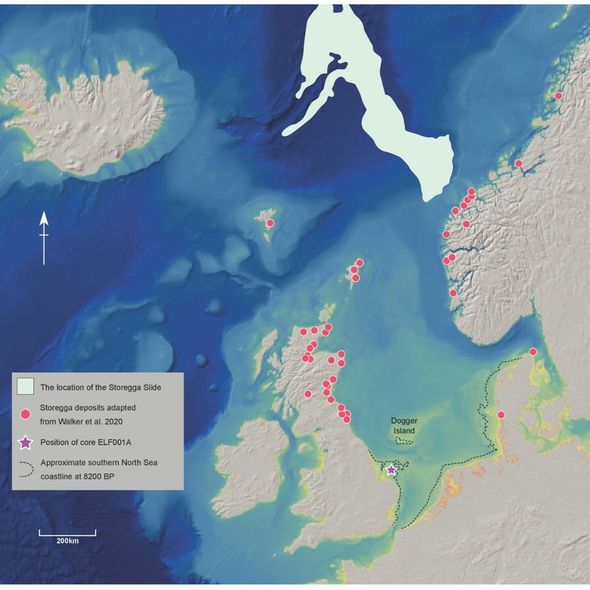 Until now no clear trace of the tsunami had been found across the southern North Sea and importantly no trace had been found on Doggerland, which was gradually swallowed by rising sea levels after the end of the last glacial maximum.

And scientists now suspect the tsunami may even have led to the final inundation of Doggerland.

Cores from an area south of a marine trough named the Outer Dowsing Deep provided nearly half a metre of tsunami-like deposits, stones and broken shells sandwiched between laminated estuarine sediments.

Dating indicated they were contemporary with the Storegga event, while analysis including geochemical, sedimentological, palaeomagnetic, isotopic, palaeobotany and ‘sedaDNA’ (sedentary DNA) techniques showed the deposits could be readily interpreted as resulting from a tsunami.

The multi-proxy characterisation was necessary as the signatures of tsunamis are often difficult to identify in comparison to those from periodic storm activity.

Key to understanding the sequence was the interpretation of geochemical signatures of three major waves hitting and retreating from the land.

A number of innovative sedaDNA breakthroughs were achieved by the University of Warwick scientists – for the first time they were able to see how biomass changes with large natural events.

In addition, a new ‘metagenomic assessment methodology’ was developed for authenticating the sedaDNA damaged, whilst under the sea for thousands of years. 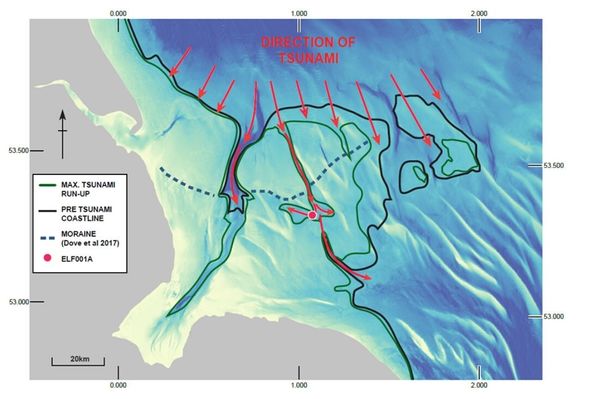 These innovations, together with assessment of the stratigraphic integrity of samples and refinement in algorithms to define ancient fragmented molecules of DNA, helped establish the sediment provenance.

Professor Robin Allaby from the University of Warwick said: “This study represents an exciting milestone for sedimentary ancient DNA studies establishing a number of breakthrough methods to reconstruct an 8,150-year-old environmental catastrophe in the lands that existed before the North Sea flooded them away into history.”

Dr Richard Bayes from the University of St Andrews, said: “The multi-proxy approach has paid-off dividends here, in particular the geochemical analysis combined with the geophysics is allowing us to see and interpret data in a way never previously possible.”

At the time the tsunami hit Doggerland, a Mesolithic hunter-gather people could have been using the remaining archipelago and for those unfortunate enough to be caught within the tsunami runup zone, it would have been devastating.

However, the palaeo-topography and environmental modelling suggest much of the landscape may have survived reasonably intact to rapidly return to pre-tsunami conditions.

The longer-term fate of these lands was to be submerged as sea level rose to those of the present day.

The paper published in the journal Geosciences is called Multi-Proxy Characterisation of the Storegga Tsunami and Its Impact on the Early Holocene Landscapes of the Southern North Sea.