Mt Vesuvius, Italy, is home to one of the most famous volcanic eruptions in human history. In 79AD the volcano spewed lava so violently, and at such a quick speed, that Vesuvius completely consumed the local cities of Herculaneum and Pompeii.

Pompeii was so well preserved that scientists have been able to recreate the residents last moments.

Archaeologists had believed the victims were so well preserved as their deaths were instant due to the sheer heat and blast of ash which caught the residents off guard in a flash.

However, new research has found the victims’ deaths were long and agonising as the locals were “baked” in a slow turmoil.

Forensic expert and lead author of a new study Professor Tim Thompson, Associate Dean in Teesside University’s School of Health & Life Sciences, said: “The people hid for protection, and got stuck. The general theory has been that these individuals were instantly vaporised. 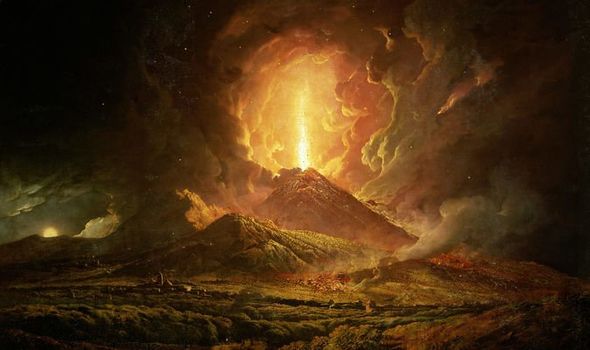 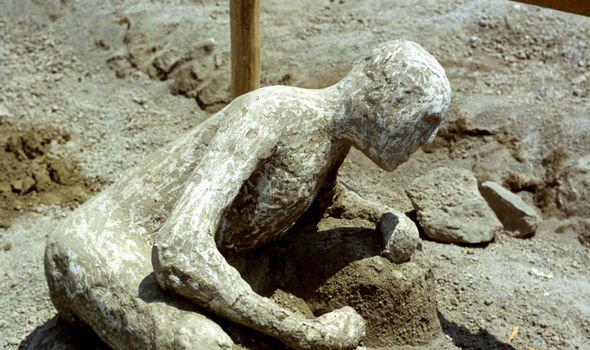 “Vaporisation isn’t necessarily in keeping with what we see forensically in modern volcanic eruptions.”

But the analysis from Teeside University suggests the lava would have been a much cooler 240 degrees Celsius.

By analysing the collagen – a structural protein found in the body’s connective tissues – in the ribs of 152 individuals, the team found that the patterns did not match that of being melted at over 300C. 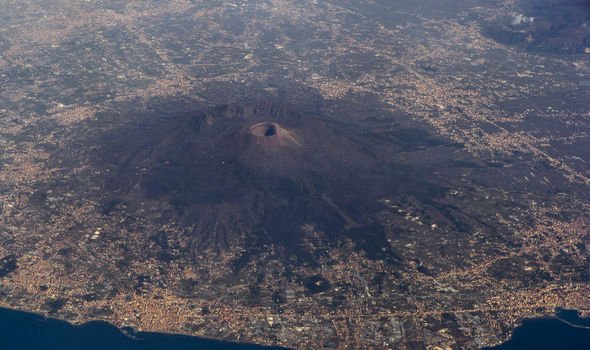 Instead, it shows that the victims lived long enough to suffer at the hands of the eruption, rather than an instant death.

Prof Thompson said: “‘The residents saw the eruption and had a chance to attempt to escape.

“It gives a snapshot into the way in which these people responded and reacted to the eruption.

“What was interesting was that we had good collagen preservation but also evidence of heat-induced change in the bone crystallinity. We could also see that the victims had not been burned at high temperatures.” 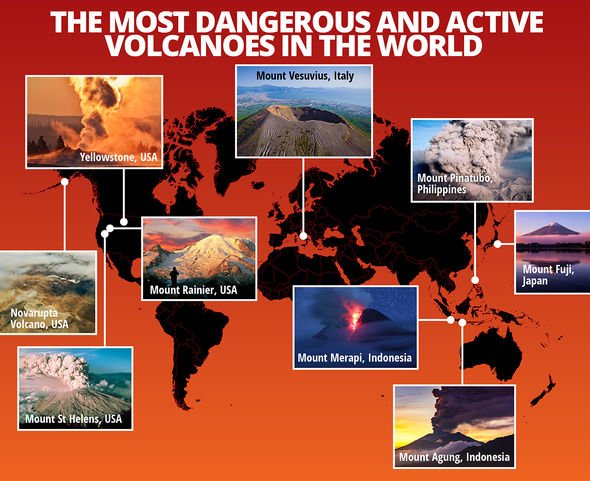 Professor Oliver Craig from the Department of Archaeology at the University of York, said: “The realisation that collagen was present in the Herculaneum bones was completely unexpected. We realised then that commonly held assumptions regarding the manner of their death could not be true.

“If the bones were exposed to extreme heat then we would expect the collagen to be lost very quickly from the bone. Finding collagen was our first indicator of lower temperature exposure.

“Thanks to the collagen preservation in the bones of the Herculaneum victims, we have been able to commence a whole suite of further analyses.

“For example, through stable isotope measurements we have gained a unique snapshot of Roman diet.”