The archaeological discovery was hiding in plain sight for centuries, tucked away in a field near the village Łysomice in northern Poland. But with the aid of Google Earth scans, archaeologists were able to spot concentric outlines of where the ancient structures, or pans, once stood. The researchers now believe the buildings were raised by some of the first European communities to farm the land.

The discovery dates the neolithic structures to about 2,000 years before the Great Pyramid of Giza was built in Egypt.

Mateusz Sosnowski from the Institute of Archaeology at the University of Nicolas Copernicus praised the unexpected find.

The archaeologist said: “Our discovery can be boldly dubbed sensational due to the fact the pans are located east of the Vistula river.

“These constructions are the most north-eastern of their type in Europe. We did not expect such a discovery in this region.” 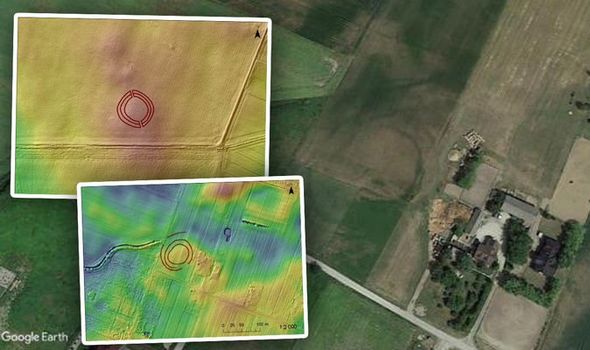 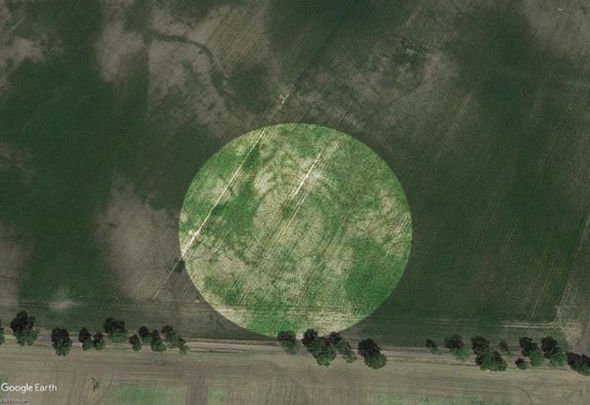 The ringed structures or pans were found roughly three miles (5km) apart outside of Łysomice.

The structures measure approximately 278ft (85m) across and feature three concentric ditches with a common centre.

When viewed from space with the aid of Google Earth and Google Maps, the pans left distinct impressions in the land now used for modern farming.

The archaeologists speculate the structures may have had ties to early astrological efforts due to the direction of their construction.

Dr Sosnowski said: “What is is also interesting, is that the entrances are most likely directly opposite one another on a northwest-southeast axis.

“We suppose they could also be linked to astronomical observations.”

Our discovery can be boldly dubbed sensational

The entrances likely faced the direction of the rising Sun during the Winter Solstice.

Dr Sosnowski said: “In order to confirm this concept we will need further analysis.”

To date, archaeologists have found more than 130 of these pan-like structures all over Europe. 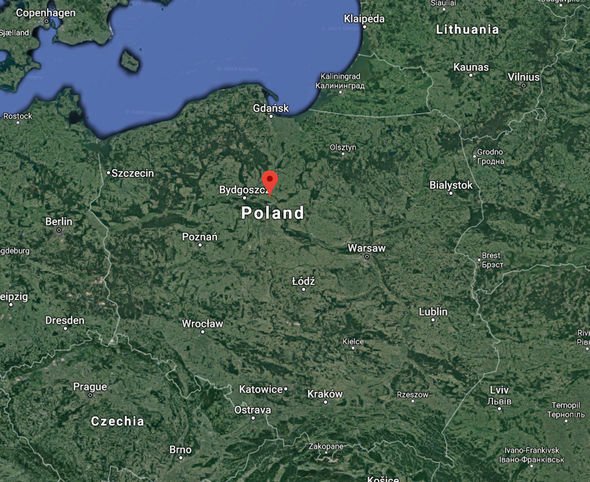 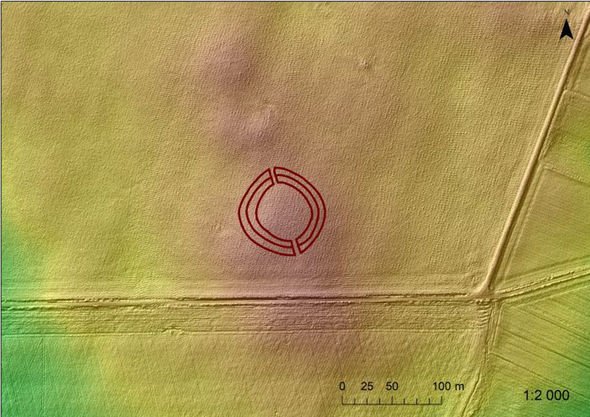 At least one-third of these structures can be found in Austria.

The rest are peppered across Poland, Hungary, Germany, Slovakia and the Czech Republic.

In this particular case, the archaeologists believe the structures were “planned and raised by a large group of people”.

According to some researchers, they may have served ceremonial roles or acted as temples for pagan practices.

The European pans were typically surrounded by concentric ditches and wooden palisades, which suggests they could have been defensive structures.

Dr Sosnowski and his team now want to visit the sites in person in the winter.

The unusual remains were found on the coast of Central Ecuador at burial site called Salango.

Archaeologists have also solved an incredible Roman mystery after discovering a “forgotten city” buried in the Mediterranean.