Asteroids are the small rocky bodies in the inner Solar System orbiting the Sun and their collisions – known as impact events – have played a significant role in shaping many planets. NASA is constantly watching the cosmos, categorising any Near-Earth Objects (NEOs) as Potentially Hazardous Objects (PHO) if they could pose a threat to life on Earth. Last week, two 14-year-old girls, from the western Indian city of Surat, discovered what is believed to be an NEO as part of an asteroid search campaign conducted by SPACE India along with the International Astronomical Search Collaboration (IASC) – a NASA-affiliated citizen scientist group.

Vaidehi Vekariya and Radhika Lakhani spotted the space rock near Mars and reported it to NASA.

Vaidehi said: “We started the project in June and we sent back our analysis a few weeks ago to NASA.

“On July 23, they sent us an email confirming that we had identified a Near-Earth Object.”

Vaidehi, who wants to be an astronaut when she is older, added: “I look forward to when we will get a chance to name the asteroid.” 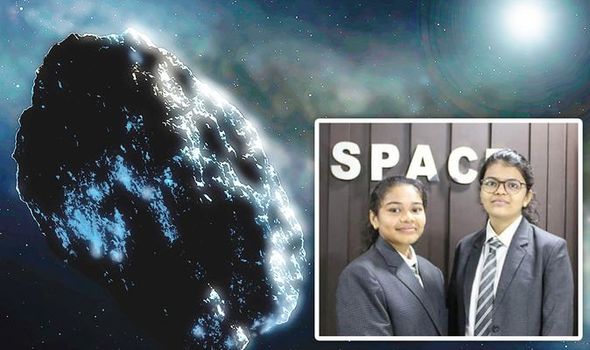 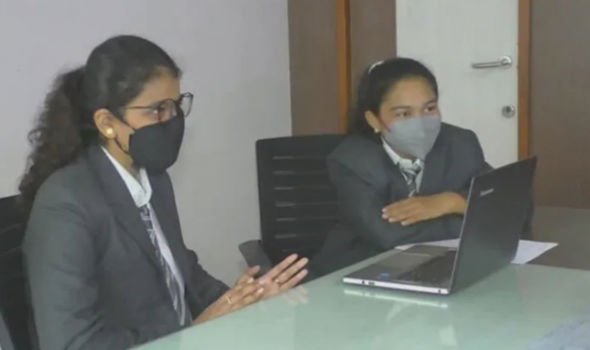 For now, the rock has been dubbed HLV2514 and will only be officially recognised after NASA confirms its orbit, a SPACE India spokesman said.

They added in a tweet: “We are proud to announce Vaidehi Vekariya and Radhika Lakhani, two students of P.P Savani Chaitanya Vidya Sankul (CBSE) from Surat with the help of SPACE-AIASC discovered a new asteroid which is a Near-Earth Object named HLV2514.”

The girls used specialised software to analyse the images snapped by the Pan-STARRS telescope in Hawaii.

The institute is among the few private space education initiatives in India, a country known for championing low-cost space technology that has spurred missions to the Moon and Mars.

The asteroid is expected to fly past Earth in approximately one million years, Reuters reported, but it remains unclear how close that will be and if it poses a threat. 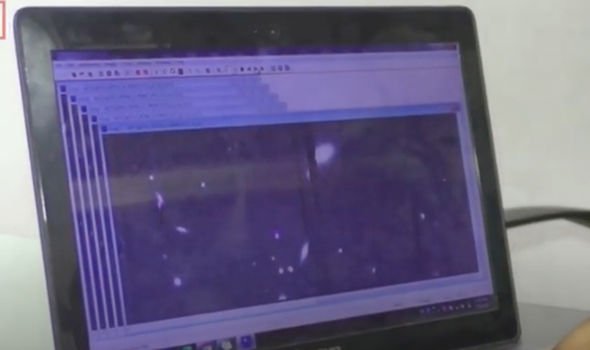 Occasionally, asteroids can also make “close approaches” to Earth, but this does not mean they are going to strike.

NASA says: “As they orbit the Sun, NEOs can occasionally approach close to Earth.

“Note that a ‘close’ passage astronomically can be very far away in human terms, millions or even tens of millions of kilometres.

“Occasionally, asteroids’ orbital paths are influenced by the gravitational tug of planets, which cause their paths to alter.”

A force known as the Yarkovsky effect can also cause an asteroid to veer off-course. 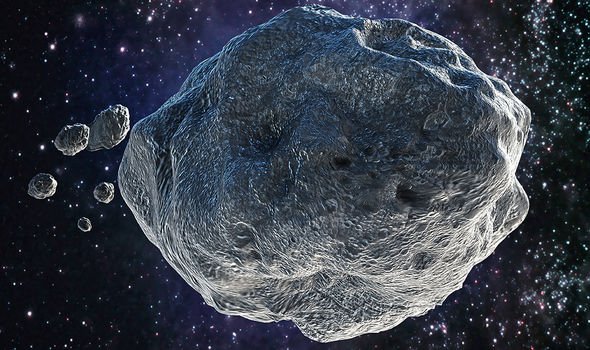 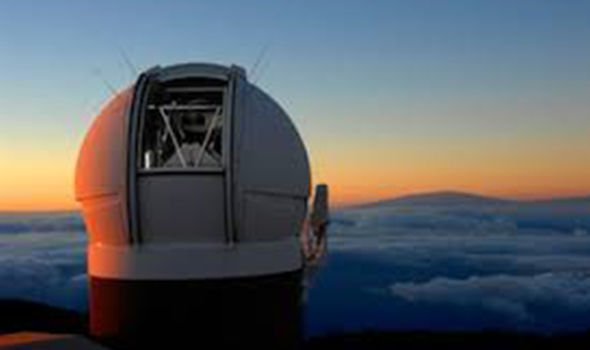 The effect occurs when a space rock is heated in direct sunlight and cools down to release radiation from its surface.

NASA added: “This radiation exerts a force on the asteroid, acting as a sort of mini-thruster that can slowly change the asteroid’s direction over time.”

There is also the possibility of asteroids or fragmented asteroids, being redirected towards us after colliding with other space rocks.

But other asteroids listed on NASA’s database of “Earth close approaches” are deemed safe and NASA’s tracking systems have ruled out all possibility of danger.

NASA previously said: “Because of the ongoing search efforts to find nearly all the large NEOs, objects will occasionally be found to be on very close Earth approaching trajectories.

“Great care must then be taken to verify any Earth collision predictions that are made.

“Given the extremely unlikely nature of such a collision, almost all of these predictions will turn out to be false alarms.

“However, if an object is verified to be on an Earth colliding trajectory, it seems likely that this collision possibility will be known several years prior to the actual event.”