Home » Science » Asteroid warning: Earth at risk of being burnt to cinder like dinosaurs, says expert

Asteroids have created a field of debris surrounding Earth which threatens to eventually wipe out humanity and turn the planet into an “airless burnt cinder”, according to space author David Whitehouse. He explained cores of dead planets continue to hit into each other as Jupiter’s gravitational pull rips them apart. He noted the solar system had far more planets at the beginning but as it grew, planets hit into each other and space debris was created.

Speaking to Sky News, Mr Whitehouse said: “We had much more than the planets we’ve got at the moment.

“In fact the reason why we have a large moon is because the early Earth was moonless and hit by an object, the debris from the moon.

“Between Mars and Jupiter, it seems that small bodies were able to form but not a big planet because Jupiter’s gravity disrupted it. 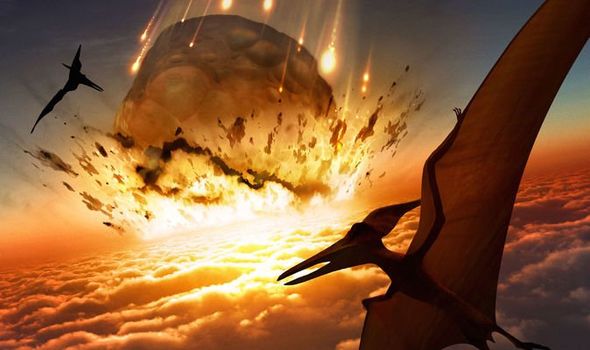 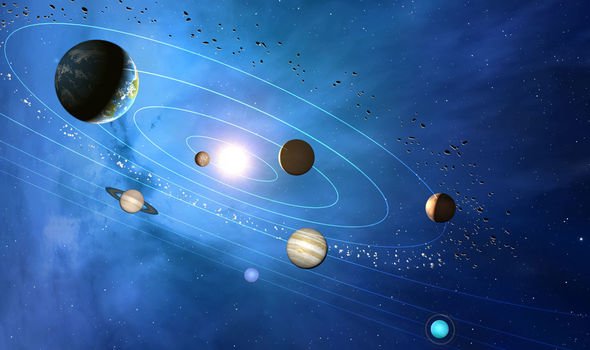 “Over time they smashed into each other to create this debris field. The interesting thing is they’re not all between Mars and Jupiter.

“Some of them actually come close to the Earth and those are actually the ones we could experiment on first to see if we can get the metals from them to the moon or the Earth.

“They’re the ones of course that will sometimes threaten us like they did the dinosaurs.”

The Sky News host asked: “This asteroid – is that what the Earth’s going to be? This is the core of a dead planet so, way into the future. 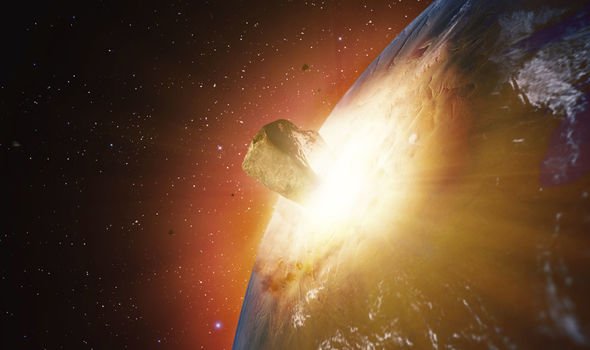 “Is this what Earth’s going to be, an asteroid of metal floating through space?”

Mr Whitehouse added: “Something like it. The sun will swell up and become very bright.

“It will turn the Earth into an airless burnt cinder.”

NASA has defined an asteroid as small, rocky objects that orbit the sun. 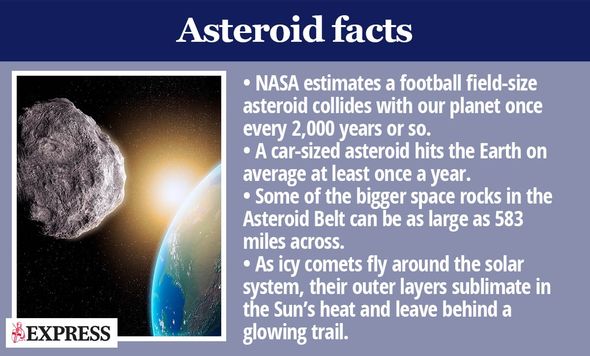 Most asteroids in the solar system can be found in the main asteroid belt, a region between the orbits of Mars and Jupiter.

Other asteroids are found in the orbital path of planets. This means that the asteroid and the planet follow the same path around the sun.

Earth and a few other planets have asteroids like this.

Asteroids are left over from the formation of of the solar system which was formed 4.6 billion years ago.