Baby porpoises in Britain are being POISONED by their own mothers’ milk, which scientists claim contains a ‘toxic cocktail’ of chemicals due to pollutants in the environment

Baby porpoises in Britain are being poisoned by their mother’s milk due to high level of chemical pollutants in the water, researchers have discovered.

The study by the Zoological Society of London (ZSL) found that female harbour porpoises were carrying a neurotoxic cocktail of polychlorinated biphenyls (PCBs).

PCBs are a group of chemicals used in electrical equipment, surface coatings and paints until the 1980s when they were banned due to their toxic nature.

They were found to be harmful to the environment, wildlife and people – but they are still entering the food chain through runoff and dredging. 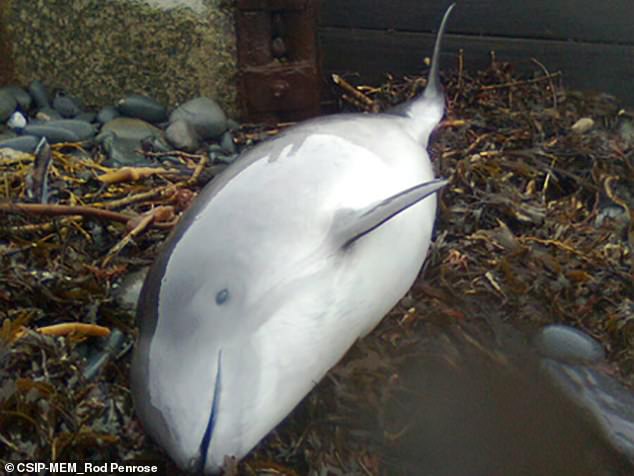 The chemicals are particularly toxic during brain developed and the mothers are unknowingly passing them on to their feeding calves.

‘All they’re supposed to be getting are the vital nutrients they need for the crucial developmental stage’, said Rosie Williams, from Brunel University London.

‘Previously, scientists tended to monitor PCB concentrations by grouping them together and treating them as one chemical.

‘But as we know, they’re a group of chemicals with different toxicity levels so it was a bit like trying to measure how much caffeine someone’s had, without knowing whether they drank three cans of red bull or three cups of tea.’

They decided to take a new approach and look at the composition of individual chemicals, so that they could get a better understanding of the risk posed by these chemicals to marine wildlife.

Researchers hope that studying PCB exposure in more abundant species like porpoises will help them better understand its impact on more vulnerable species such as the native UK killer whale – where only eight are still alive.

As top predators, killer whales are exposed to some of the highest levels of PCBs, because there is an accumulative effect of PCBs as you go up the food chain.

‘It’s obvious that marine mammals are still experiencing the lingering impacts of PCBs, so identifying the sources and pathways they’re entering our oceans is a vital next step to preventing further pollution’, said Ms Williams. 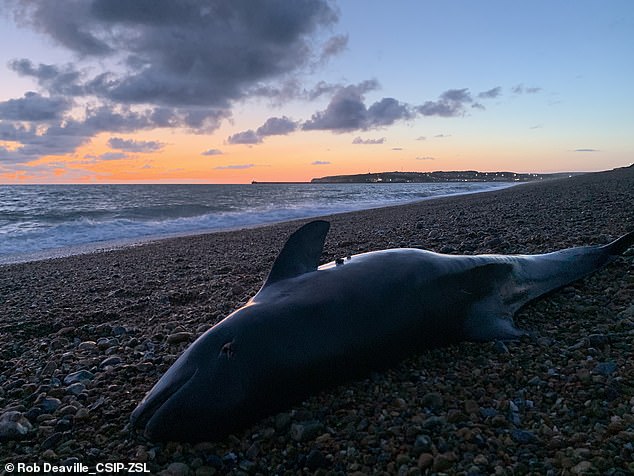 ‘This research helps further our understanding of these legacy industrial chemical pollutants and the effects that different levels of exposure, in complex mixtures, may have.

‘Learning more about PCB exposure in juvenile animals is vital, so that we can try to mitigate the impact of these dangerous chemicals on populations and help protect the future status of marine mammals in UK waters.’

In the study, scientists used the world’s largest cetacean toxicology dataset generated by the Centre for Environment Fisheries and Aquaculture Science.

The data is from samples collected from UK stranded cetaceans including a total of almost 700 harbour porpoises stranded in the UK between 1992 and 2015.

The findings were published in the Science of the Total Environment journal.