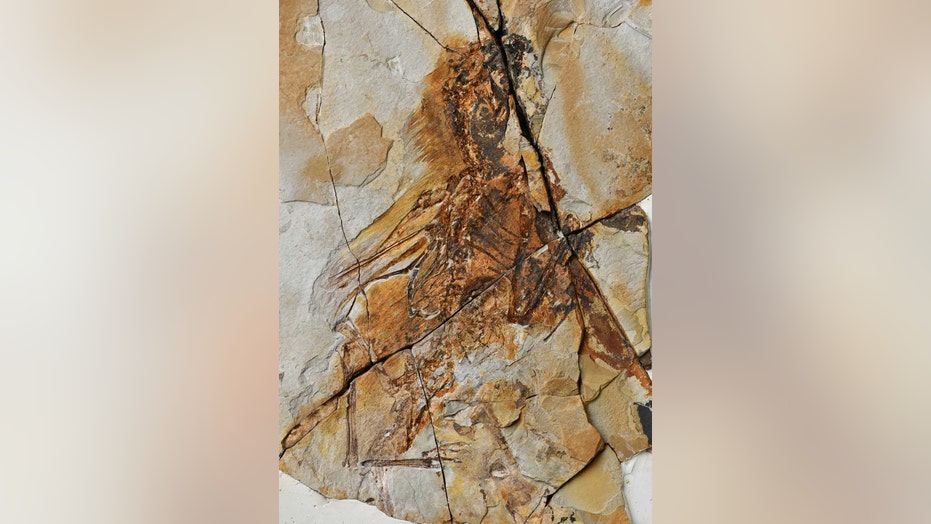 Fox News Flash top headlines for May 13 are here. Check out what’s clicking on Foxnews.com

Light up the Jurassic bat-signal, Commissioner Gordon. Researchers have discovered the fossil of a new “bat–winged” dinosaur in northeast China.

Dubbed Ambopteryx longibrachium, the blue jay-sized theropod lived 163 million years ago during the Jurassic period. Its wings were made of a soft membrane attached to long arm bones which, when spread, resembled those of a bat.

The fossil was discovered in Liaoning province in 2017 by a research team, led by Dr. Min Wang of the Institute of Vertebrate Paleontology and Paleoanthropology at the China Academy of Sciences. The researchers first thought it was a bird when they saw it in the rock, but after they dug it out, it became clear that Ambopteryx was a dinosaur.

The researchers aren’t sure exactly how the dinosaur, which also had feathers, looked as it took flight. It couldn’t flap its wings, so it’s believed the creatures would simply glide. According to the study, the discovery shows that dinosaurs took a few turns on their evolutionary journey into birds. Flying dinosaurs usually had their feathered wings attached to long palm bones as opposed to membranous wings attached to arm bones. Eventually feathered, palm bone-attached wings won out, which gave rise to the modern-day bird.

Ambopteryx also isn’t the first dinosaur of its kind discovered. 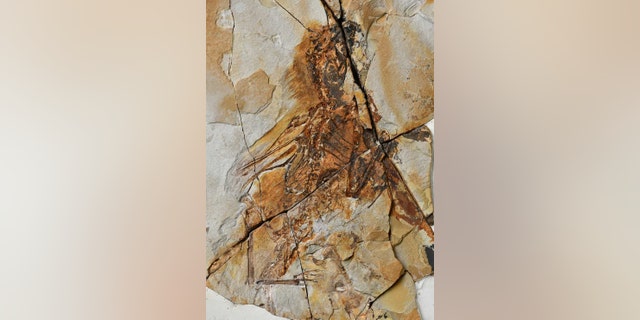 “The first bat-winged dinosaur, Yi qi, was described in 2015,” Dr. Steve Brusatte, of the University of Edinburgh's School of Geosciences and author of "The Rise and Fall of the Dinosaurs: A New History of a Lost World," told Fox News. “It was a hugely unexpected find, and it was very provocative. But it was only a partial skeleton, and there was still some uncertainty about the size and shape of its skin flap, and whether it could be used as an airfoil.”

The discovery of Yi qi by a farmer in 2007 was “very provocative” because paleontologists were unable to agree on whether or not the strange fossil (located only 50 miles from where Ambopteryx was found) actually had wings.

It was widely acknowledged that dinosaurs developed feathers and evolved into birds, but until the discovery of Yi qi, there was no evidence of membranous–wings in theropod (typically bipedal and carnivorous) dinosaurs. Now, with the discovery of Ambopteryx, the debate can be settled. 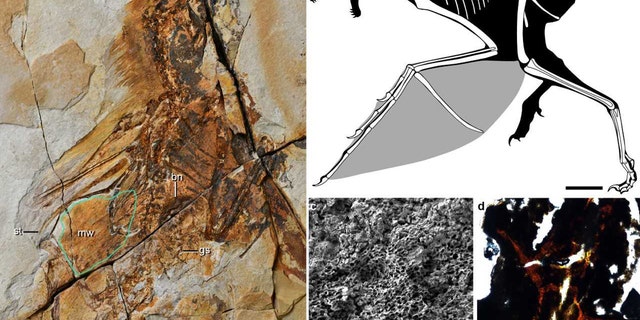 “[This find] clinches it– there really were bat-winged dinosaurs that evolved flight separately from birds,” Brusatte said. “For me, the new discovery closes the book on these questions, [and] we can now be certain that there was an entire subgroup of small, bat-winged dinosaurs."

Brusatte continued: "Because the bat-wing configuration is so different from the feathered wings of birds, they must have evolved independently of each other, so that means there were different groups of dinosaurs evolving flight in different ways using different types of wings.”

The new study can be found in the journal Nature.