Bees can count up to five and learn faster when they’re punished for getting things wrong, study reveals

Honey bees are able to do simple math but are much quicker to calculate the correct answer if they are punished when they get the answer wrong, finds scientists.

With only four brain cells, a measly 0.01 percent of the grey matter humans have, bees might not seem like the ideal mathematicians.

But faced with a Y shaped maze puzzle, with one side offering the sweet reward of sugar water and the other a punishing bitter quinine drink, bees can be trained to distinguish different values, counting up to five. 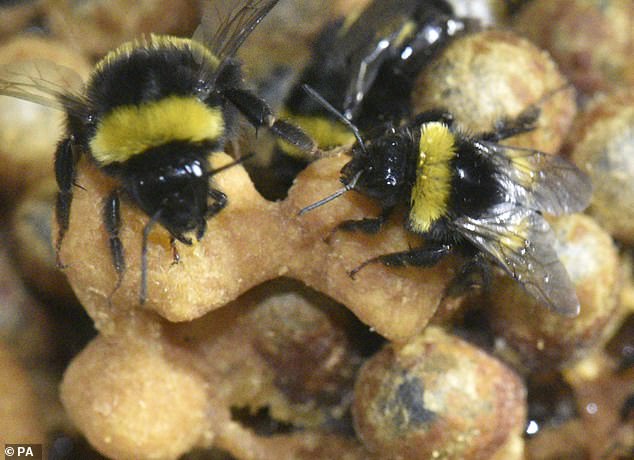 Around 20 bees were put through their paces in the study, published yesterday in The Journal of Experimental Biology

Scientists previously thought the insects were among the collection of animals who are able to count objects in groups of four but not past that – counting past five is a marker that differentiates animals with higher cognitive ability.

Now researchers from the University of Toulouse in France and RMIT University in Australia have discovered that bees have more of an understanding of basic arithmetic than believed, and understand the concept of Zero.

Historians believe the absolute of zero was not even understood  by humans until the 1600s.

Around 20 bees were put through their paces in the study, published yesterday in The Journal of Experimental Biology. 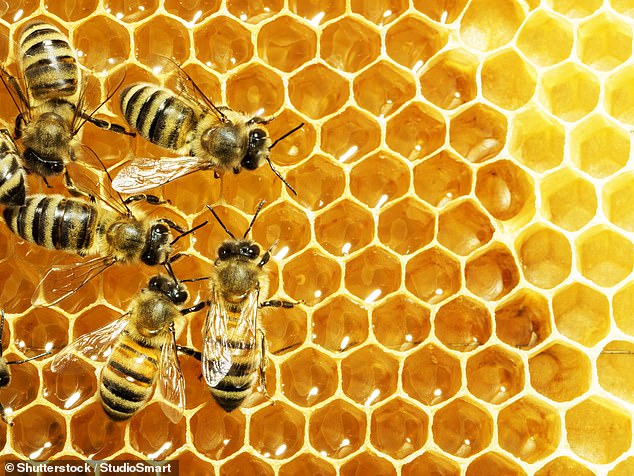 A half of the bees were also given a bitter sip of quinine in punishment when they didn’t choose the card with four shapes.

When challenged further with subtle comparisons, making them choose between the ‘correct’ card with four shapes and other cards with seven, six, or even five shapes the two groups of bees fared differently.

Those ten bees who had been punished with the bitter drink as well as rewarded were able to differentiate the cards and chose the card with four.

Bees who had only been rewarded did not consistently pick the card with four shapes.

Leader of the study Dr Scarlett Howard, who moved to France each April so she could continue her experiment during the Australian winter, said: ‘The honey bees were very cooperative, especially when I was providing sugar rewards.’

Adding: ‘Recently, honeybees were shown to learn the rules of ‘less than’ and ‘greater than’ and apply these rules to evaluate numbers from zero to six.’

Speaking to The Times the scientist explained that when reprimanded the bees ‘slow down and seem ‘like they pay more attention’.

WHAT IS THE HONEYBEE CRISIS?

Honeybees, both domestic and wild, are responsible for around 80 per cent of worldwide pollination, according to Greenpeace.

But bee colony collapses across the globe are threatening their vital work.

Bees are dying from a combination of pesticides, habitat destruction, drought, nutrition deficit, global warming and air pollution among other factors.

The global bee crisis can potentially be solved if dangerous pesticides are eliminated, wild habitats are preserved and ecological agriculture is restored, according to Greenpeace (file photo)

Greenpeace has reported: ‘The bottom line is that we know humans are largely responsible for the two most prominent causes: Pesticides and habitat loss.’

This is important for a number of reasons, chief among them the amount of work bees put into our food production.

Greenpeace has suggested the following solutions to the problem: