Bible scholars claim to found the site where Moses smashed the Golden Calf idol from the story of the Exodus.

Doubting Thomas Research Foundation (DTRF) experts have presented evidence which suggests the location of the legendary site from the Bible.

It comes as part of their ongoing probe into the possible location of Mount Sinai – which they believe is actually the mountain of Jabal al-Lawz in Saudi Arabia.

The site is an 8,460-foot peak known as the "mountain of almonds", located near the border with Jordan.

Moses leads the Israelites to Mount Sinai after they flee slavery in Egypt – and they found the peak enveloped by fire, smoke and thunder, according to the Book of Exodus in the Bible.

The prophet then ascends the mountain where he convenes with God to receive the Ten Commandments – before returning to the camp and smashing a Golden Calf idol that had been forged by the tribe.

DTRF experts have claimed that they have found a section of the potential site which matches up the story of the idol worshipped by the Israelites. Ryan Mauro and the DTRF claim they have found evidence of a “high stand” upon which the Golden Calf may have been displayed and worshiped.

They allege a rectangular rock on a raised platform near the site appears to have been “purposeful and perhaps assembled by men”.

It appears to match descriptions of sacrificial alters from the time period – positioned at an angle to allow “blood to drain off the side”.

The area is also sealed off by fences erected by the Saudi Arabian authorities designed to protect a site of historical significance. The Golden Calf is claimed in the Bible to have been made by the Israelis when Moses ascended Mount Sinai to talk to God.

It is known as the “Sin of the Calf” as they created an idol which they worshipped in place of God – offering up sacrifices and offerings to the Golden Calf.

Moses’s brother Aaron was pressured into building the idol – gathering up all their gold to melt down and create the calf.

The prophet then returned from the mountain and became infuriated – smashing the Ten Commandments tablets into pieces.

The enraged Moses then burned the calf, ground it into powder, scattered it in water and forced the Israelites to drink. Mauro and the team also found numerous etchings of bulls at the site around the suspected alter.

They wrote: “What is arguably significant about this site is its size, remote location, and the nearly singular focus on the bull.

“The structure is high and visually impressive.

“There's clearly an intense devotion at the site to bulls. However, the petroglyphs are limited to this remote site.” It is claimed these bull engravings also have horns styled to those of the Egyptian bull god Apis.

The team argue this suggests the influence of Ancient Egypt on whoever was living at the site.

There are around a dozen groupings of bull glyphs around the alleged Golden Calf site.

Mauro can be seen photographed with one of the groupings – which appears to show a person worshipping one of the bulls.

The DTRF team however confess there is currently no evidence of gold currently found at the site. Mauro’s group however note there is a strong local tradition of gold being buried at the site.

They write: “There is no definitive proof of gold at this time, but the necessary equipment for detection hasn't been brought to the site since the 1980s.”

And they add: “Local Saudi tradition is that gold is buried under the Golden Calf worship site, and closer to the foot of the mountain.

“There is a deep hole with a ladder in it at the bottom of the mountain where local Saudis claim that government personnel retrieved buried gold.

“The tradition is so strong that locals say that the police patrolling the area suspect visitors of being gold and treasure hunters.” 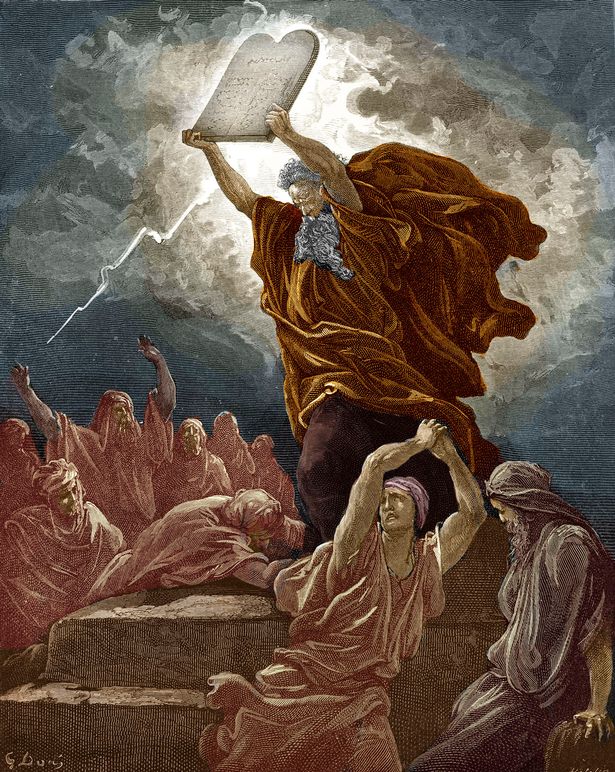 They lay out their findings in a 25-minute film on YouTube, which has been viewed 2.2million times – titled Finding the Mountain of Moses.

Other evidence includes suggestions of “proto-Hebrew” glyphs at the site .

And these may include the earliest known inscription of a Menorah.

It is claimed that God revealed the design of the Menorah to Moses and the seven stemmed candle was developed during the Exodus. It is also claimed there is a “massive ancient graveyard” near the mountain, where the calf worshippers would have been buried after they were executed in the Bible.

Ruined ancient structures on the site have also been claimed to be evidence of the Israelites time at the foot of Sinai, including what may have been the “12 pillars” described in the Bible.

Fences have been set up around the mountain by the Saudi authorities marking it as an archaeological site, but their own experts dismissed claims Jabal al-Lawz is Mount Sinai.

DTRF experts set up The Sinai In Arabia project to rally the Saudi authorities to preserve the sites for further investigation. 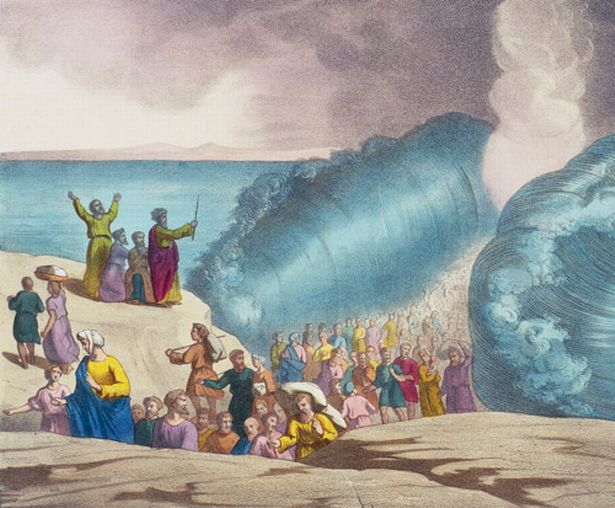 Historians, archaeologists and Egyptologists have the consensus that the Exodus event did not happen as described in the Bible.

There has never been any proof that the Israelites were enslaved in Ancient Egypt — and it is questioned if the figure of Moses ever existed.

Jabal al Lawz has previously been suggested as a candidate for the original Mount Sinai, and this claim been criticised by other historians.

Professor James Karl Hoffmeier described “monumental blunders” as leading to the conclusion of the mountain being the one mentioned in the Bible.

He said: ”There is no credible historical, geographical, archaeological or Biblical evidence for the thesis that Mt. Sinai is at Jebel al-Lawz in Saudi Arabia.”