The Ancient Galilee Boat, also known as the Jesus Boat, is an ancient fishing boat that dates back to the first century and was found in 1986 during a drought of the lake by brothers Moshe and Yuval Lufan, fishermen from western shores of Israel. After announcing their find, the vessel sent Christians into a frenzy, citing the Bible’s “Calming of the Storm” story, as told by Matthew, Mark and Luke in the Gospels. According to their recollections, one evening Jesus and his disciples were crossing the Sea of Galilee in a boat, when a furious storm arose, swamping the boat.

Jesus is said to have been asleep until he was woken by his disciples and immediately instructed the water “Peace! Be still” to which the wind eased and the waves calmed.

It was revealed during Amazon Prime’s “Decoding the Ancient” how the boat still amazes religious followers.

The narrator explained in 2004: “There is a boat that can be examined and it was discovered in 1986, on the shores of the lake.

“Tests show that the ancient fishing boat dates to 2,000 years ago, the time of Jesus. 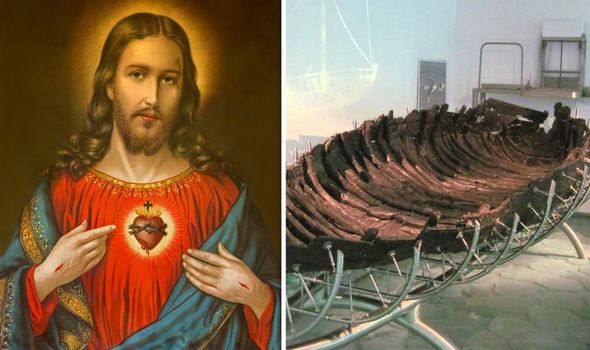 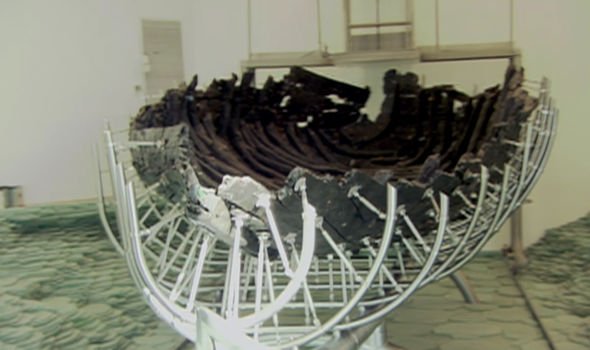 We knew we were working with something very special

“Pilgrims travel from around the world to see this astonishing discovery, which has come to be known as the Jesus Boat.”

Dr Kurt Raveh, an archaeologist from Israel’s Antiquities Authority, explained how the boat was found to date back more than 2,000 years.

He detailed: “From the beginning, we knew we were working with something very special.

“It dates to the time of Jesus.

“You can’t ever prove that Jesus was on it or even saw it, there were about 600 of these boats working on this lake at one time. 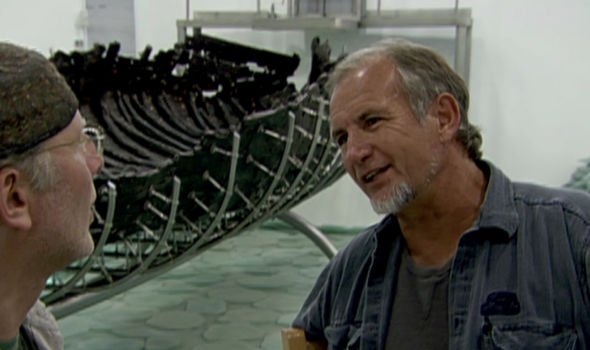 “But, it is enough, it’s from that time, from that place and it’s the only one [that survived] and this is how they looked.”

However, the narrator pointed out an issue with the claims Jesus rode in the boat.

He added: “Archaeologists agree that this was the largest class of boat to sail the tiny Galilee.

“But a ride in a replica makes the holes in the story obvious. 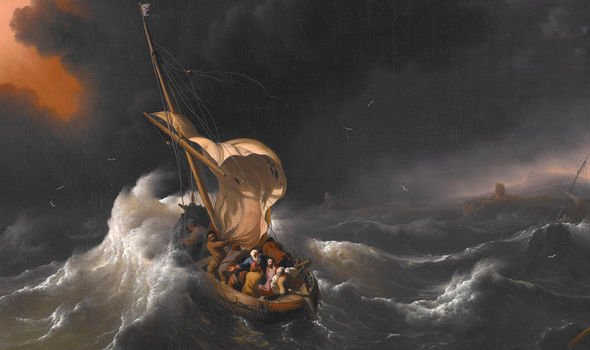 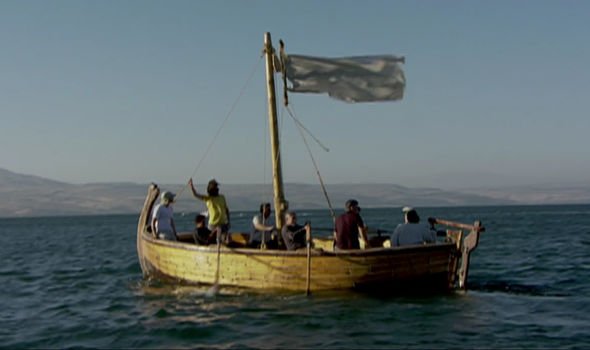 “If the voyage took place here, Jesus, all of his disciples, and even a crew would’ve squeezed onto this relatively small boat.

“And the Gospels are unequivocal: ‘There was a great tempest, waves crashed over the ship and Jesus slept through the storm.’”

Dr Raveh then provided some more damning evidence against the claims.

He continued: “You could sleep in it, but not during a storm.

“The waves would be coming over it and they would swamp the boat.

“You could be sleeping on nets but you would be thrown around by the waves.

“It’s the worst place in the boat to be, it would jump left to right, up and down, ropes are flying and the sailors are panicking, shouting.”