On Tuesday, in scenes described as “apocalyptic,” an explosion ripped through Beirut, Lebanon. Terrifying video footage showed the catastrophic scene unfolding as black smoke plunged the disaster-struck city into darkness. At least 154 people have lost their lives with another 5,000 believed to be injured as international rescue teams continue to desperately search through the rubble of the port.

The event was of biblical proportions, and followers of the religious text say it only moves the world closer to the Second Coming.

In the final text of the Bible, Revelation 6 tells of a scroll in God’s right hand that is secured with seven seals, which, when opened, summons four beings that ride out on white, black, red and pale horses to bring about death, war, famine and plague.

It states: “They were given power over a fourth of the earth to kill by sword, famine and plague, and by the wild beasts of the earth.”

Bible scholar Fred Dattolo published an article in ‘The Trumpet’ in 2005 where he claimed: “the galloping hoofbeats of the four horses are getting ever louder and closer.” 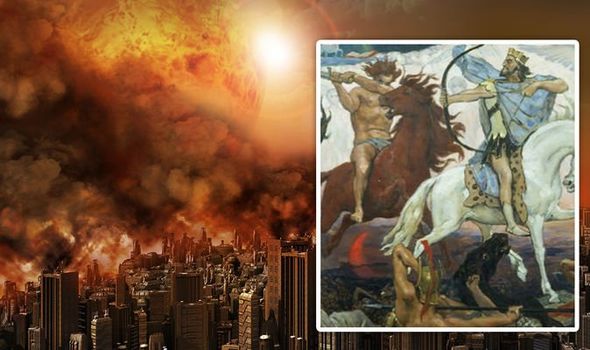 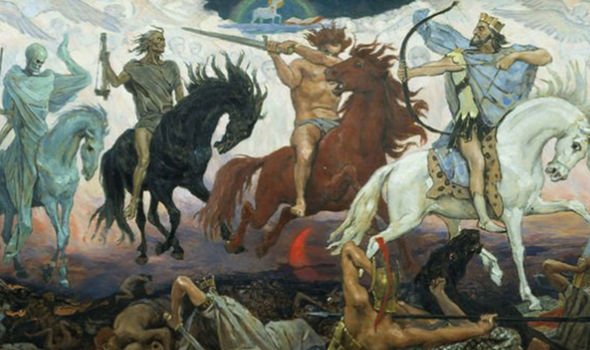 He added: “The four horsemen are depicted in the Book of Revelation Chapter 6 as the first four of seven seals.

“These seals are benchmarks of end-time events leading up to and including the return of Jesus Christ.

“John witnessed these vivid events in a vision sent by God the Father to Jesus Christ, who gave it to an angel to reveal to John – Revelation 1:1.

“Then John, as he was instructed, recorded what he saw in brilliant prophetic imagery.”

With the coronavirus pandemic currently causing global panic, Mr Dattolo’s claims came back into the spotlight, with some bizarrely stating it proves COVID-19 was one of the signs of the End Times. 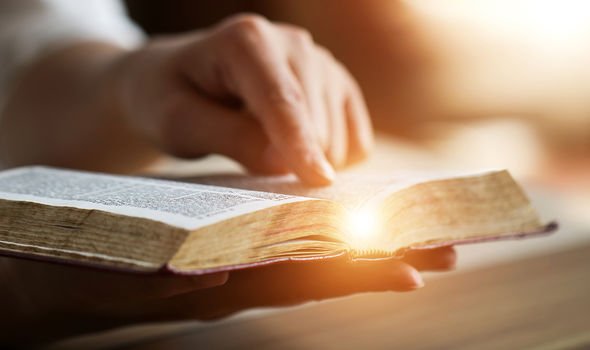 One Twitter user said: “The Four Horsemen of Apocalypse representing war, famine, pestilence and death as depicted in the Bible on Revelation 6:2-8 are most likely causing this coronavirus worldwide.

“We don’t see them but we can feel their wrath everywhere.”

Another added: “What if the coronavirus pandemic is one of the Four Horsemen?

“This virus is the pale horse and Horseman.”

And a third outright claimed: “The Four Horsemen of the Bible are currently active.” 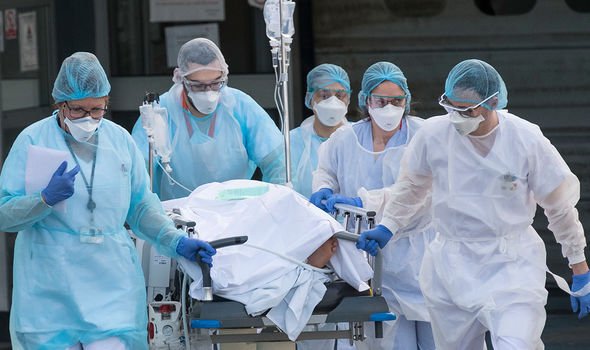 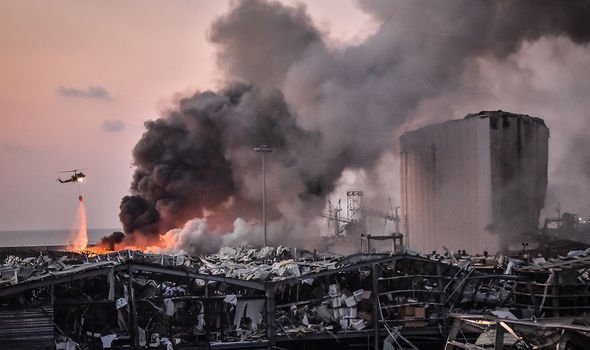 According to the Book of Revelation, after such an event there are still three more seals to be broken before the Second Coming.

The fifth seal is broken revealing the souls of those who had been slain for the “Word of God”.

But the description of the sixth seal reads: “And I beheld when he had opened the sixth seal, and, lo, there was a great earthquake, and the Sun became black as sackcloth of hair, and the Moon became as blood.”

Following the devastating event in Lebanon, one user took to Twitter to claim events seen in 2020 so far fit the description of the book.

It reads: “We are in the Book of Revelation.

According to the text, the seventh and final seal is broken leaving heaven silent for about half an hour before the seven trumpets are sounded to cue apocalyptic events.