The central figure to Christianity is believed to be the incarnation of God and the awaited Messiah prophesied in the Old Testament of the Bible. According to the Church, Jesus was born in 4AD and was crucified under the order of Pontius Pilate, the Roman prefect, sometime between 30AD and 33AD, before rising again through resurrection three days later, but a discovery made in 2000 may suggest there was inspiration behind this Bible story. The Gabriel Stone, found near the Dead Sea, was a tablet with 87 lines of Hebrew text and contained several prophecies written in first-person, including an apparent resurrection.

It dates back as far as the first century BC and biblical investigator Simcha Jacobovici travelled to its origin to find out more during Amazon Prime’s “Decoding the Ancients” series.

The narrator said in 2004: “Simcha has now unravelled many of the stone’s secrets like the writing style, the archaeology and the way the stone appeared on the antiquities market all point Perea as its place of origin.

“Simcha has also discovered that a rebel named Simon came from this area and that his followers thought he was a Messiah.

“Israel Knohl believes that he has found strong textual evidence suggesting that Simon’s followers were the first to claim their leader rose from the dead. 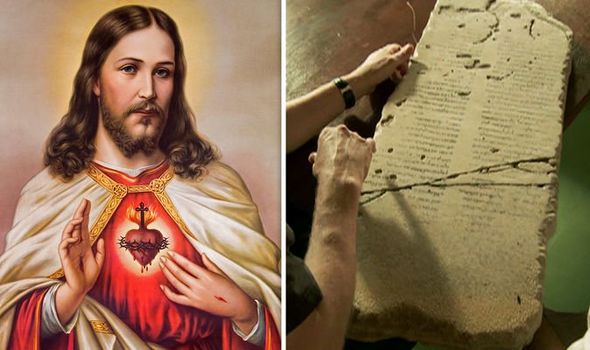 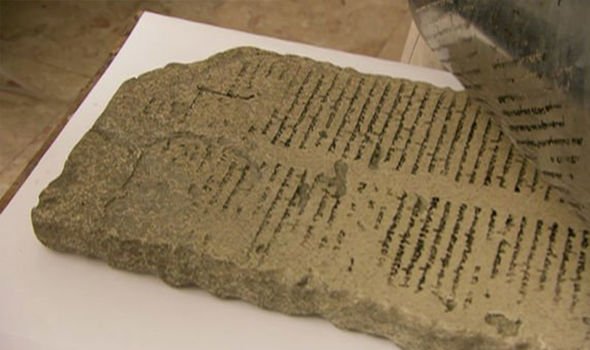 Simon’s followers were the first to claim their leader rose from the dead.

“The argument centres on a word mentioned on the stone that is meaningless to anyone except a biblical scholar.

“The word is ‘domin’ which means ‘dung,’ but Knohl points out that biblical references to ‘domin’ means ‘rotting flesh.'”

Simon of Perea was a former slave of Herod the Great who rebelled and was killed by the Romans between 4BC and 14AD.

Biblical scholar Israel Knohi believes that he is the man prophesied on the Gabriel Stone.

He said during the series: “So it’s ‘Prince of Princes, who decomposed in a gorge’ because  those who have killed him did not let his body to be buried.” 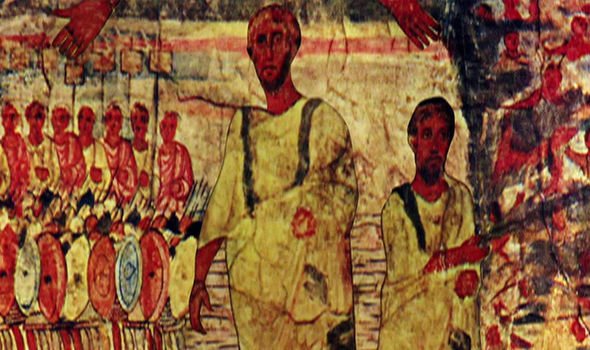 The narrator added: “Around the time of Jesus, the story on the stone seems to fit Simon and no one else.

“At first Simon was successful, he defeated a Roman garrison and crowned himself Messiah, but the Romans went after him with a vengeance and chased him into a Perean gully.

“After a bloody battle, they decapitated him and to further demoralise his followers, they didn’t allow him to be buried, this is the story Knohl believes he has decoded.”

Dr Knohl and Mr Jacobovici headed to where they believe Simon of Perea died.

Mr Jacobovici said: “This makes sense, I can just see a battle right here, a few people could hold off a lot of people, but they can get surrounded.

“The leader wants to get a better position and runs up to a place like this, but he’s chased. 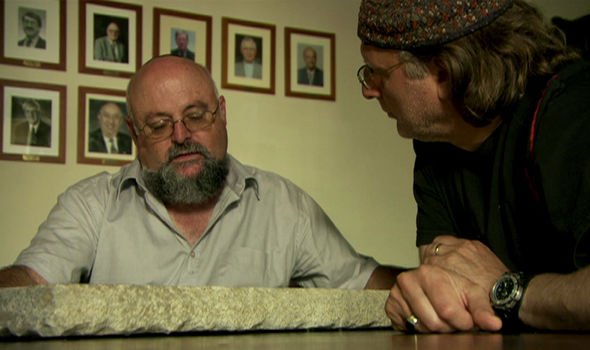 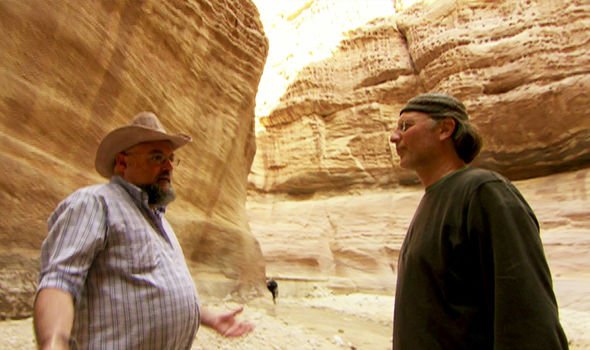 “They decapitate him and he falls and dies like this, leaving bodies all over the place.

“But it’s very easy to guard, and the dead body turns to domin.”

Mr Knohi translated line 80 of the inscription as “in three days, live, I Gabriel command you,” an instruction to Simon of Perea to resurrect in three days, just as Jesus supposedly did.

The reference to Gabriel is of obvious interest to biblical scholars as he is the angel mentioned in both the Hebrew Bible and the Christian Bible.

He said: “So, actually, out of the gravest crisis, a new idea comes, the idea that the death of the Messiah was an essential part of the process of salvation.

“So the next generation, the idea was picked up by Jesus for his messianic activity.”

However, other scholars reconstructed the faint writing on the stone as a different word entirely, rejecting Mr Knohl’s reading.

In 2011, Mr Knohl accepted that “sign” is a more probable reading than “live”, although he maintains that “live” is a possible reading.

However, the meaning of the phrase in the currently accepted reading is still unclear.

Mr Knohl still maintains the historical background of the inscription to be as mentioned above.

He now views Simon’s death, according to the inscription, as “an essential part of the redemptive process”.