The Wilkinson Microwave Anisotropy Probe (WMAP), originally known as the Microwave Anisotropy Probe (MAP), was a spacecraft which measured temperature differences across the sky in the cosmic microwave background (CMB) – the radiant heat remaining from the Big Bang. WMAP’s measurements played a key role in establishing the current Standard Model of Cosmology, the Lambda-CDM model, supporting the idea that the universe is dominated by dark energy. It also helped determine the age of the universe to an incredible one percent accuracy, meaning scientists could map out the cosmos to its early days, almost 14 billion years ago.

Amazon Prime’s “The Mystery of Dark Matter” explained how this was achieved.

The presenter said in 2013: “The universe was an extremely hot magma and so condensed that it formed a milky fog in which light particles were unable to propagate.

“But after 380,000 years, it expanded and cooled sufficiently for light particles to be able to move around.

“Then a gigantic flash of light spread through space, beginning a long journey. 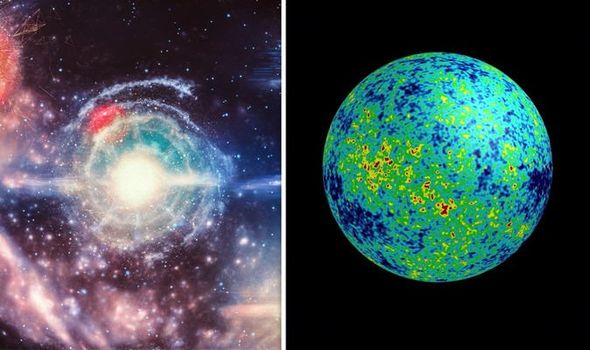 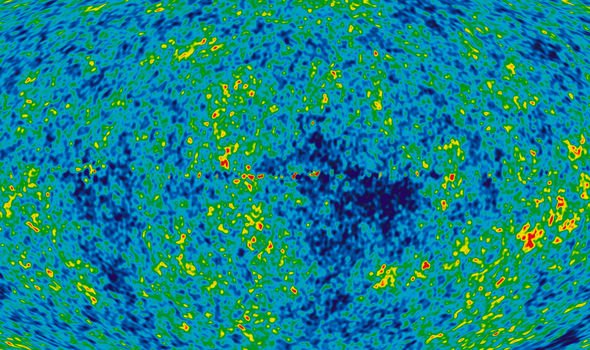 “On June 30, 2001, WMAP Probe was launched into orbit 1.5 million kilometres from the Earth in order to analyse relic radiation.

“Its aim was to capture the instant when light came into being and to map out the nascent universe.”

David Spergel, an astrophysicist who was part of the team that originated the WMAP mission and designed the spacecraft, explained how he pieced together the universe’s history.

He said: “What’s wonderful about studying the microwave background is you’re looking back in time, back 13.7 billion years to a tie when the universe was very simple.

“So I like to think of it as taking the universe’s baby picture. 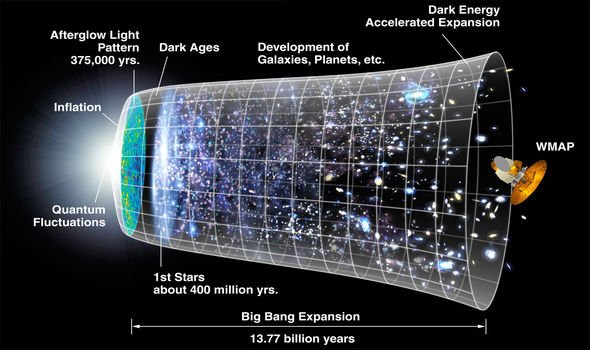 “And my job is to look at the baby picture and try to figure out from the picture where the baby came from, and what will it grow up into.

“I have to put together a story of how the universe formed and evolved.”

The series then revealed a photo of what the universe would have looked like in its early days.

The narrator explained: “Here is the first picture of this baby universe, a mere 380,000 years after the Big Bang. 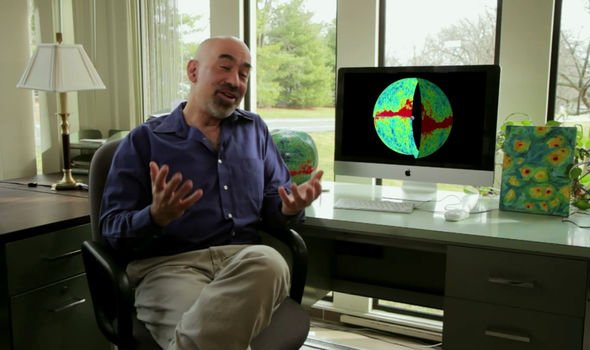 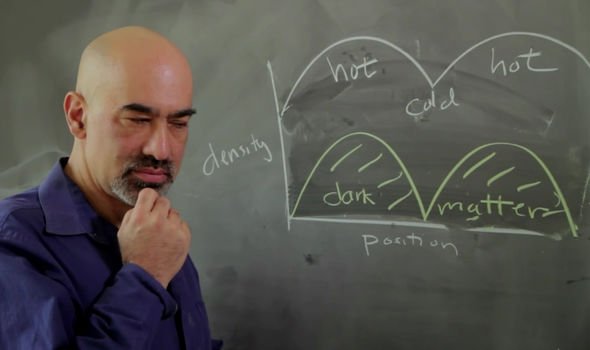 “These minuscule differences in temperature are vital clues in understanding the future structure of the universe.”

Dr Spergel pointed out the importance of dark matter for the formation of life.

He added: “The pattern we see in the sky, the microwave sky, are tiny variations in temperature, due to variations in density of the universe.

“So at this point here might be a few hundred thousandths of a degree colder than this hot spot over here.

“These tiny variations were basically produced by dark matter, its gravity attracted the radiation and the atoms.

“We wouldn’t see the pattern at all on small scales if it wasn’t for the dark matter.

“Without dark matter, the 13.7 billion years since the Big Bang is not enough time to form the structure we see, it’s an essential ingredient for providing the seeds around which gravity makes galaxies grow.”