Gene-editing technology such a CRISPR aims to eradicate human disease by hacking our DNA’s genetic code. For almost every known animal, any tweaks made to DNA are transmitted from the cell nucleus by messenger RNA to the cytoplasm, the area of the cell responsible for proteins.

But squids alone are remarkably able to edit their genetic code with potential ramifications for gene editing-based drugs and treatments.

It works by this massive tweaking of its nervous system

Dr Rosenthal said: “It works by this massive tweaking of its nervous system.

“Which is a really novel way of going through life.”

Read More: Coronavirus pandemic: When was the last pandemic? 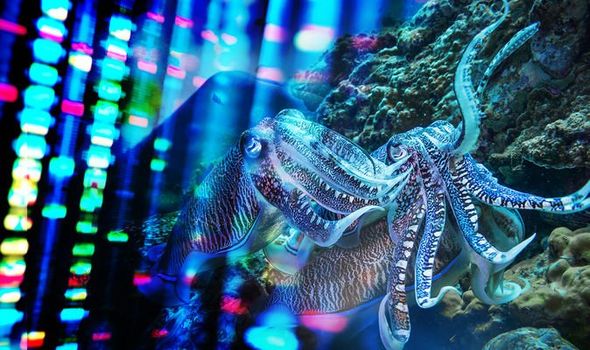 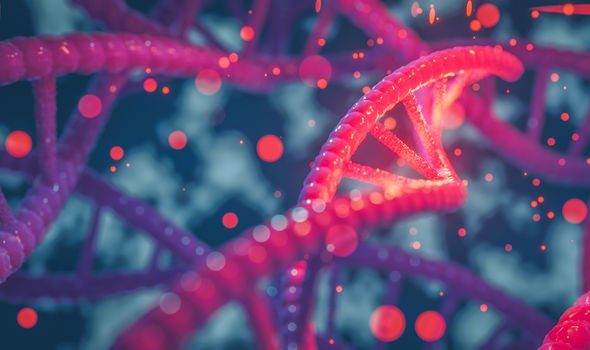 These include sporadic form of amyotrophic lateral sclerosis, known as ALS or Lou Gehrig’s Disease.

RNA editing also plays a role in immunity, and some studies in fruit flies suggesting it may help them adapt to changing temperatures.

However, the humble squid does this RNA editing on a prodigious scale. 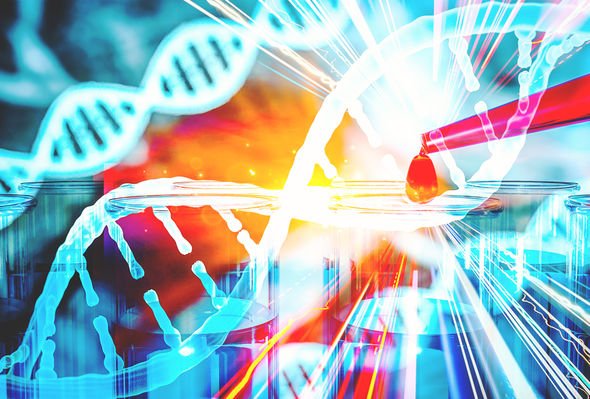 More than 60,000 brain cells undertake this recoding process in squid, compared with only a few hundred sites in humans.

The researchers from Tel Aviv University and the University of Colorado at Denver discovered RNA editing takes place in the squid’s axon.

This is the stretched-out region of the brain cell responsible for transmitting electrical signals to nearby neurons.

This is an important finding because squid nerve cells are immense, with axons sometimes stretching several feet long.

By editing their RNA outside the nucleus, the squid can potentially evolve protein function much closer to the part of the body requiring an adaptation.

Nos Dr Rosenthal’s team understand the squid has the cellular machinery to do this RNA editing, the next task is to understand why.

The academic suspects this sis related t allowing the squid to easily evolve to changing environmental conditions such as water temperature.

He said: “We want to look at its behaviour if I manipulate the RNA editing.”

That squids do this editing with messenger RNA, rather than DNA, fascinates researchers interested in human gene editing. 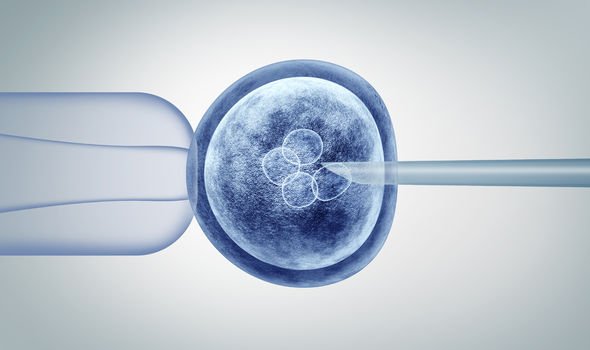 Coding changes made to DNA — the kind medical researchers are developing with CRISPR — are irreversible.

But since unused messenger RNA degrades quickly, any errors introduced by a therapy would be washed out, rather than staying with a person forever.

Dr Rosenthal believes this extraordinary ability to change faulty information in the cell without making permanent changes to the DNA in the nucleus might be a huge benefit for medical researchers.

He said: “If you have some faulty information inside of your genome—say, you inherited a nucleotide base from your parents, and normally it’s a ‘G’ and it’s an ‘A’ in you—then you could potentially change it back by editing the RNA.

“RNA editing is a hell of a lot safer than DNA editing. If you make a mistake, the RNA just turns over and goes away.”