Black holes are regions of spacetime that form when massive stars collapse at the end of their life cycles and can continue to grow by absorbing stars and merging with other black holes. This interaction allows scientists to identify their presence, as electromagnetic radiation is given off as visible light across space. Astronomers have identified numerous stellar black hole candidates in binary systems and established that the radio source known as Sagittarius A*, at the core of the Milky Way galaxy, contains a supermassive black hole of about 4.3 million solar masses.

More recently though, they have turned their attention to black hole known as J2157, which exists more than 12 billion light-years back in the distant universe and dwarfs the black hole at the centre of our galaxy.

According to a study published in the journal ‘Monthly Notices of the Royal Astronomical Society,’ this black hole feasts on a meal the equivalent of the Sun each day.

Astronomers are trying to understand how such massive black holes could evolve during the early days of the universe.

Christopher Onken, who led the study, said: “It’s the biggest black hole that’s been weighed in this early period of the universe. 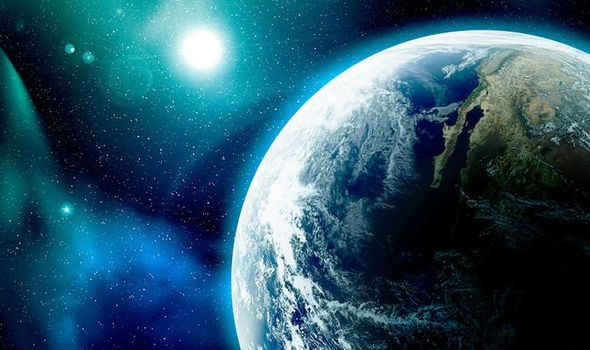 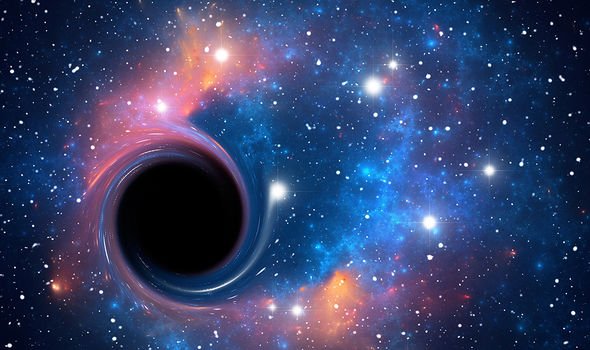 “We’re seeing it at a time when the universe was only 1.2 billion years old, less than 10 percent of its current age.

“The black hole’s mass is about 8,000 times bigger than the black hole in the centre of the Milky Way.

“If the Milky Way’s black hole wanted to grow that fat, it would have to swallow two-thirds of all the stars in our galaxy.”

The researchers continue to search for more massive black holes like this one to understand how they have grown.

Astronomers first discovered the J2157 black hole in 2018 due to its brightness in ultraviolet light. 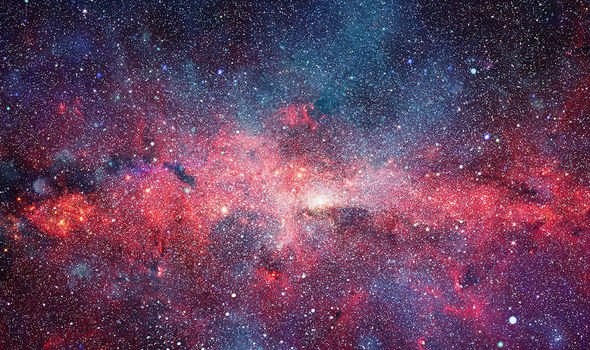 While light cannot escape from black holes, this black hole emits X-rays and ultraviolet light that are created due to its enormous appetite.

Christian Wolf, an author on both the 2018 and new study, added in July: “This black hole is growing so rapidly that it’s shining thousands of times more brightly than an entire galaxy, due to all of the gases it sucks in daily that causes lots of friction and heat.

“If we had this monster sitting at the centre of our Milky Way galaxy, it would appear 10 times brighter than a full Moon.

“It would appear as an incredibly bright pin-point star that would almost wash out all of the stars in the sky.

“It would likely make life on Earth impossible with the huge amounts of X-rays emanating from it.”

The recent study followed up on the black hole by using the European Southern Observatory’s Very Large Telescope in Chile to measure its mass. 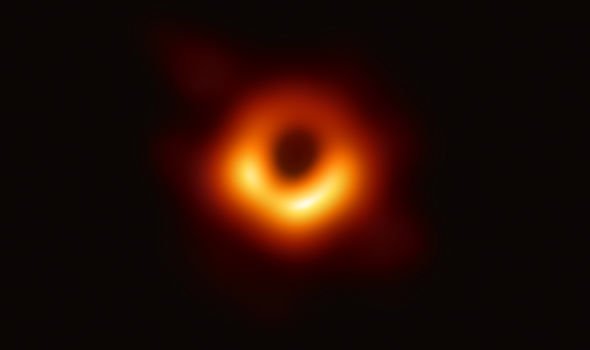 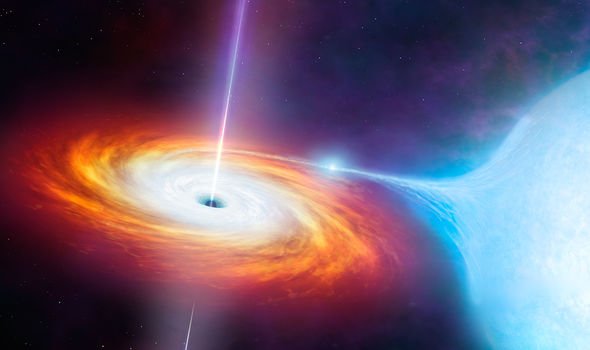 Study co-author Fuyan Bian, said: “We knew we were onto a very massive black hole when we realised its fast growth rate.

“How much black holes can swallow depends on how much mass they already have.

“So, for this one to be devouring matter at such a high rate, we thought it could become a new record holder and now we know.”

Further study and observation of this black hole will also shed light on its host galaxy, which may reveal more information about the early universe and how massive black holes evolved early on.

Dr Onken added: “With such an enormous black hole, we’re also excited to see what we can learn about the galaxy in which it’s growing.

“Is this galaxy one of the behemoths of the early Universe, or did the black hole just swallow up an extraordinary amount of its surroundings?”

“We’ll have to keep digging to figure that out.”