Black holes churning away at the hearts of rotating galaxies tend to wrap themselves in clouds or rings of space gas. These so-called accretion disks demonstrate the monstrous gravitational attraction of black holes. However, up until now, astronomers have only been able to detect the hottest parts of the gassy discs. Further out from the black hole the accretion discs cool down considerably, making them harder to detect from Earth.

But a “decades-long” study of Sagittarius A* – the Milky Way’s very own supermassive black hole – has produced a clear view of cool hydrogen flowing around the black hole.

The groundbreaking discovery was presented by the National Radio Astronomy Observatory (NRAO). 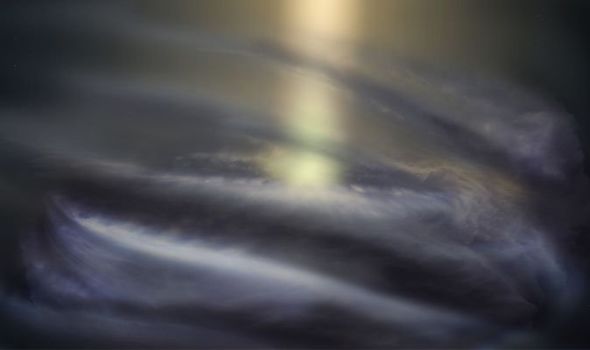 The black hole is surrounded by a superheated and roughly spherical ring of gas, with cooler gas extending up to a few light-years from the black hole.

Researchers estimate the cooler gas burns at only about 10,000 Celsius.

Elena Murchikova, an astronomer who led the study, said: “We were the first to image this elusive disk and study its rotation.

“We are also probing accretion onto the black hole. This is important because this is our closest supermassive black hole.

“Even so, we still have no good understanding of how its accretion works.

This is our closest supermassive black hole

“We hope these new ALMA observations will help the black hole give up some of its secrets.”

Using Alma, the astronomers were able to detect a faint radio signal from Sagittarius A*, producing an image of the cooler accretion disc at distance 1,000 times as far away as the Sun. 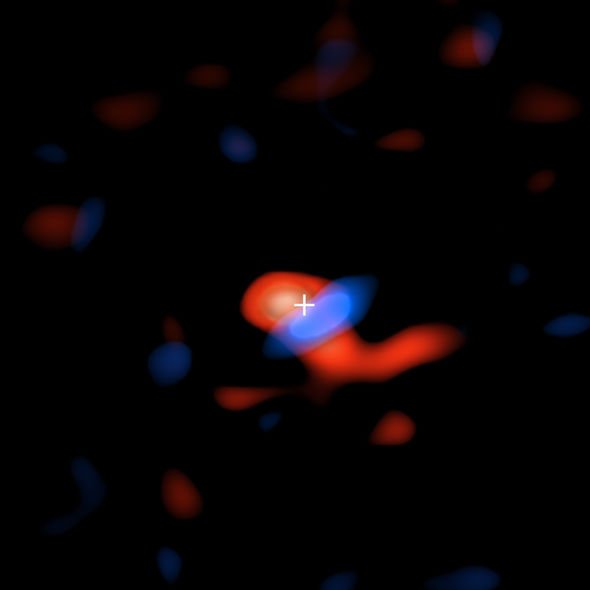 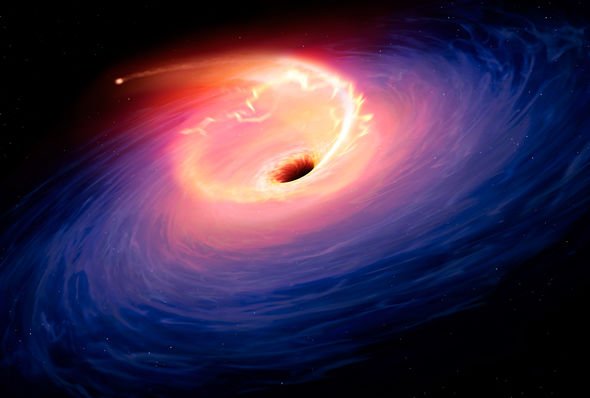 Astronomers were then able to map the position and apparent motion of the gas.

What they discovered is the gas weighs about as much as one-tenth of the mass of Jupiter.

The scientists also found the gas is rotating around the black hole by seeing wavelengths of radio light shift towards the red and blue end of the spectrum.

According to the principles of the Doppler effect, light moving away from us turns red while light moving towards us moves towards blue.

The findings were published in the journal Nature on June 6, 2019.