The bizarre footage begins with a circular orange object floating motionless in the black night sky.

As the cameraman zooms in, it appears there are another two circles inside the object.

The witness can be heard asking “what the hell is that?” during the footage filmed on April 22, near NASA’s space centre in Florida, US.

Just two days after the initial clip was filmed, the alien enthusiast spotted another mystery object in the area.

The clip shows a similar shape – but this time with a flashing green light hovering next to it.

Speaking after the incident, the cameraman said: “Another UFO showed up two days later in the same spot.

“But this one took off fast to the right then it flew over to the right gained altitude dropped down then went back up to possibly exactly the same spot in the sky as the other one.

“Biggest difference with this was it seemed to have three orbs two red ones and one.”

Hundreds of people have seen the clip since it was posted by SuperMouseDV last week. 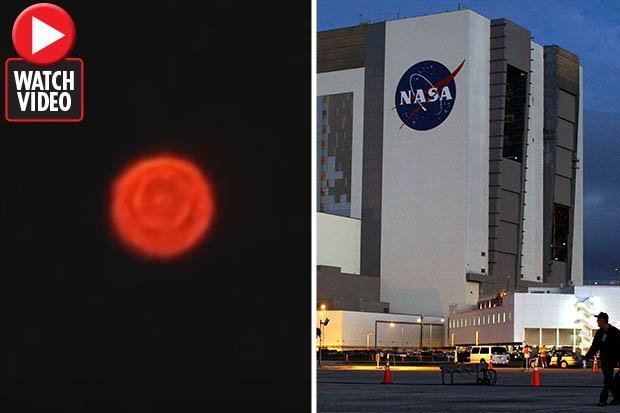 “Those are definitely UFOs,” one user wrote.

But a third had a more reasonable explanation, saying: “That is most definitely a drone.

“One of the lights will blink from green to red when the battery is running low.”