Home » Science » Blue Moon 2019: Will the Full Moon turn BLUE tonight? Why is it called a Blue Moon?

The last Blue Moon of the year will peak tonight (May 18) in the late evening hours when it is still low in the skies. When viewed from London, the Blue Moon will creep over the southeast horizon around 8.19pm BST (7.19pm UTC). The Moon, which also happens to be the May Full Moon, will then peak in brightness around 10.11pm BST (9.11pm UTC). When this happens, the Blue Moon will position itself directly across from the Sun.

Unfortunately for hopeful astronomers, the Blue Moon is not exacted to change colour tonight, or ever for that matter.

The term Blue Moon does not describe the Moon’s colour but rather the unusual rarity of its appearance.

There are two recognised definitions by which astronomy enthusiasts differentiate between Blue Moons.

And in both cases, the term has given birth to the popular saying “Once in a Blue Moon”. 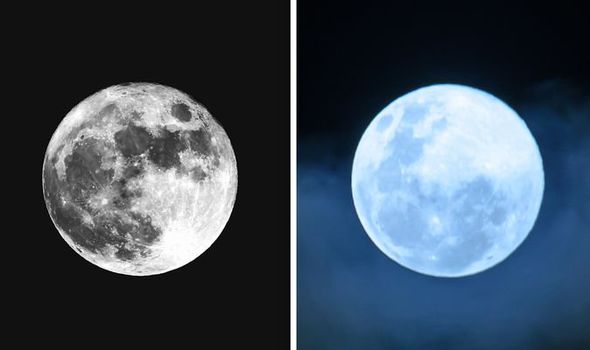 US space agency NASA explained: “As the third Full Moon in a season that has four Full Moons, this will be a Blue Moon by the older definition.

“The Moon will not actually appear blue in colour.

“The first recorded use of the term in English dates from 1528.

“Speculations on the origin of the term include an old English phrase that means ‘Betrayer Moon’ or a reference to rare events, such as when dust in the atmosphere makes the Moon actually appear blue.”

By this definition, the next Blue Moon will not appear until August 2021.

But there is also a second more modern definition of a Blue Moon.

The Moon will not actually appear blue in colour

Since the 1940s, amateur astronomers often refer to a second Full Moon to rise in one calendar month as a Blue Moon.

And the next Blue Moon following this definition will appear in October 2020. 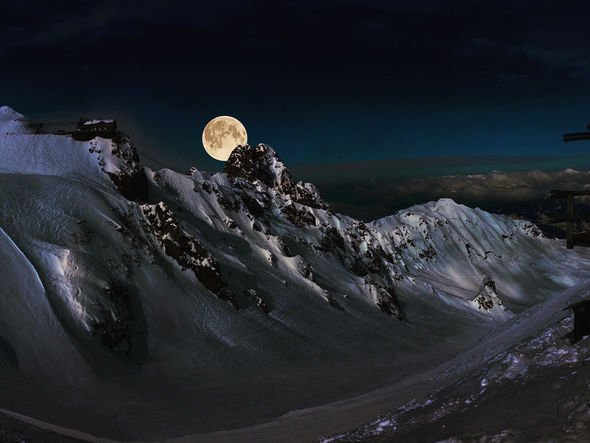 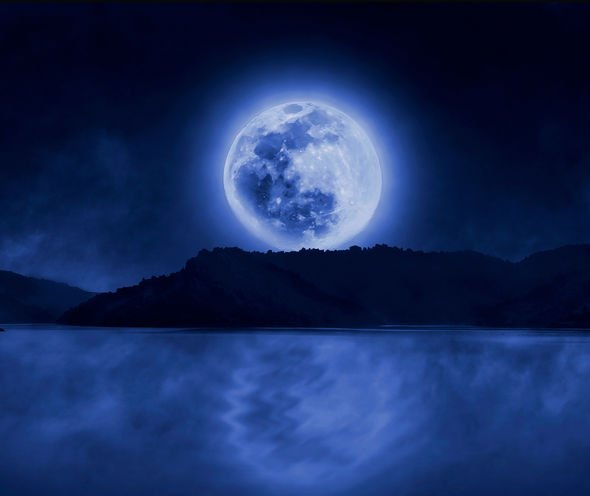 What other names does the Full Moon have?

Tonight’s particular Full Moon is also known as the May Flower Moon thanks to the blooming nature all around us.

“According to this almanac, the Native American tribes of the northeastern United States called this the Flower Moon, as flowers are abundant this time of year in most of these areas.

“Other names include the Corn Planting Moon or the Milk Moon.”