Boris bikes are not good for the environment OR public health! Cycle hire schemes are mainly used by wealthy white men who are already fit, study finds

Cycle hire schemes may have been sold as being positive for the environment and good for our health, but scientists say neither traits are true.

According to new research, these are ‘false solutions’ and the bikes, like those introduced by London Mayor Boris Johnson in 2010, are not living up the promises.

The number of vans used to ferry the bikes between docking stations means that they do not cut carbon dioxide emissions either, the study found.

According to the researchers, the bikes aren’t having a positive on public health, since they are predominantly used by wealthy white men who are already in shape.

Researchers suggest there are around 1,000 cycle hire schemes globally which are likely to be used by a similar demographic. 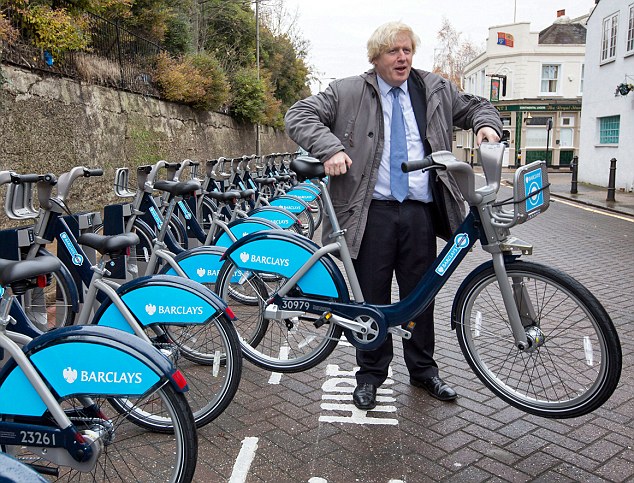 Boris bikes, introduced in 2010 by London Mayor Boris Johnson (pictured), have been sold as being good for the environment and good for our health, but scientists say they are neither

The latest comments were made by Cyrille Médard de Chardon of the University of Hull during the Royal Geographical Society annual international conference, which was held at Cardiff University.

According to the Times, Dr Médard de Chardon said the schemes do not improve health, reduce CO2 emissions, or reduce congestion on the roads.

‘In London’s Chancery Lane for example, bike docking stations frequently become empty and are topped up throughout the day by vans that contribute to pollution,’ the new report found.

‘The total amount of carbon produced from the vans is not offset by the amount saved from use of the bike share scheme.’

Mr Johnson pledged to bring in the scheme at no cost to the taxpayer through a deal with a private company.

However, it is believed the official London cycle-hire scheme now costs taxpayers more than £11 million ($14m) a year.

Most bikes do less than two trips a day, leading Dr Médard de Chardon to question whether it was a good use of public money, which could have instead been used to build wider cycle lanes and secure bicycle parking. 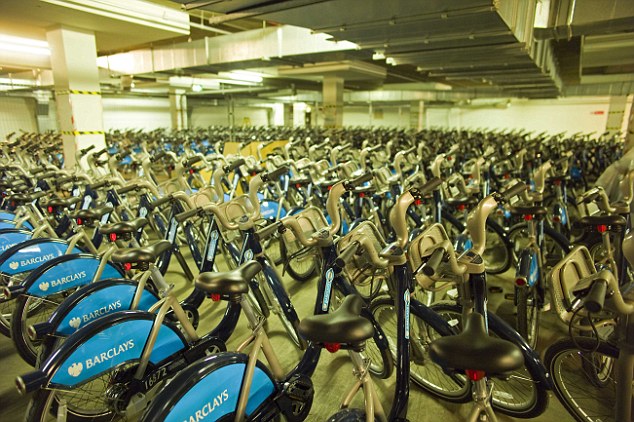 Mr Johnson pledged to bring the scheme in at no cost to the taxpayer through a deal with a private firm. However, it is believed the official London cycle-hire scheme costs taxpayers more than £11 million ($14m) a year

The provision of bikes is greatest in city centres meaning people on the outskirts, who are likely to be on lower incomes and in greater need, do not benefit.

Describing it as a ‘false solution’, Dr Médard de Chardon said it was ‘worrying that we are getting bike share schemes instead of concrete improvements to transport infrastructure.’

However, earlier this year, Britain’s most powerful transport tsar admitted the speedy expansion of cycle ‘superhighways’ has actually slowed traffic for motorists.

Mike Brown, the commissioner for Transport for London, criticised the cycle lane expansion in London as ‘ill judged’ and ‘ill thought through’.

He apologised to motorists who say that the segregated cycle lanes are exasperating traffic problems.

Mr Brown, who is a passionate supporter of cycle lanes, said that they had been hurried through under Mr Johnson during his eight-year tenure as London mayor. 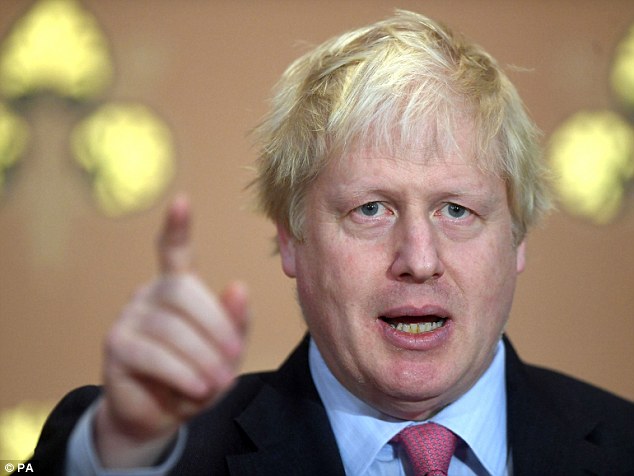 Mr Brown, who is a passionate supporter of cycle lanes, said that they had been hurried through under Mr Johnson (pictured) during his eight-year tenure as London mayor

Cycling groups, council chiefs and safety campaigners say that the lanes reduce congestion and pollution – which causes thousands of premature deaths in Britain every year – and that they make the roads safer.

But the lanes have infuriated some drivers who claim they are stuck in traffic for longer because part of the road has been taken over by bikes.

Now, Mr Brown’s attack on one of Mr Johnson’s flagship policies will likely spark more contentious debate about the further roll out of cycle lanes around the country.

LBC Radio host Nick Ferrari – who claims cycle superhighways have caused the biggest slow down in traffic since the Luftwaffe bombed London in the Second World War – was hosting a debate in London where Mr Brown made his comments.

Mr Brown said: ‘I apologise absolutely for the way cycle lanes were delivered in the last mayor’s administration.

‘I think it was ill-judged, it was too fast and ill thought through in the speed in which it was done, which I’m afraid is the main downside of living in a democracy – people want to do things in their term.’

Unlike Boris bikes, these cycles do not use docks across the city, allowing customers to leave them in any public bike rack at the end of a journey.

Uber CEO Dara Khosrowshahi said: ‘This is potentially a replacement for Uber trips so that we can be bigger than just cars.’

He also said the service could help combat traffic in cities – something that Uber has been criticised for making worse in the past.

The expansion comes after Uber bought Jump in April, the firm’s first acquisition since Khosrowshahi joined as CEO last year.

Customers can take 30-minute trips for $2 a ride.

Prices for Europe have yet to be announced.

To use the service, users select a nearby bike using the map found in the same Uber app used to hail taxis. They are sent a PIN to unlock the bike they choose. 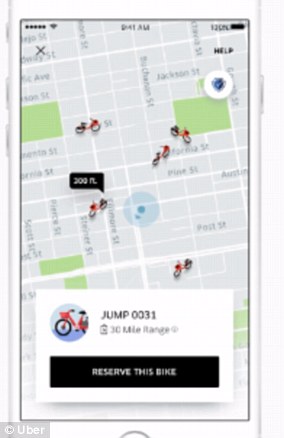 Pictured is the bike rental feature of the Uber app

Users select a nearby bike using the map found in the Uber app.

They are sent a PIN to unlock the bike they choose.

When customers reach their destination they can leave their rented bike at any public bike rack.

A bike zone is labeled on the Uber map, and customers must leave rented bikes inside the outlined area.

If a rented bike is left outside the area, users will incur a fee.

The service will soon be rolled out in Europe.

Customers can take 30-minute trips for $2 a ride in the US. Prices for Europe have yet to be announced.