BP has reported its biggest quarterly profit for 14 years after oil and gas prices soared amid the war in Ukraine. 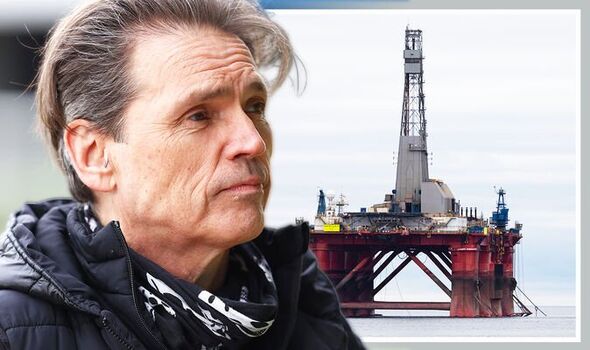 The energy giant saw underlying profits hit £6.9billion between April and June – more than triple the amount it made in the same period last year.

Ecotricity founder Dale, who has backed the Express’s Green Britain Needs You campaign, said: “Half of Britain’s gas comes from our own North Sea but we allow global commodity markets to set the price that we pay for that.

“The price cap for retail energy companies allows a two per cent profit margin – if we took the same approach for North Sea producers we would have vastly cheaper energy for our homes.

“We could take away half of the price rise problems caused by global markets and actually deal with windfall profits in a different way – stop them from happening.”

Typical household energy bills have been forecast to hit more than £3,600 a year this winter. The bumper profits have prompted calls for the government to tax firms further to help families with rising bills.

Victoria Benson, chief executive of single-parent charity Gingerbread, said: “I think there’s something hugely wrong. It seems hugely immoral that these companies can be making such huge profits when we’re hearing everyday from families who can’t afford to feed their children.

“We operate a helpline and we’re getting increasing numbers of calls from people who can’t feed themselves and they’re worrying about how they’re going to feed their children. And this is in the summer.”

Professor Nick Butler, a former vice president of BP, said he thinks the energy giant is “very sensitive to the reputational problems of making money at this level”.

He also said he thinks there is a “real case” for the Government calling together the industry “to find a plan to get us through the winter”.

“Our people have continued to work hard throughout the quarter helping to solve the energy trilemma – secure, affordable and lower carbon energy. We do this by providing the oil and gas the world needs today – while at the same time, investing to accelerate the energy transition.”

The Government is introducing a windfall tax on the profits of energy companies but it has faced criticism for giving strong incentives to allow companies to invest in oil and gas, while there are no tax incentives in the policy for green investment.