Russia shoots another of it's aircraft down by own forces

The news comes as Russian officials have announced the plan concerning Ukraine does not end with the Donbas region, suggesting more conflict is yet to come. Russian Foreign Minister Sergei Lavrov announced Moscow’s future plans yesterday, whilst also ruling out the notion of diplomacy to solve the crisis, labelling Ukraine “unworthy” of talks.

The news of the British spy plane comes from a defence journalist who took to Twitter to explain the increasing presence of British aircraft over the Black Sea.

“The UK has been increasing the frequency of such flights in order to gather intelligence with US aircraft also present.”

The news is nothing new argues the UK Defence Journal (UKDJ), which states Britain has long been gathering intelligence about Russian forces since prior to the invasion of Ukraine at the start of the year. 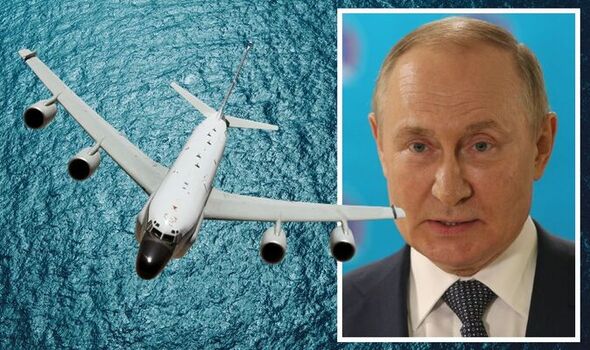 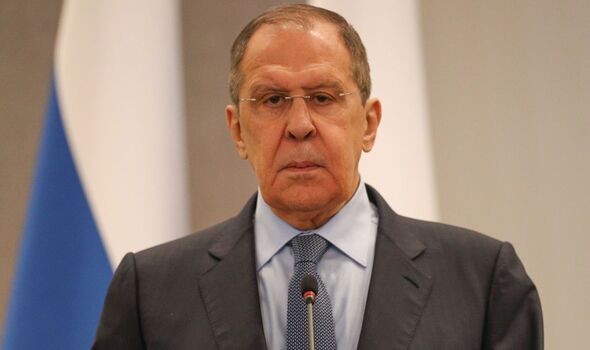 The flights are designed to be open and visible to all parties in order to send a message to Russia that such missions are happening, and involve multi-national partners.

Speaking of the increasing activity, UKDJ says: “British surveillance aircraft being over the area isn’t unusual but we are seeing a significant increase in the frequency of the flights over the last few months for obvious reasons, it’s rare for two British aircraft to be up at the one time as the UK only has three of this aircraft type.” 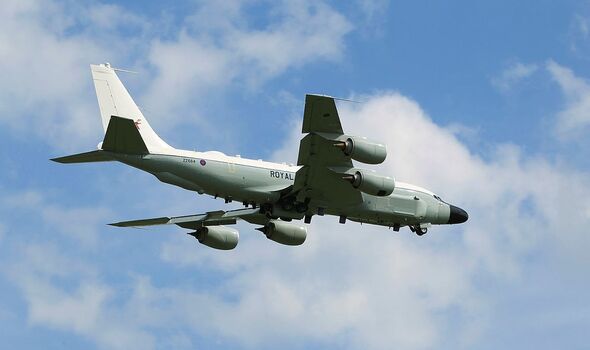 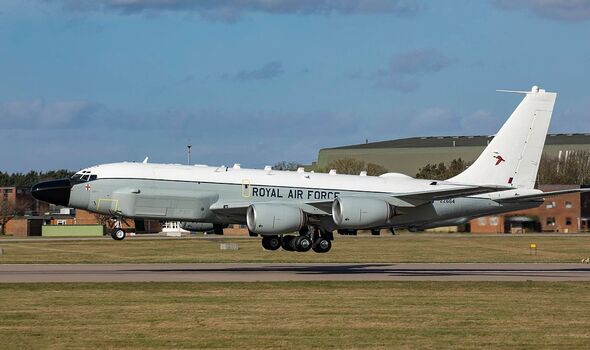 According to the Royal Air Force (RAF) website, the RC-135W Rivet Joint is a dedicated electronic surveillance aircraft that can be employed in all theatres on strategic and tactical missions.

Its sensors ‘soak up’ electronic emissions from communications, radar and other systems.

The RAF say that Rivet Joint has been deployed extensively for Operation Shader and on other operational taskings. 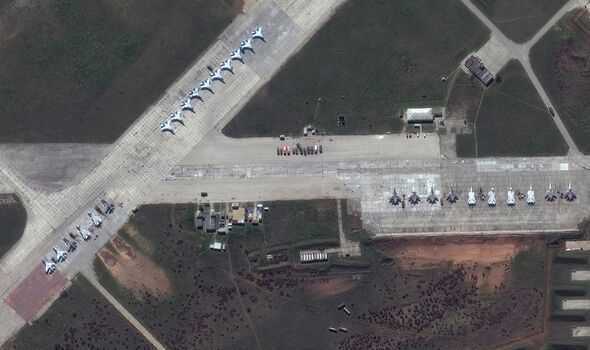 It had been formally named Airseeker but is almost universally known in service as the RC-135W Rivet Joint.

The aircraft can fly at a speed of 540mph and can cover a range of just under 4,000 miles.

The crew consists of two pilots and one navigator, with a mission crew in the rear designed to handle intelligence-gathering tasks.

Built by Boeing, the aircraft has been modified and upgraded by numerous defence giants such as General Dynamics and Lockheed Martin.

The US is the largest operator of the type with multiple squadrons of the aircraft.

Of these, two are based abroad, one in the UK at RAF Mildenhall, and the other in Japan.