The space agency said it has found “new kinds of organic compounds” in the hydrothermal plumes bursting out of Enceladus’ core. NASA said that the organic compounds found on Enceladus, which is one of Saturn’s 62 moons, are amino acids, which are regarded as one of the main ingredients for life. The scientists discovered the organic compounds by analysing data from Cassini, NASA’s historic probe which orbited the ringed-planet for 12 years before the mission ended in 2017.

Experts at the space agency said that the elements ejected from the hydrothermal vents were determined to be nitrogen- and oxygen-bearing compounds.

NASA said in a statement: “On Earth, similar compounds are part of chemical reactions that produce amino acids, the building blocks of life.

It is believed the icy shell surrounding Enceladus has an average thickness of 25 kilometres, but it is as thin as just one kilometre on the south pole of the moon, where the icy plumes were found. 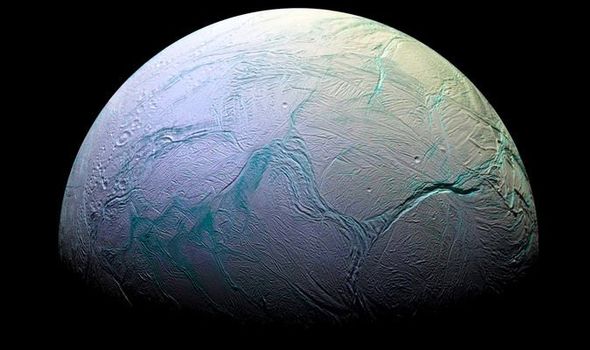 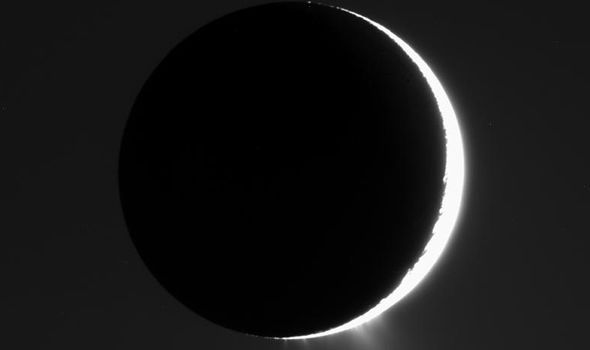 However, scientists have previously stated that the moon’s core and rock interaction could keep the subsurface water warm enough to remain in liquid form.

Nozair Khawaja, who led the research team of the Free University of Berlin, said of the most recent research: “If the conditions are right, these molecules coming from the deep ocean of Enceladus could be on the same reaction pathway as we see here on Earth.

“We don’t yet know if amino acids are needed for life beyond Earth, but finding the molecules that form amino acids is an important piece of the puzzle.” 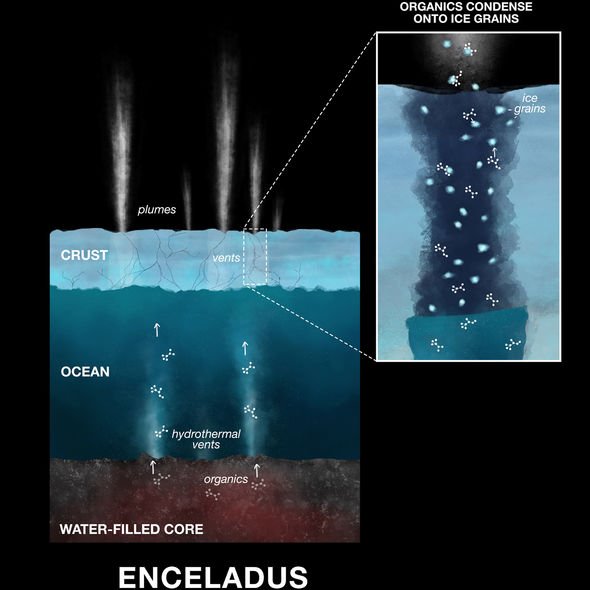 Another co-author, Frank Postberg, said of the study published in the Monthly Notices of the Royal Astronomical Society: “This work shows that Enceladus’ ocean has reactive building blocks in abundance, and it’s another green light in the investigation of the habitability of Enceladus.”

Another of Saturn’s moons, Titan, has previously been touted as a possible home to alien activity.

In 2017, the Cassini spacecraft detected carbon chain anions – one of the main ingredients of life on Earth – on Titan.

Scientists describe them as prebiotic meaning that they could be the foundation for life as with the case on Earth. 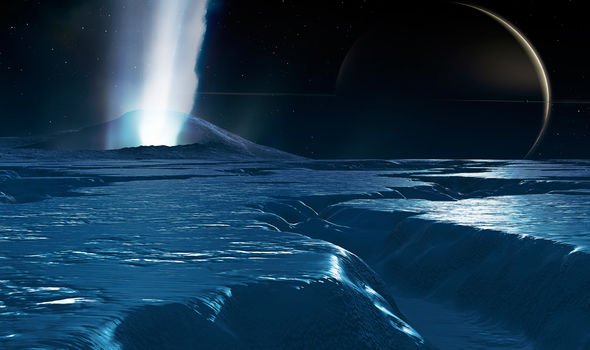 The chemicals were found in the moon’s atmosphere which has redefined scientists understanding of Titan.

Ravi Desai, study lead author and PhD student at University College London (UCL), said at the time: “We have made the first unambiguous identification of carbon chain anions in a planet-like atmosphere, which we believe are a vital stepping-stone in the production line of growing bigger, and more complex organic molecules, such as the moon’s large haze particles.

“This is a known process in the interstellar medium – the large molecular clouds from which stars themselves form – but now we’ve seen it in a completely different environment, meaning it could represent a universal process for producing complex organic molecules.”