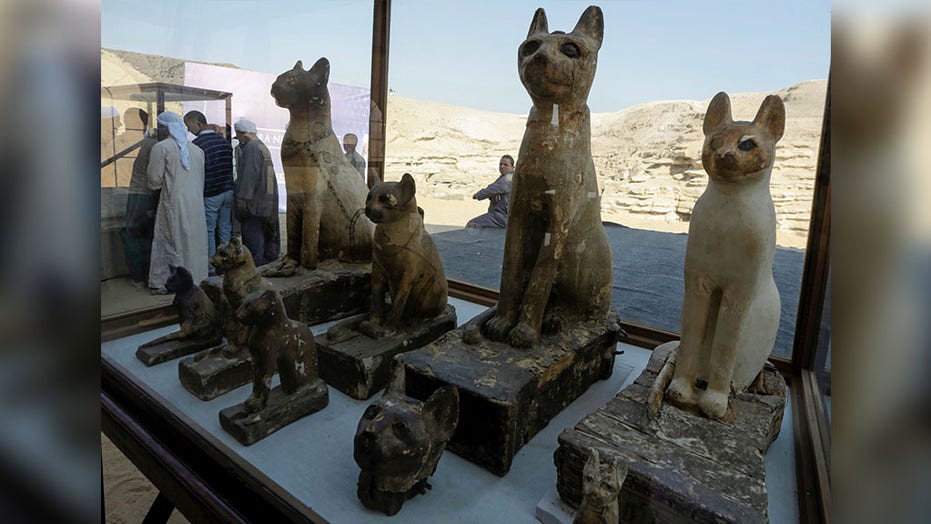 A cache of recently discovered mummified cats, cobras, crocodiles, and birds was put on display in Egypt on Saturday as more details were revealed.

Archaeologists discovered the trove last year near the Step Pyramid of Djoser in Saqqara, south of the capital – near where other similar artifacts have been found in vast necropolis.

“We are finding here hundreds of objects,” said Antiquities Minister Khaled el-Anany. “All of them are very interesting from the Egyptological point of view to know better this area.” 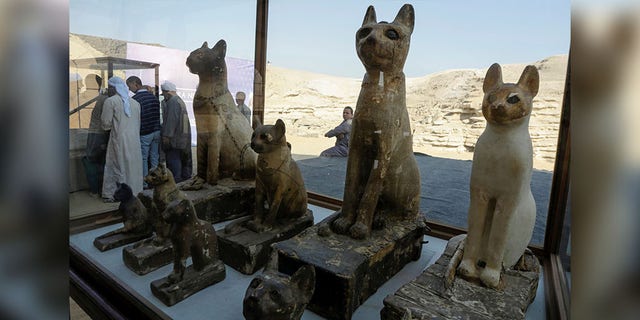 Cat statues that were found inside a cache, at the Saqqara area near its necropolis, are pictured in Giza, Egypt, Saturday. (REUTERS/Hayam Adel)

Tests are underway to determine if two of the mummified animals are lion cubs, the BBC reported, adding that the discovery of intact lions is considered rare. 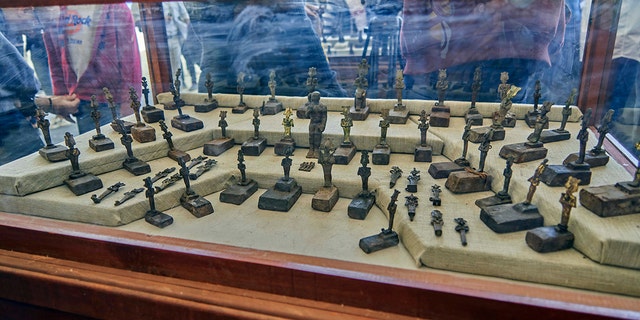 Saqqara is an ancient burial ground that served as the necropolis for Memphis, the capital of ancient Egypt for more than two millennia.

Located around 18 miles south of Cairo, Saqqara was an active burial ground for more than 3,000 years and boasts at least 11 pyramids – including the Step Pyramid. It is a UNESCO World Heritage Site. 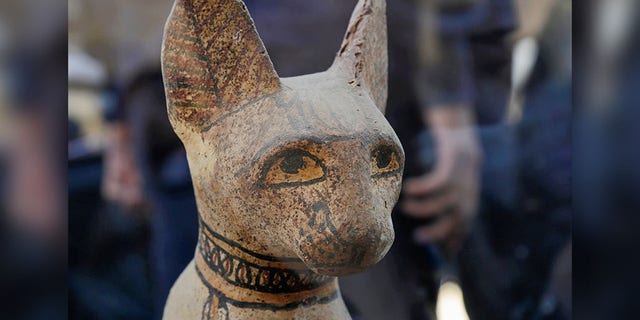 A cat statue that was found inside a cache, at the Saqqara area near its necropolis is pictured in Giza, Egypt, Saturday. (REUTERS/Hayam Adel)

Archaeologists frequently find mummified cats but the recovery of a lion is rare. In 2004, the first lion skeleton was found in Saqqara, revealing the sacred status of the animal in ancient times.

Archaeologists also found wooden and bronze cat statues representing the ancient goddess Bastet and a rare large stone scarab, which Mostafa Waziri, secretary-general of the Supreme Council of Antiquities, described as “the largest all over the world.” 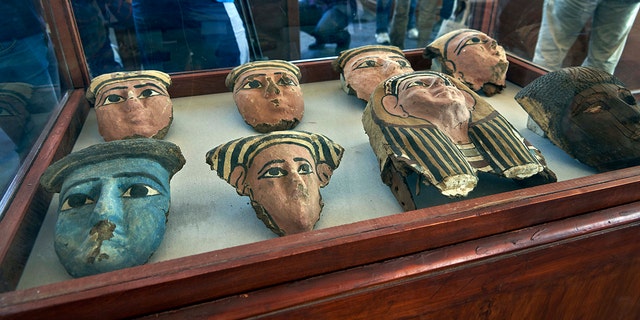 Wooden and clay mummies masks are displayed in Saqqara, south Giza, Egypt. Saturday, Nov. 23, 2019. The new discovery was displayed at a makeshift exhibition at the famed Step Pyramid of Djoser in Saqqara, south of Cairo, near the mummies and other artifacts were found in a vast necropolis. (AP Photo/Hamada Elrasam)

They also displayed two mummies of ichneumon, or the Egyptian mongoose, wrapped in linen bandages and wooden and tin-glazed statuettes of the goddess Sekhmet, represented as a woman with the head of a lioness. Scholars say Sekhmet (1390-1252 B.C.) was a goddess of war and the destroyer of the enemies of the sun god Re.

The Saqqara discovery is the latest in a series of new finds that Egypt has sought to publicize in an effort to revive its key tourism sector, which was badly hit by the turmoil that followed the 2011 uprising that toppled longtime autocrat Hosni Mubarak.