Many Californians live in fear of the ‘big one,’ but new research suggests the ‘small ones’ might be an even bigger problem.

Scientists from CalTech and NASA’s Jet Propulsion Laboratory recently published the findings from a study of this summer’s Ridgecrest earthquake, the biggest to hit California in 20 years, and one that caught many off guard.

Researchers from analyzed seismographic information topographical imagery from the ALOS-2 and Sentinel-1A/B satellites to try and explain what happened. 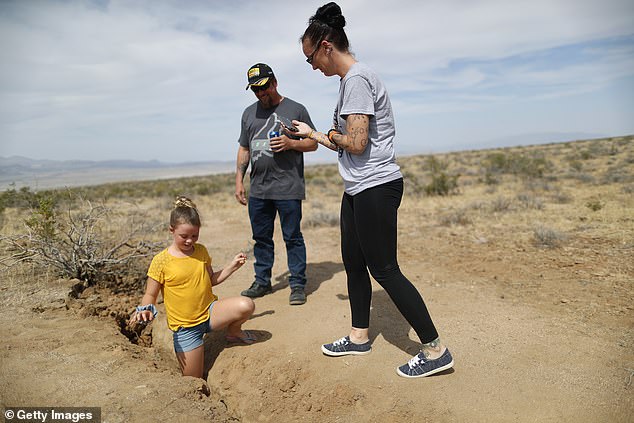 Scientists at Caltech studied the Jule 2019 Ridgecrest quakes and found they were caused by at least 24 smallr faults rupturing, many of them previously undiscovered

According to a report on their research from the LA Times, it turned out the quake wasn’t the result of a single fault but at least 24 intersecting or adjacent faults causing a kind of domino effect, or ‘earthquake swarm.’

It began on July 4th in the craggy desert town halfway between Los Angeles and Death Valley, with three smaller quakes, of magnitude 6.1, 6.2, and 6.2, causing dozens of smaller fault lines across the region to rupture.

The smaller ruptures contributed to an even bigger quake on July 5th, a 7.1 magnitude, and more than 100,000 aftershocks.

Shaking was felt as far away as Phoenix, San Diego, San Francisco, and Reno.

‘These earthquakes have connected together segments that were thought to be independent before but now have been shown to actually connect in one big earthquake,’ Caltech’s Egill Hauksson told the LA Times. 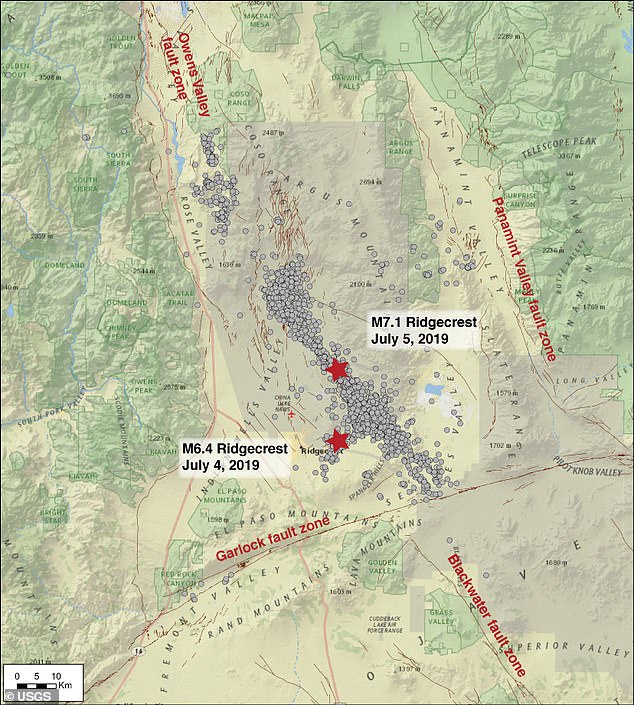 Researchers documented all the seismic events in the region between July 4th and August 15th, with gray circles representing quakes of at least 2.5 magnitude, and red stars showing the location of the main Ridgecrest quakes

Many of the smaller faults had previously been mapped and helped to extend the length of the event, while driving it to higher magnitudes than current modeling software would have predicted.

‘These faults are unmapped … many of them are at right angles to each other; they’re cross-cutting each other.’

‘In the central portion of it, they are spaced a few kilometers apart, like dominoes.’ 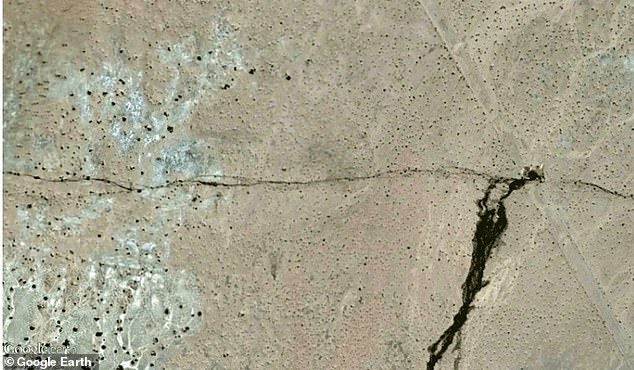 The July 5th quake was a 7.1 magnitude and left a new open scar in the surface of the Earth

Researchers suggest that the current methods for calculating the size of earthquake zones might significantly underestimate the area of risk.

They looked at how a similar set of mechanics drove the 2016 Kaikoura earthquake in New Zealand, which so smaller fault ruptures activated across more than 120 miles of the country’s coastline. 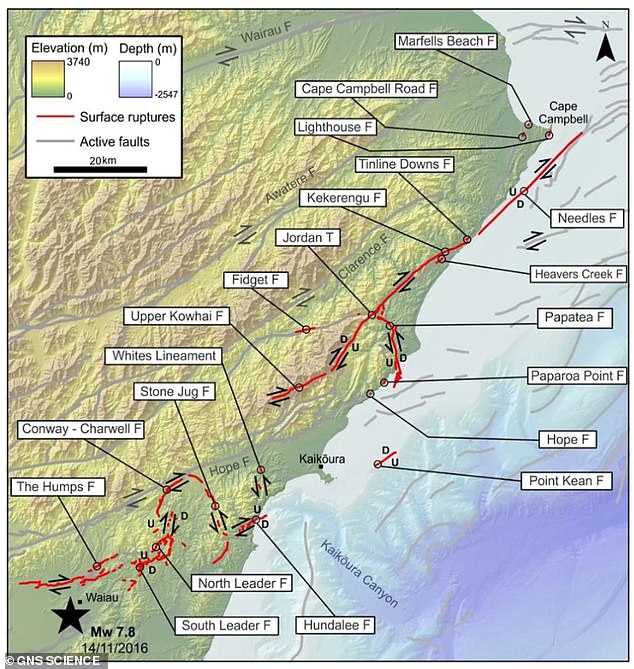 Caltech scientists saw a similar swarming effect at work in the 2016 earthquake in Kaikoura, New Zealand

‘In the Kaikoura earthquake, there were multiple ruptures over a wide area … and that’s kind of mind-boggling,’ Hauksson said.

‘And it’s important because that means a lot more people are affected — the surface rupture and the surface ground shaking are spread over a much wider area.’

In Ridgecrest, the main shock terminated a few kilometers away from the region’s main faultline, the Garlock fault, the second longest in California that spans 160 miles across state’s high desert region. 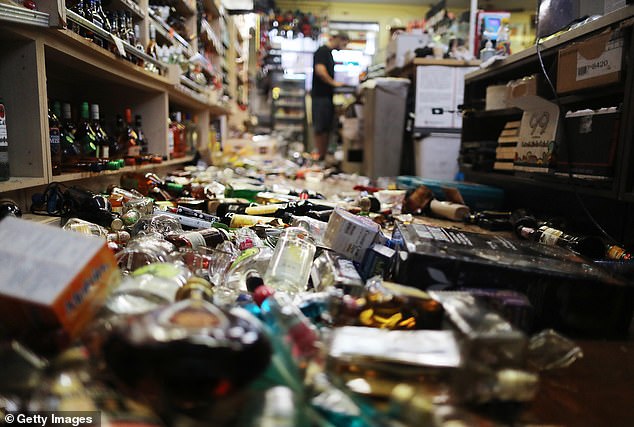 The Ridgecrest earthquake was the largest in 20 years in California 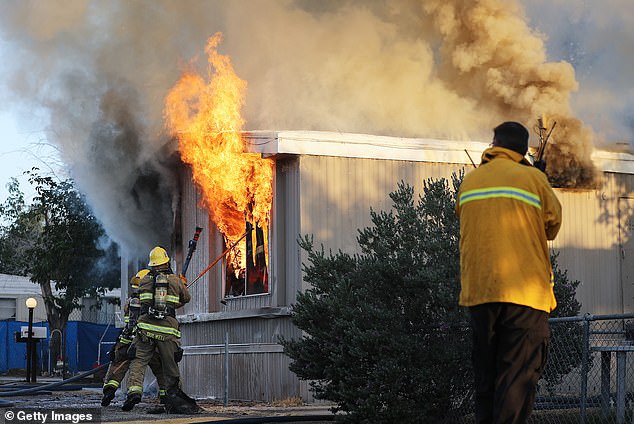 The Ridgecret earthquake caused shaking that was felt as far away as Phoenix, San Francisco, Reno, and San Diego 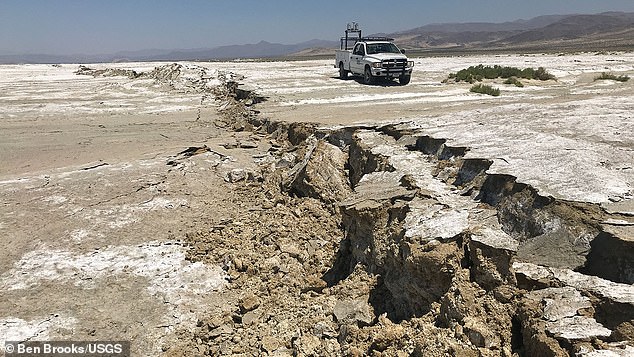 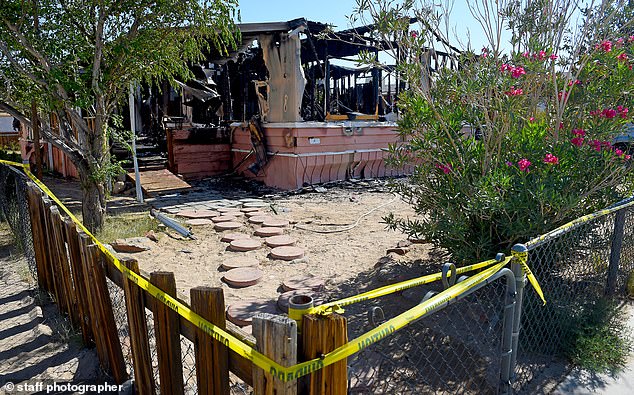 The Garlock fault cross the San Andreas fault, the state’s longest,in the Tehachapi Mountains that separate Los Angeles from the San Joaquin Valley.

Researchers pointed to the high number of smaller previously unmapped faults involved in the Ridgecrest quake as a ‘formidable challenge in quantifying regional seismic hazards.’

Catastrophic earthquakes are caused when two tectonic plates that are sliding in opposite directions stick and then slip suddenly.

Tectonic plates are composed of Earth’s crust and the uppermost portion of the mantle.

Below is the asthenosphere: the warm, viscous conveyor belt of rock on which tectonic plates ride.

These are called intraplate earthquakes.

These remain widely misunderstood but are believed to occur along minor faults on the plate itself or when ancient faults or rifts far below the surface reactivate.

These areas are relatively weak compared to the surrounding plate, and can easily slip and cause an earthquake.