Paws for recollection: Cats and dogs can remember events that happened years ago and respond to memory prompts just like humans

Cats and dogs can remember events that happened years ago and respond to memory prompts just like humans, a study has concluded.

Researchers from Denmark surveyed cat and dog owners about the occasions on which their pets had shown signs of remembering a specific past event.

The team found that the majority of cats and dogs seem to have a so-called episodic memory — one often triggered by cues like locations, just like our memories are. 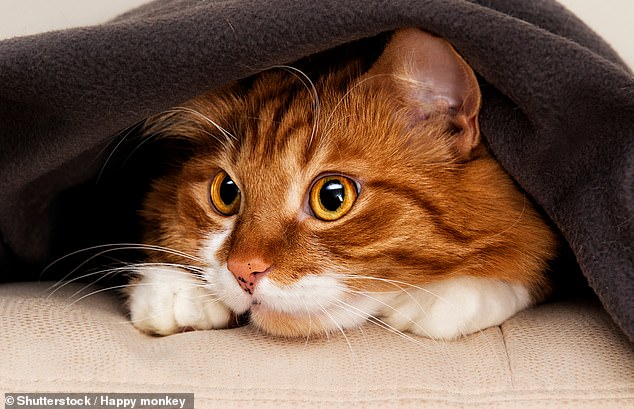 Cats and dogs can remember events that happened years ago and respond to memory prompts just like humans, a study has concluded

In their studies, Psychologists Amy Lewis and Dorthe Berntsen of Aarhus University in Denmark surveyed a total of 375 cat and dog owners who had cared for their pet for more than six months.

They asked whether each owner felt that their pet had ever remembered a past event or events — what experts call ‘episodic’ memory.

If they did, the owners were asked to report on their pet’s memory of this event — considering whether their were any similarities in the location of the remembered event and the animal’s surroundings at the time of recollection.

Participants were asked to exclude those experiences that the pet had come to expect as occurring at a given time or place (like being fed at dinner time), as this could be explained by a different type of recollection, called ‘semantic memory’.

Instead of covering specific events, semantic memory covers general knowledge about the world — in humans, for example, this might include knowing that the sky is blue or knowing how to use a telephone.

The researchers found that the majority of participants reported that their pets remembered past events — with similar proportions of cats and dogs showing signs of having an episodic memory.

In fact, only 20 per cent of owners did not feel that their pet had exhibited signs of recalling specific past events. 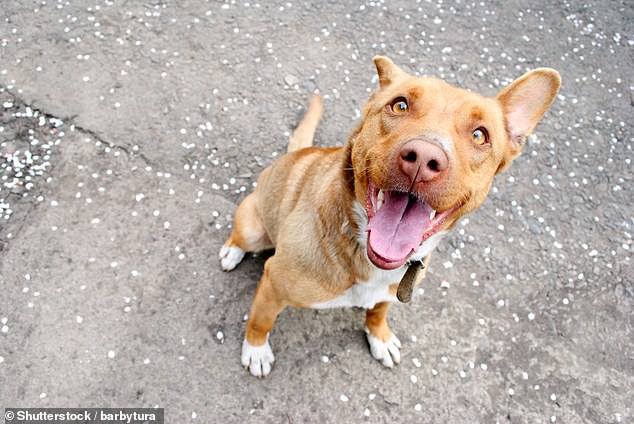 The team found that the majority of cats and dogs seem to have a so-called episodic memory — one often triggered by cues like locations, just like our memories are

The team report that more of the remembered events took place months before the recollection than over lesser spans of time — and nearly half of the events were recalled ‘a few times’ by the pets, the owners said.

Furthermore, the recollections seemed to be largely — in around 80 per cent of cases — triggered by the animal’s surroundings, with location being the most frequent cue, while ‘interaction with an animal or person’ also common.

While cat and dog memories appeared similar in most respects, the team did note that dogs’ memories tended to be rated more positively than cats’ ones.

The researchers caution, however, that this could be a result of the owner’s opinions, or alternatively the more nuanced ways in which cats display emotion.

‘The findings suggest that both cats and dogs have event memories,’ the researchers wrote.

‘More than half of event memories described events that occurred once, suggesting the recall of temporally specific events.’

The full findings of the study were published in the journal Applied Animal Behaviour Science.

WHEN DID PEOPLE START KEEPING ANIMALS AS PETS?

Pets have been a companion to humans for millennia.

In fact, according to Greger Larson, director of the University of Oxford’s palaeogenomics and bio-archaeology research network, humans have likely kept baby animals for amusement as long as humans have lived.

But the story of exactly how animals became domesticated is much debated and often only glimpsed at from scraps of fossils and DNA.

Scientists largely agree that dogs were the first domestic animal. They were tamed and used for work or for their meat.

A study published by University of Maine researchers in 2011 found evidence that dogs were being bred, and, eaten, by humans living in Texas some 9,400 years ago.

A more recent study in 2017 found dogs were domesticated in a single event by humans living in Eurasia.

‘New research last year provocatively suggested that dogs could have been domesticated twice but our conclusion was there is no evidence for dual domestication.

‘We would argue that finding evidence for only one domestication event is a big deal, because it is very important to helping us understand how domestication works.’

His research found that dogs evolved to be a separate species from wild wolves sometime between 20,000 and 40,000 years ago.

But it’s not known if they were the first pets, and kept for companionship.

A study this year found  compared the genomes, or complete genetic codes, of modern domestic and wild rabbits to see how long it had taken them to diverge.

Using the known mutation rate of certain biomolecules as a ‘molecular clock’ they found it was not possible to pin down rabbit domestication to a single date or event.

Instead, the creation of tame buns appeared to be a cumulative effect stretching back to Roman times and possibly the Stone Age.

The story of domestication is not a linear progression from wild to domestic, Larsen told the Smithsonian.

‘These things exist on a continuum,’ says Larson. He said when the first pet came into being is ‘a bit like asking when did life begin?’