The Higgs boson is believed by particle physicists to play a fundamental role in the forces that shape the Universe. The particle, which is named after British physicist Peter Higgs, interacts with the Higgs field – an energy field that imparts mass on particles that fly through it. And yet very little is still known about the Higgs, which was only confirmed by scientists in 2012 after half-a-century of theoretical work.

The discovery filled a gap in the Standard Model of Particle Physics that explains how elementary particles gain mass.

This is a crucial problem as without mass, matter as we know it would not exist.

As a result, the Higgs boson has been popularly known as the God Particle since the 1990s.

The ultra-rare decay was observed by physicists at the Large Hadron Collider (LHC) at CERN in Geneva, Switzerland. 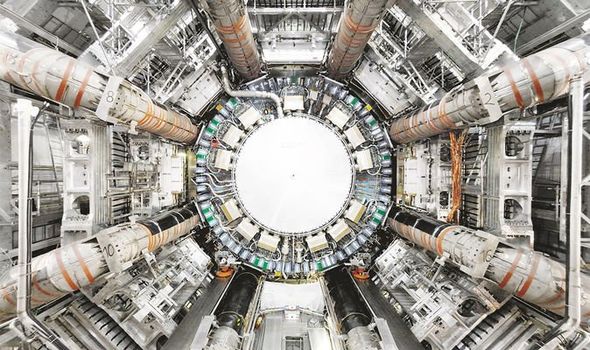 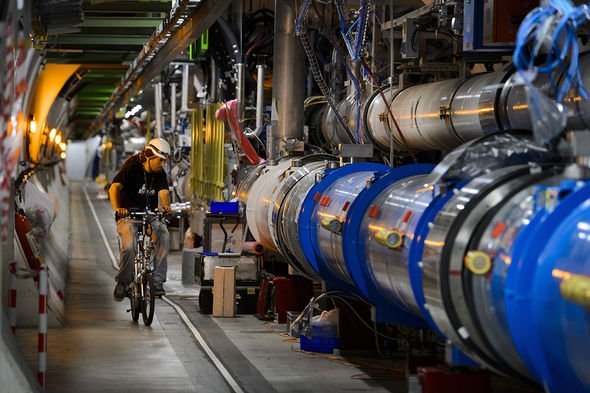 The results were announced by the ATLAS and CMS experiments, which are part-funded by the UK’s Science and Technology Facilities Council (STFC).

Muons, just like electrons, are elementary particles that make up matter.

The discovery is pivotal as it indicates the Higgs boson interacts with second-generation elementary particles. 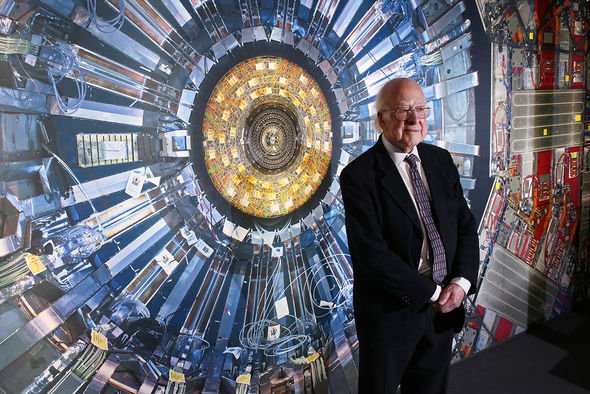 The scientists believe this discovery will shed more light on the mysteries of the Universe.

Professor Claire Shepherd-Themistocleous from STFC’s Rutherford Appleton Laboratory said: “The extraordinary capabilities of the CMS experiment and the ingenuity of the members of the collaboration from around the world, including, of course, the UK, have once again produced a beautiful result.

“The observation of Higgs boson decays to the second generation of fundamental particles enables tests of the standard model and opens up a new avenue of exploration for evidence of physics beyond our current understanding.”

Leader of the Higgs CMS group Dr Nicholas Wardle, Imperial College London, said: “Neither of these results would have been possible without the excellent calorimetry, trigger or tracking sub-systems at CMS.

DON’T MISS…
LHC in pictures: An Exclusive look at the CERN collider [PICTURES]
UFO sighting near ISS in NASA live stream [VIDEO]
Is dark matter leaking into our universe from ANOTHER DIMENSION? [INTERVIEW]

“The UK plays a huge role in the design and construction of these systems.”

Physicists have been studying the Higgs boson since 2012, by accelerating and smashing together particles at the LHC.

The world’s largest particle accelerator pushes protons along a 17-mile (27km) track to near the speed of light, before smashing them together in giant particle detectors.

When the protons collide, they are almost instantly broken up into smaller parts, including the Higgs boson.

The physicists at CERN can then observe how these smaller particles behave and decay, all within fractions of a second.

The CMS experiment at CERN found evidence of the Higgs boson decaying into muons with 3 sigma, meaning the odds of the results being a statistical fluctuation are less than one in 700. 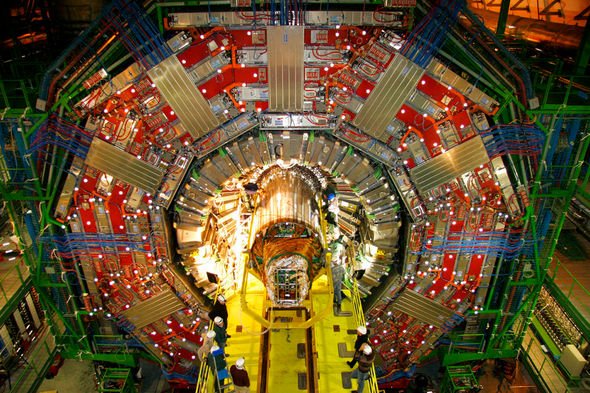 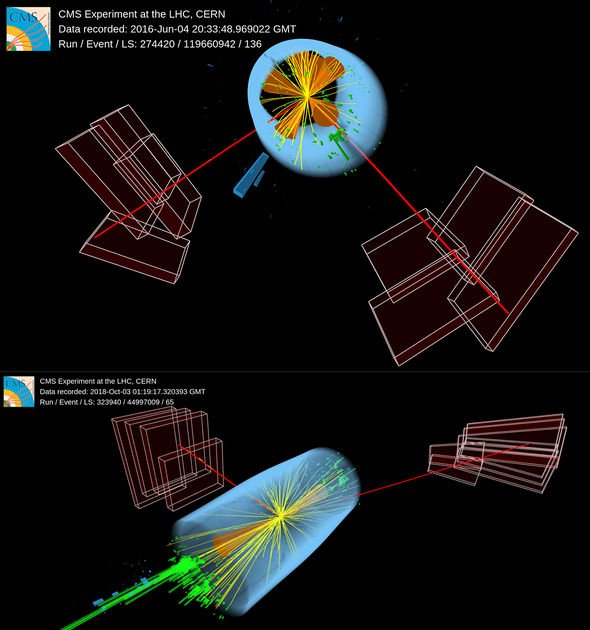 The 2 sigma result observed by the ATLAS experiment, means the odds are one in 40.

The detected decay is all the more impressive because for every predicted Higgs boson decay into a muon, thousands of muon pairs are produced through other processes.

Professor Sinead Farrington, University of Edinburgh, Spokesperson for the UK institutes on ATLAS, said: “Seeing this type of decay for the first time is an exciting landmark that opens a completely unexplored domain for characterising the Higgs sector.”

The results were announced during the 40th International Conference on High-Energy Physics (ICHEP 2020).

Professor Victoria Martin, ATLAS collaborator, at the University of Edinburgh said:”Finding out more about the Higgs boson is always an exciting occasion for the ATLAS experiment collaboration, especially so for the over 500 collaboration members from the UK.

“After 25 years of effort to plan, build, operate and collect and analyse data from the ATLAS experiment, we now have a better answer to one of the questions that the LHC and ATLAS was designed to explore: how and why matter (stuff) gets mass.

“Taken together, the new observations announced this week by ATLAS provide a lot of extra weight to the theory that fundamental subatomic particles obtain their mass through interactions with the Higgs boson.”

And said Roberto Carlin, spokesperson for the CMS experiment, said: “CMS is proud to have achieved this sensitivity to the decay of Higgs bosons to muons, and to show first experimental evidence for this process.

“The Higgs boson seems to interact also with second-generation particles in agreement with the prediction of the Standard Model, a result that will be further refined with the data we expect to collect in the next run.”

The Science and Technology Facilities Council (STFC) co-ordinates and manages the UK’s involvement and subscription with CERN.