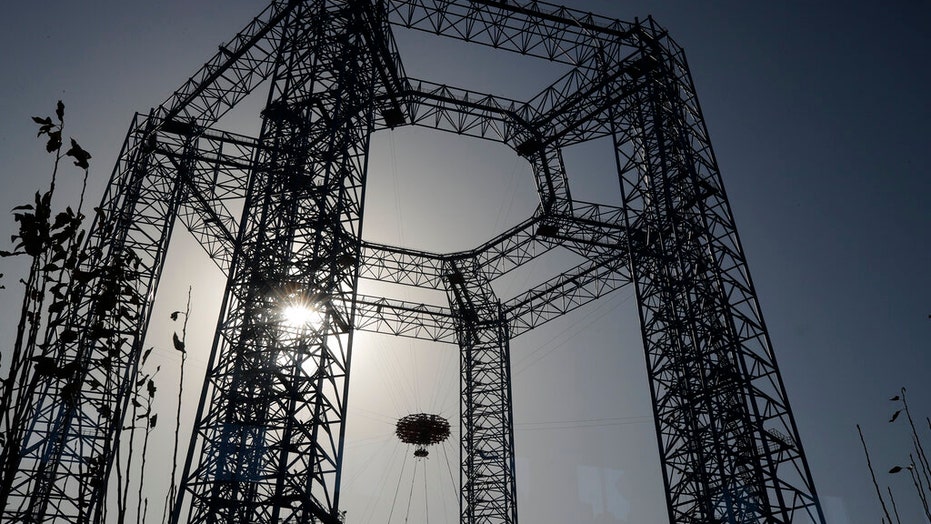 A brand new impact crater has been discovered on the Red Planet Mars, exposing a ‘darker material’ underneath the reddish dust covering Mars’ surface which has scientists stumped. The crater is a result of an asteroid hitting Mars sometime within the past three years. It’s unclear exactly when the impact occurred, but the best guess is that the impact crater formed between September 2016 and February 2019.

China is making preparations to send its Tianwen-1 Mars rover to the Red Planet.

The rover, which will be China’s first to reach the Martian surface, will be carried into space on a Long March-5 rocket.

The carrier rocket has been moved into position and is due to blast off from the Wenchang Space Launch Center, in the southern island province of Hainan, in late July or early August, according to scientists involved in the project. 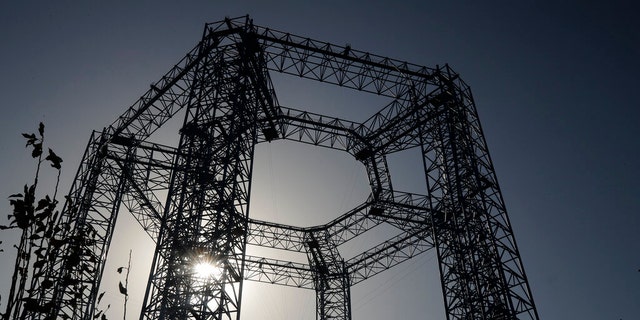 In this Thursday, Nov. 14, 2019 file photo, a Mars lander is lifted during a test for its hovering, obstacle avoidance and deceleration capabilities at a facility at Huailai in China’s Hebei province.
(AP Photo/Andy Wong)

Tianwen means “questions to heaven” and is the name of a poem by ancient Chinese poet Qu Yuan.

“The Tianwen-1 probe, with a mass (including fuel) of about 5 tonnes, comprises an orbiter and a lander/rover composite,” explains the mission’s chief scientist and his team in a recent paper published in the journal Nature Astronomy. “The orbiter will provide a relay communication link to the rover, while performing its own scientific observations for one Martian year.”

The probe is expected to reach Mars seven months after its launch. “The lander/rover will perform a soft landing on the Martian surface some 2–3 months after arrival of the spacecraft, with a candidate landing site in Utopia Planitia,” the chief scientist explains in the paper. In 1976, NASA’s Viking 2 Lander also landed in Utopia Planitia. 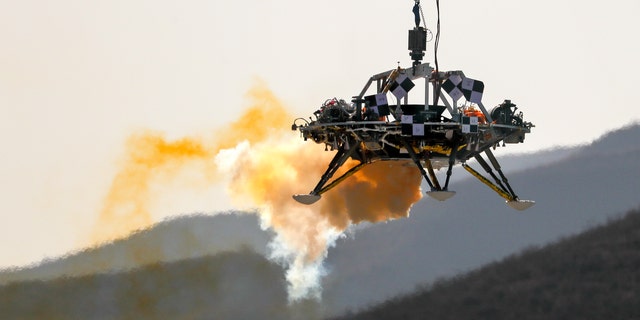 In this Thursday, Nov. 14, 2019 file photo, the Mars lander’s hovering, obstacle avoidance and deceleration capabilities are tested at a facility at Huailai in China’s Hebei province.
(AP Photo/Andy Wong)

In 2011, China launched its Yinghuo-1 Mars exploration mission, but the orbiter was stranded in near-Earth orbit following a malfunction on the Russian Phobos-Grunt mission carrying it into space. NASA noted that the Chinese and Russian spacecraft reentered Earth's atmosphere on Jan. 15, 2012.

This is a busy time for Mars launches. The United Arab Emirates recently launched its Amal orbiter to the Red Planet. Amal, which is Arabic for Hope, will not land on Mars, but is the Arab world’s first interplanetary mission.

NASA is also getting ready to launch its Mars 2020 Perseverance rover on an epic mission to the Red Planet. The launch window for the spacecraft that will carry the Perseverance rover to Mars opens on July 30 and closes on Aug. 15 of this year.

Launched atop a United Launch Alliance Atlas V rocket from Cape Canaveral Air Force Station in Florida, the rover is scheduled to land on Mars’ Jezero Crater on Feb. 18, 2021. The mission’s duration on the Red Planet’s surface is expected to last at least one Martian year.