Citizen scientists spot 1,500 ‘cool worlds’ that are more massive than planets but lighter than stars lurking near the Sun in the Milky Way

Citizen scientists found more than 1,500 brown dwarves — ‘cool worlds’ that are more massive than planets but lighter than stars — in our galactic neighbourhood.

The discoveries were part of ‘Backyard Worlds: Planet 9’, a project which recruited more than 100,000 people to scour astronomical data for new ‘nearby’ objects.

Some of the brown dwarves are even among the coolest of their type known — with temperatures close to that of the Earth and the potential to harbour water clouds.

The closest of the newly-discovered brown dwarves lies just 23 light years from the Earth, with many of the others within 30–60 light years, astronomers said. 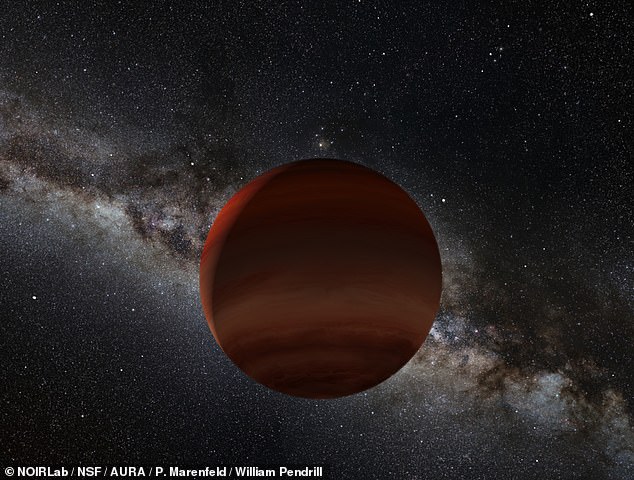 Citizen scientists found more than 1,500 brown dwarves — ‘cool worlds’ that are more massive than planets but lighter than stars — in our neighbourhood. Pictured, an artist’s impression of one of the newly-discovered brown dwarves, with the Milky Way in the background

‘These cool worlds offer the opportunity for new insights into the formation and atmospheres of planets beyond the Solar System,’ said paper author and astronomer Aaron Meisner of the National Science Foundation (NSF)’s NOIRLab.

‘This collection of cool brown dwarfs also allows us to accurately estimate the number of free-floating worlds roaming interstellar space near the Sun.’

Brown dwarves are the ‘cooling embers’ of space — to small to support the nuclear reactions that power stars, they are faint and challenging to spot, which is why astronomers have been hunting for them close by, in our galactic neighbourhood.

Experts believe that brown dwarves cool as they age, starting at near-stellar temperatures but cooling until they are on a par with planets like Earth — a hypothesis which the recent findings have provided evidence to support.

The Backyard Worlds project recruited more than 100,000 citizen scientists to study trillions of pixels of telescope images looking for the subtle signs of planets and brown dwarves moving out in space.

According to the astronomers, there is still no substitute for the human eye when it comes to scouring telescope images for subtle evidence of moving objects — despite recent advances in machine learning and supercomputer hardware.

Although the researchers have only published data on the coldest 95 of the finds, the volunteers have identified more than 1,500 brown dwarves in the astronomical data — a record-breaker for any citizen science program by a factor of 20.

‘It’s awesome to know that our discoveries are now counted among the Sun’s neighbour and will be targets of further research,’ said paper co-author and citizen scientist Jim Walla added. 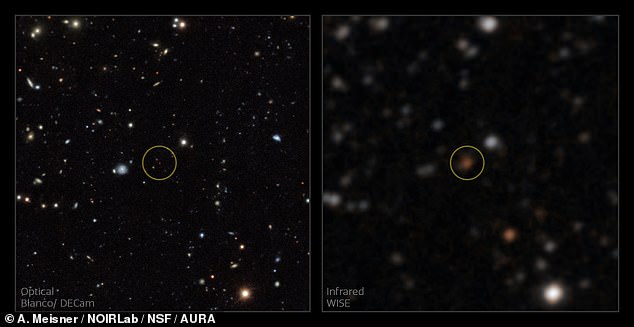 The discoveries were part of ‘Backyard Worlds: Planet 9’, a project which recruited more than 100,000 people to scour astronomical data for new ‘nearby’ objects. Pictured, one of the newfound brown dwarves as seen in data from Legacy Surveys DR8 (left) and WISE (right)

The project made use of Astro Data Lab, a special online portal that allows researchers and citizen scientists to explore massive astronomical catalogues — containing billions of objects — with ease.

‘This paper is evidence that the solar neighbourhood is still uncharted territory and citizen scientists are excellent astronomical cartographers,’ said paper author and astronomer Jackie Faherty of the American Museum of Natural History.

‘Mapping the coldest brown dwarfs down to the lowest masses gives us key insights into the low-mass star formation process while providing a target list for detailed studies of the atmospheres of Jupiter analogues.’ 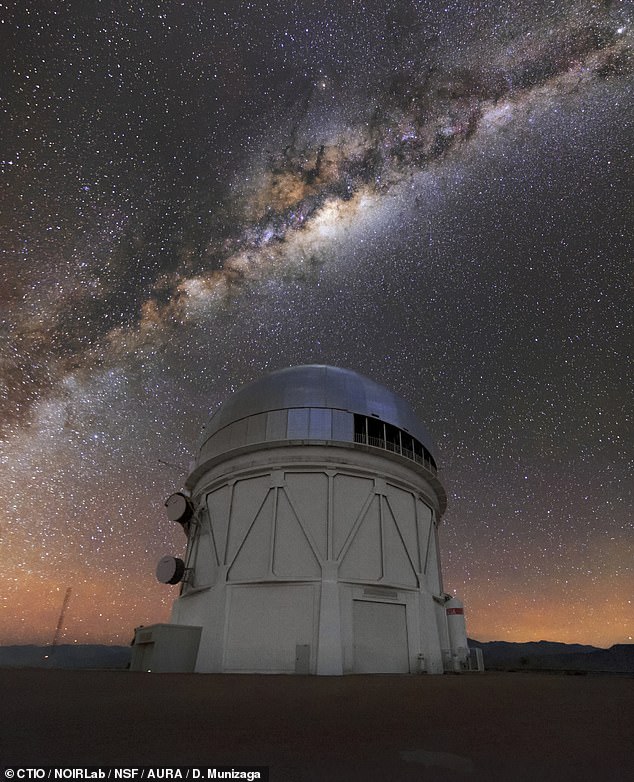 ‘By making archival data from NSF’s Mayall and Blanco telescopes publicly available and easily accessible […] folks with a fascination for astronomy can make a real contribution to science and to our understanding of the Universe.’

‘Vast modern data sets can unlock landmark discoveries and it’s exciting that these could be spotted first by a citizen scientist,’ agreed Dr Meisner.

‘Members of the public can play an important role in reshaping our scientific understanding of our solar neighbourhood,’ he concluded.

The full findings of the study were published in The Astrophysical Journal.