Should aviation be taxed more? Should SUVs be banned? Should wind power be subsidised by taxpayers?

These are the sort of the climate-related questions to be pondered by a new “citizens’ assembly”, composed of 110 members of the public.

The panel has been selected to reflect key sectors of society and a range of opinion.

They will spend four weekends listening to evidence from experts on how climate policy and science will affect the UK.

Then they’ll offer their opinions on the best ways for Britain to achieve its demanding law that mandates “net zero” carbon emissions by 2050.

Net zero describes achieving an overall balance between the emissions produced and emissions removed from the atmosphere.

What’s the reasoning behind it?

The idea for this unprecedented assembly was conceived by MPs on six parliamentary select committees who want to learn more about the public’s opinions on climate change.

It will solely offer advice for the UK to meet its own Climate Change Act.

It will not debate the scientific consensus that climate change is dangerous.

Nor will it debate if the net zero target should be brought forward to 2030, as the Extinction Rebellion group has called for.

What will the jury members do?

Some 30,000 invitations to take part were sent out under a process designed to represent all parts of the UK and differences in race, gender, age and views on climate change. People from both rural and urban areas were selected.

Thousands agreed to take part, then these were whittled down to 110.

The gathering will include views of all hues – from people who don’t fear climate change to those who definitely do. 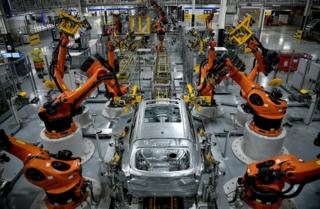 Most of the presentations they experience will come from academics, although think-tanks, NGOs, and industry voices will also be heard.

On food, for instance, the assembly will hear opposing views from the National Farmers Union and from the Royal Society of Arts and Commerce, which argues for the need to change the way we farm.

The project’s being organised by a charity, Involve. It pledges to “uphold key principles of balance, accuracy and comprehensiveness”.

What will be the outcome?

The assembly’s website says the members of its advisory panel were chosen to represent a broad range of views across different sectors. All the expert advisers are acting voluntarily.

Sarah Allan from Involve told BBC News: “The aim is to give people a say on how the UK tackles climate change, and to give parliament and the government an understanding of what people think and where priorities lie.

“The focus is on how the UK achieves net zero. We will get people to look at trade-offs. They can’t say: ‘we want net zero’ then vote for doing nothing about it.’

She continued: “The Irish assembly was an incredibly useful tool for decision-makers – we are very optimistic that the UK climate change assembly will be useful too.”

One of the project’s leaders is Lorraine Whitmarsh, professor of environmental psychology at Cardiff University.

“It’s very exciting – we haven’t done anything on this level before,” she told BBC News. “It’s huge, and the recruitment (of members) has to be gold standard.”

Will climate sceptics be involved?

Ms Whitmarsh explained: “There will be sceptics who don’t even believe climate change is caused by humans. But even they may want to consider evidence that some climate polices (such as active transport) will have health benefits attached.

“There will be other people who are very worried about climate change – but they may turn out to be unwilling to take on some of the financial consequences involved.

“It’s going to be really interesting.”

The announcement by the six select committees to hold a citizens assembly on climate change was in direct response to government policy on net zero carbon emissions by 2050, and was announced on 20 June 2019.

The net zero policy became law on 27 June 2019, making the UK the first major economy in the world to legislate for net zero. The 2019 Conservative party manifesto re-affirmed the government’s commitment to this target.